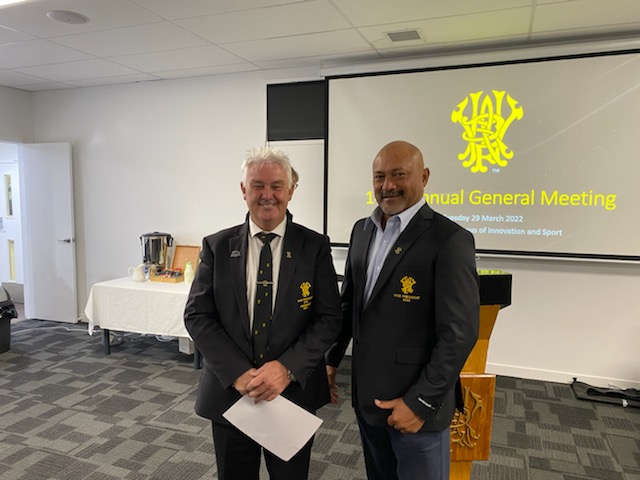 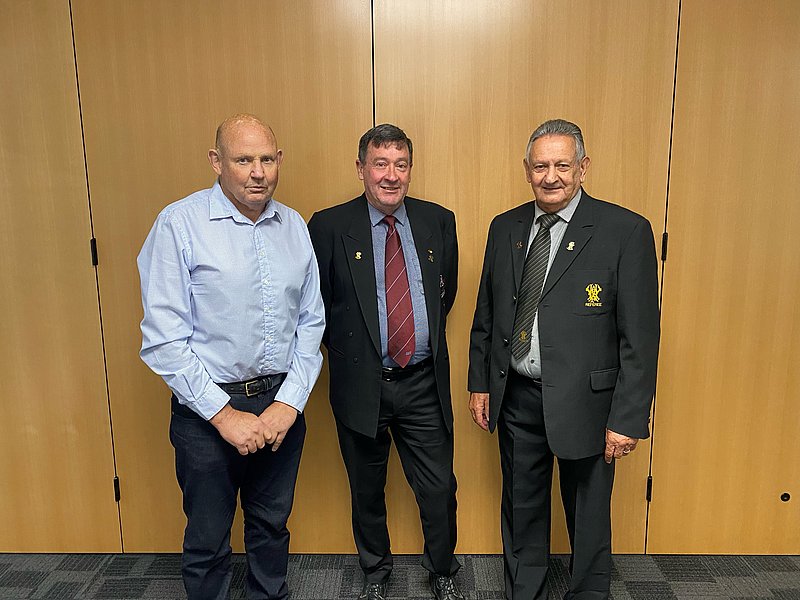 “It was only fitting they be bestowed this honour after contributing a combined 65+ years of service to Wellington Rugby.”

All three have been longstanding Delegates of their Clubs, have sat on various subcommittees, and have been involved as Liaison Officers for visiting teams at NPC, Super Rugby, and international levels (including the former Wellington International Sevens tournament).

“These three gentlemen are volunteers in the truest sense. They have provided over 20 plus years’ service each and along the way given up countless evenings and weekends for the betterment of their Clubs, and Wellington Rugby” Poole said.

All three won’t be “hanging up the boots anytime soon”. Mike Dilnott now resides in Thames but provides support to their local rugby referees association, Gary Gosper continues to serve on the Rugby Board and Club Rugby Subcommittee, and Kevin Pulley continues as a liaison officer.

Poole congratulated Ken Ah Kuoi on his appointment noting “Ken is extremely well respected across the Wellington Rugby family, and that he would continue to foster robust relationships within the community”.

Poole expressed his sincere appreciation to the pair noting that “all Directors give freely of their time and make important contributions whilst on the Board.

Ross’ passion in everything he does, including leading our Revenue sub-committee with gusto over the last few years in what can only be described as a very challenging and often thankless task. Without his efforts, WRFU’s financial position would be significantly worse than it is today. He has also been a significant contributor to our Facilities conversations and our move to the NZCIS premises, alongside his six years’ service as one of three WRFU Directors on the Hurricanes Board”.

Paul spent time on our International Academies sub-committee and over the last three years as part of our amateur rugby programme with special attention on our U19 programme.

Financially WRFU recorded an operating loss of $499K which was further eroded by its share of the Hurricanes, who had an equally challenging year in 2021. The Union’s total loss amounted to $833K.

Despite the union being able to work its way through another challenging year in the Union’s history, Wellington Rugby chief executive Matt Evans said there was some light on the horizon.

“Despite the challenges there continues to be very strong support for the Provincial and Community game in our part of the world, and we are very grateful to all our very generous partners for their support. Their continued backing as we strive to maximise rugby participation, within a financially sustainable framework, is heartening for everyone involved in delivering our game. We look forward to working with our community as we continue to evolve the game and provide opportunities that engage a wider and more diverse audience.”