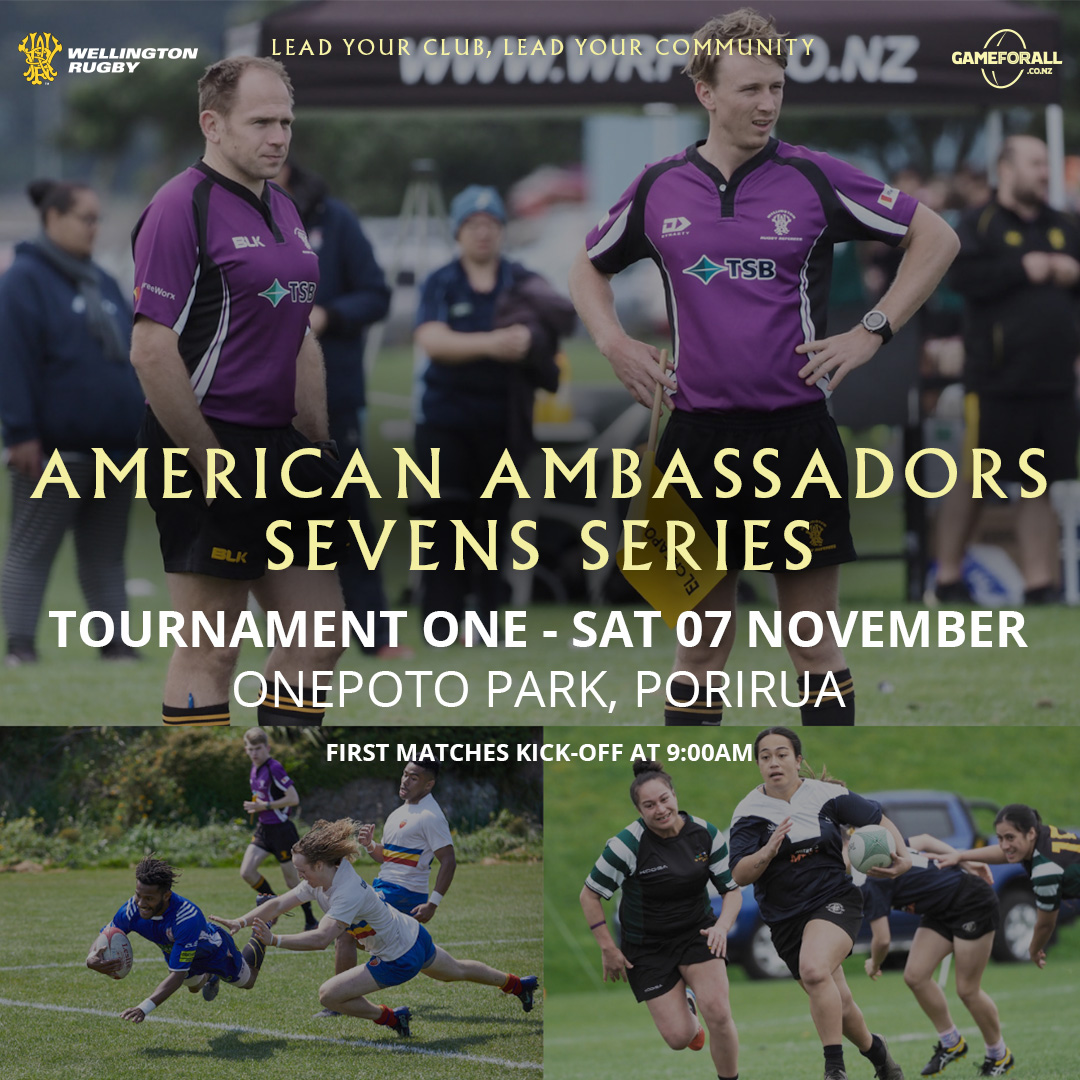 The first tournament of the WRFU American Ambassadors Sevens Series kicks off this weekend on Saturday 7 November at Onepoto Park in Porirua.

The tournament kicks off at 9:00am and will consist of two grades - Men’s and Women’s.