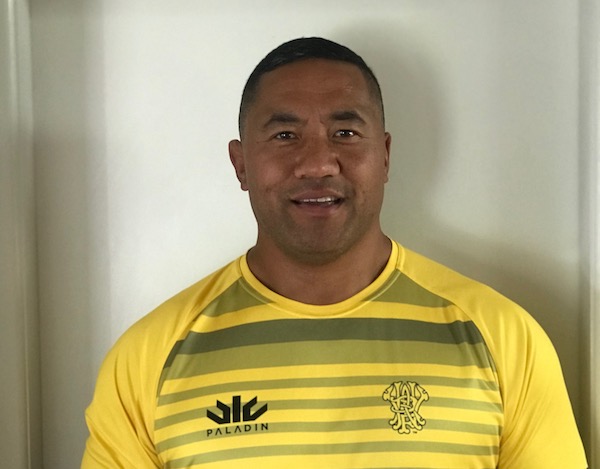 Wellington Rugby are pleased to announce that Zak Feaunati has been appointed as the Head Coach for the Wellington Pride.

Feaunati is naturally excited with the challenge ahead and is looking forward to working with the players, clubs and wider management group in the season ahead.

With a wealth of experience and expertise from a range of teams and competitions in the men’s and women’s space, Feaunati’s involvement will excite everyone involved.

Feaunati, a former Marist St Pats, Canterbury Crusader and Wellington Lions loose forward is a four-time Jubilee Cup winner and went on to build an impressive playing CV as a professional. His international career included playing 14 tests for Samoa between 1996-2006 including the 1999 World Cup, as well as stints with London Irish, Leeds and Bath in the English Premiership.

Following his playing career, Feaunati took up a position as the Director of Rugby with Old Boys University in 2015, helping the club win its first Jubilee Cup in 49 years. Feaunati is currently the Director of Rugby at Marist St Pats and has had great success with St Mary’s College as local and national champions.

Feaunati is joined by Chad Tuoro and Aimee Sutorius as Assistant Coaches. Both Tuoro and Sutorius come from high performance backgrounds and have admirable playing experience.

Over his career, Tuoro represented the All Blacks Sevens team from 2008-09, a key contributor for New Zealand appearing in the 2009 Rugby World Cup recording tries against Italy and Tonga.

Most recently Otago Rugby were fortunate enough to have Sutorius as their Women’s Rugby High Performance Manager, and Otago Spirit Assistant Coach from 2019-20, seeing Otago promoted to the Premiership.

Feaunati, like his Assistant Coaches, is excited by the challenge ahead. The region boasts significant playing resources so players will be eager to prove their credentials to the new coaching team.

Wellington Rugby CEO Matt Evans said he was delighted to secure the services of Feaunati, Tuoro and Sutorius, and he looked forward to the next chapter in the Wellington Pride story.

The Farah Palmer Cup presented by Bunnings Warehouse is scheduled to take place from 17 July to 11 September.