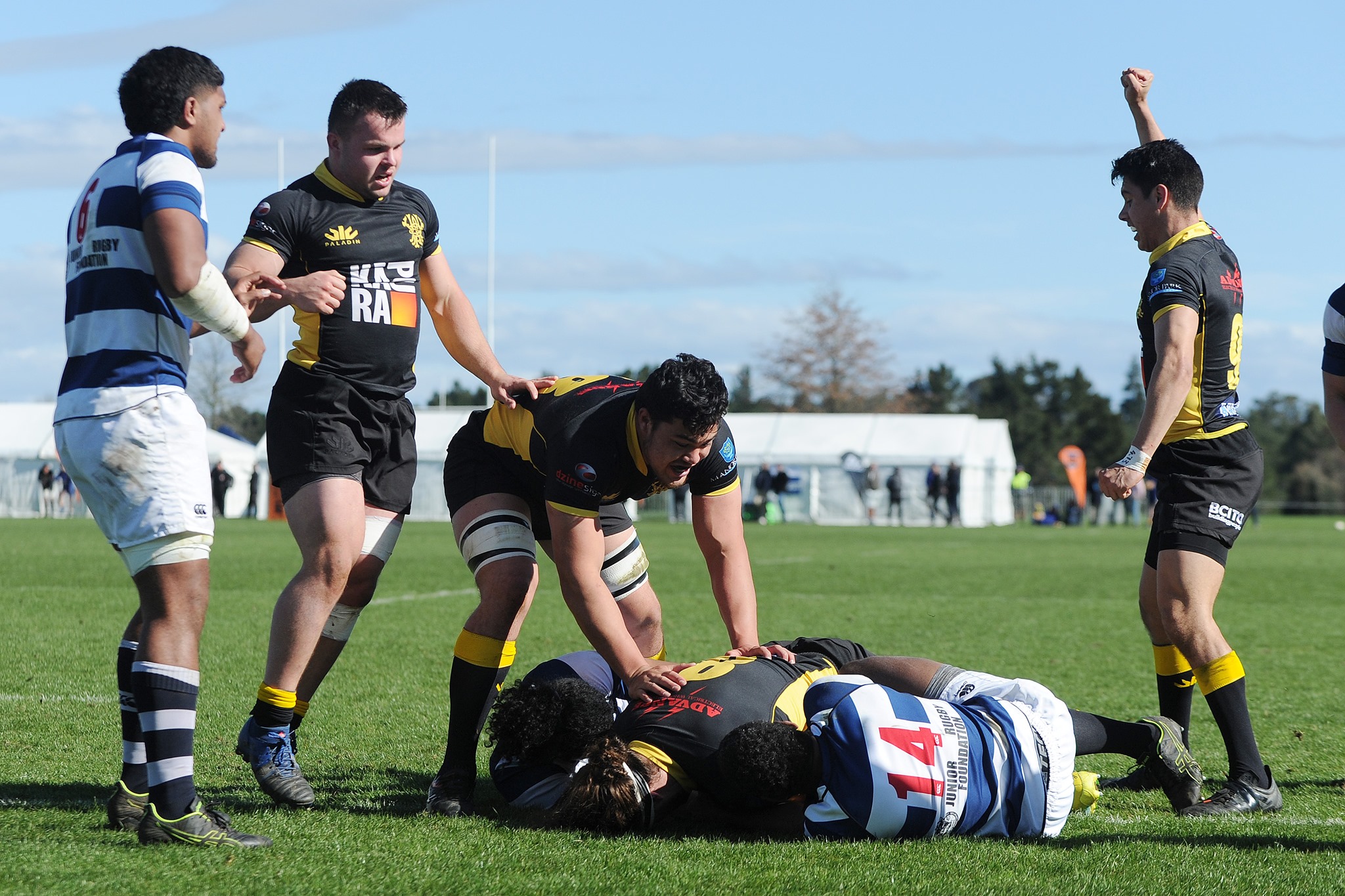 Wellington have lost their National U19 semi-final to Auckland 21-18 in the most extraordinary and unusual circumstances.

The game stretched to golden point extra time, and it was a penalty to Auckland first five-eighth Zarn Sullivan about 10 metres out in front of the posts, which won the game.

The penalty was conceded for a high tackle at a ruck.

Two minutes earlier, Wellington flyhalf Malo Manuao had kicked a penalty from 10 metres in from touch, 30 metres out, to level the scores at 18-18.

Had the entire 20 minutes of additional time been played, it would have been Auckland who advanced by scoring the first try.

No. 8 John Latu made a storming run up the middle of the park and the ball was fired wide to left wing Heremaia Murray who touched down. The try went unconverted and Auckland were ahead 5-0.

Wellington’s set-piece struggled initially, losing a couple of lineouts, although the scrum was powerful all game.

Ironically, Wellington’s lineout would be the source of the first try when lock Taine Plumtree won clean ball and No. 8 Shamus Langton dived over in the 18th minute.

Langton, who had a strong, industrious game, scored a second try by carrying off the back of the scrum, putting Wellington ahead 12-5.

A Manuao penalty just before halftime put them ahead 15-5 at the interval – as they turned to play into the wind.

In the second half, Auckland predictably tried to play for territory but lacked accuracy. Sullivan missed touch twice with penalties.

Auckland kicked a penalty to cut the lead to 15-8, slowly arresting the ascendancy.

What happened next will live in infamy. Wellington lock Caleb Delany was yellow carded for not wearing his mouth guard. Previously a warning and a penalty would have occurred before greater sanction, but a recent rule change means a straight yellow. Auckland would profit first when hooker Soane Vikena drove over from a lineout. The handy conversion was missed and Wellington held a 15-13 lead.

In the last 10 minutes, Wellington camped inside Auckland’s 22. The closest they got to scoring was when Manuao made a cross-kick to wing Junior Time-Taotua, who deflected it inside to Plumtree who stormed down the touchline and beat the fullback,  losing balance close to the sideline. Plumtree fired an in-pass which rebounded off an Auckland player was grounded by an Auckland player.

Wellington won a penalty from the ensuing Auckland defensive scrum under Auckland’s posts and chose to pack down a scrum. They won another scrum penalty but declined the chance to kick the points.

Auckland then broke out from a penalty and fullback Jack Gray got away up towards the 22 and then centre Patrick Namoa scored to put Auckland up 18-15.

With 30 seconds to play, Wellington won the kick-off and went wide and were awarded a penalty which was kicked to level the scores up and force extra time.

Auckland kicked the ball off deep from the extra time re-start, Wellington kicked it up the middle of the park, faling to find touch. Auckland pressed hard and Sullivan was positioned for a dropped goal but couldn’t take it. Wellington got penalised at the breakdown and Sullivan kicked the winner

This was the first time that a National U19 tournament match has gone to extra time.

It was a brutal encounter. Standouts included Vikena, Auckland No.8 John Latu and lock Robert Rush.