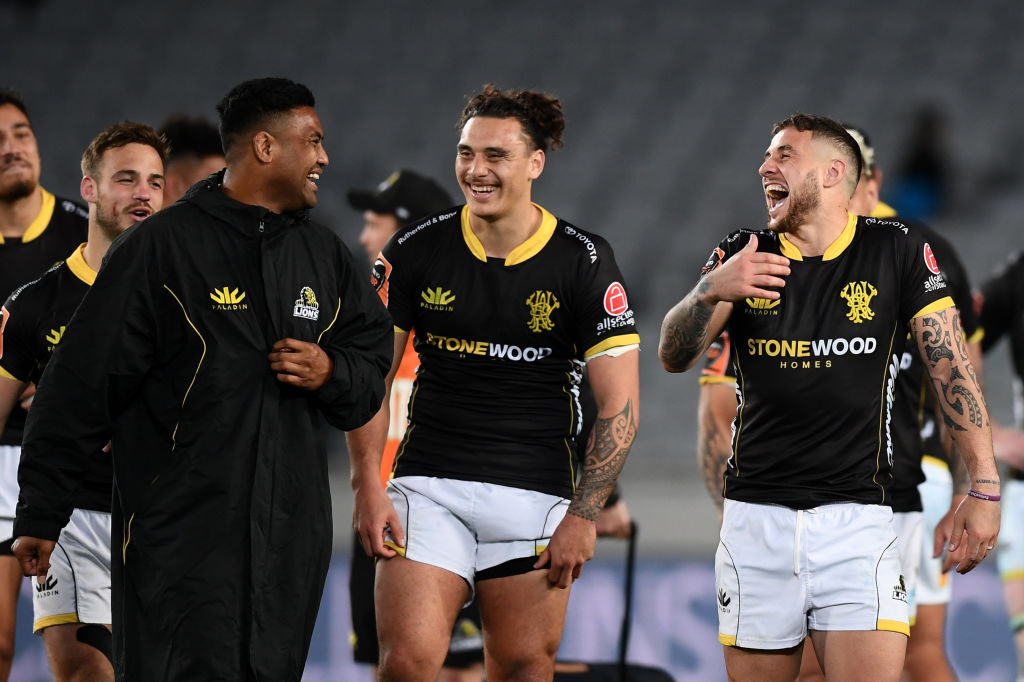 The Wellington Pride have continued their winning form, taking down the Hawke’s Bay Tui 67 – 17 in Wellington.

With captain Joanah Ngan-Woo earning her 50th cap, the hosts had plenty to play for – and they came out firing.

Just like the weekend before, it was a try-scoring bonanza from kick-off with Ayesha Leti-I’iga crossing the chalk just six minutes into the game.

It was the first of 11 tries put on the scoreboard by Wellington, with the Tui restricted to scoring just three times throughout 80-minutes of play.

Head coach, Ross Bond says there were some valiant rugby out on show.

“It was a pleasing effort, particularly on attack. Our set piece did come under pressure at times – but we’ll continue to work on combinations and execution.”

Meanwhile, the Lions have bounced back from their first-round loss to take a 39 – 21 win over Auckland at Eden Park.

A strong start from the hosts saw Leni Apaisai crash over the line, just four minutes after the game got underway.

However, some poor defence off the set piece saw the Lions take control and score 5 tries to one before halftime – including an effort from Wes Goosen who was playing his 50th cap.

Auckland did find momentum coming back from the break, especially when Caleb Clarke received a long, looping pass from Harry Plummer to score out wide.

But the Lions ultimately proved too much in the end, especially after Vince Aso scored in minute 73 to put an 18-point gap between the two teams.

Head coach, Leo Crowley says he’s happy with the turnaround from his team.

“Very happy with the way the boys responded to last week’s disappointing result. One win definitely doesn’t make a season, so our feet are firmly on the ground. We know we have a lot to work on and will start that on Tuesday. The boys are definitely looking forward to our first home game on Friday night.”

The Lions now prepare for a clash with the Bay of Plenty, whilst the Pride will prepare to face the Manawatu Cyclones.

Both games will be played at Sky Stadium next Friday.