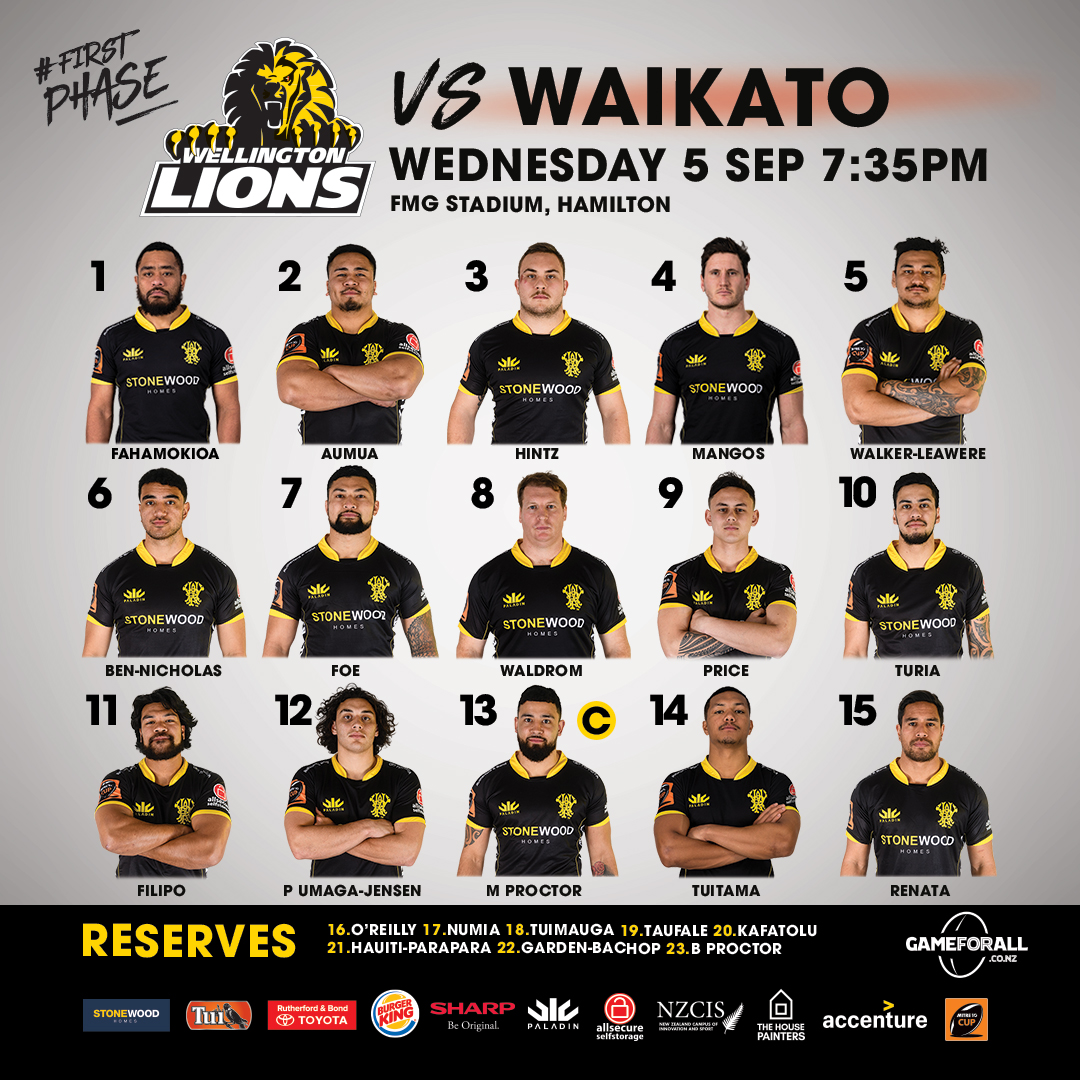 The Wellington Lions have made a number of changes to the starting XV for their Mitre 10 Cup cross-over match against Waikato at Hamilton on Wednesday night.

Wellington Lions head coach Chris Gibbes has made eight changes from the side which ran out against Southland as he continues to give the entire squad an opportunity to push for selection.

The majority of the changes are in the backline where Carlos Price comes in for TJ Perenara, who has returned to the All Blacks squad, Pakai Turia replaces Jackson Garden-Bachop at first five-eighth, Peter Umaga-Jensen comes in for brother Thomas in the midfield, Losi Filipo starts on the wing for the first time this season while Trent Renata returns at fullback for Wes Goosen.

The tight five remains largely the same with the exception of lock Isaia Walker-Leawere who comes in for James Blackwell.

There is plenty of experience among the loose forwards selected with Thomas Waldrom returning at No 8 while Greg Foe replaces Ardie Savea who has also returned to the All Blacks squad.

Gibbes said he was more than pleased with the effort of the players who turned in an impressive first half in their 52-7 win over Southland.

"The big thing for us is giving guys opportunities," he said. "We are really pleased with the progress of the squad as a whole and we have full confidence in the depth we have and the players we have selected to come in."

Gibbes also acknowledged the fact he would be facing younger brother Jonno who will be in the Waikato coaches' box on Wednesday night.

"It is a bit of a unique situation, for sure, but we will both be focused on our jobs and getting the right result."

The Lions bench also features a number of changes while prop Tietie Tuimaga has the opportunity to make his debut.

The Wellington Lions squad to meet Waikato is: