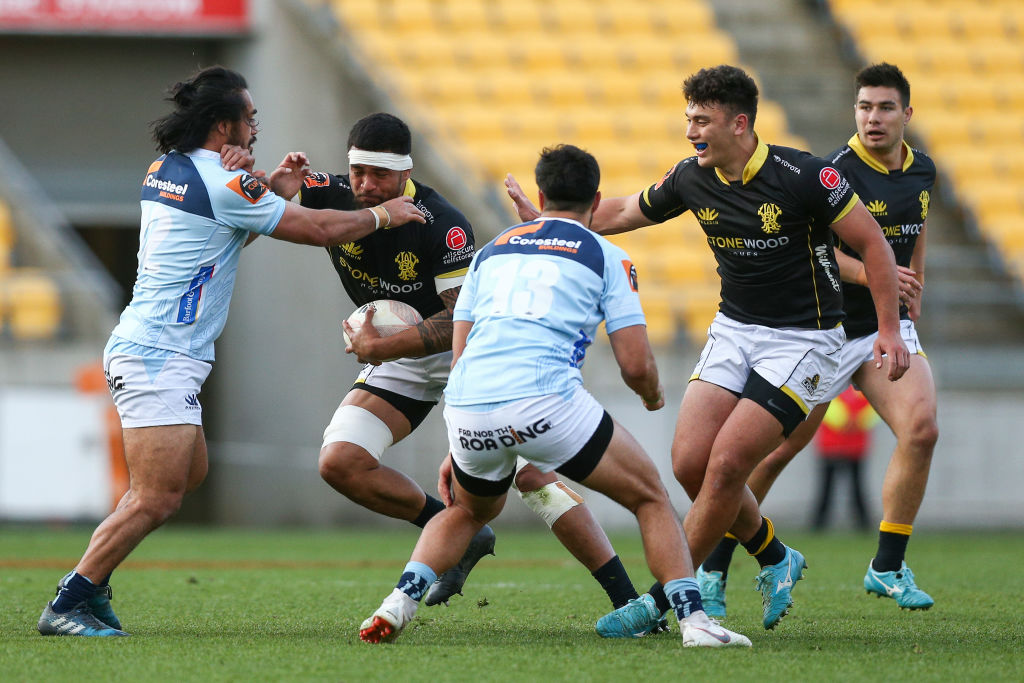 All going well, Friday’s Mitre 10 Cup match at North Harbour Stadium will be the Wellington Lions’ last away game this season.

The Lions could seal a home play-off with a round up their sleeve if they beat North Harbour in this ninth and penultimate round match.

The Lions (on 31 points) are second behind unbeaten Tasman (on 38), with Canterbury third (on 25). North Harbour are into a Mitre 10 Cup Premiership play-off spot (on 21) after a 29-16 away win over Manawatū last Sunday, that saw them leapfrog  Auckland and Waikato.

In North Harbour, the Lions will be resuming one of the newest provincial rivalries, but also one of their most keenly contested.

The Lions have won 10 of their past 11 matches. Wellington won this encounter 35-23 last year, they didn’t play in 2017 and their two meetings were split in 2016 when Wellington prevailed 21-17 in the round-robin but North Harbour won 40-37 in the Championship final.

At Albany, the Lions have played 13 and won six and lost seven of these. Their last meeting at North Harbour Stadium was 2015 and resulted in a 43-0 win for the Lions. The North Harbour Union was founded in 1985 and this was just one of two occasions in 462 matches they have been held to nil in that time.

The Lions sealed the 2015 match with two tries just before halftime.

In the 35th minute Joe Hill received a behind the back offload from Cory Jane and scampered 20-metres to touch down in the right corner. Two minutes later Vaea Fifita scored in the same corner.

This followed another emphatic win in 2014. Wellington won 58-34, but had trailed 15-17 at halftime. They put on the afterburners in the second spell to win 6 tries to 4 through tries to TJ Perenara, Victor Vito, Brad Shields, Ross Filipo, Vaea Fifita and Jackson Garden-Bachop.

Going back to the start of their rivalry, then NPC First Division newcomers North Harbour had been formed as a breakaway union from Auckland at the end of 1985 and had previously won the former Division Three and Two titles in 1986 and 1987 to make the top flight in 1988. North Harbour won their inaugural NPC clash at Onewa Domain in Takapuna 20-15 in 1988.

In 1999, North Harbour went into their match at Athletic Park as warm favourites, and duly won a thriller 21-20.

Wellington went into halftime leading 9-3. North Harbour then came out and took the lead through a converted try But Wellington struck back with the try of the match through midfielder Norm Broughton who crossed from a blindside move off an attacking scrum. First five-eighth David Holwell converted for a 16-10 lead.

It was then hand in mouth stuff for the Lions faithful after North Harbour first five-eighth Frano Botica kicked a penalty and hooker Slade McFarland crossed in corner and Botica converted for the visitors. But the Lions held on and the 10,000 fans left happy.

Another notable match between the two unions was In 2008 when the Lions won away against North Harbour through a 78th minute try in the corner to No. 8 Thomas Waldrom, completing a 14-point comeback.

Heading into this Friday’s match, Wellington has aggregated 793 points against North Harbour in all NPC/Mitre 10 Cup matches, including 90 tries, whilst North Harbour has scored 682 points and 80 tries in total against Wellington.

Kick-off at North Harbour Stadium on Friday night is 7.35pm.