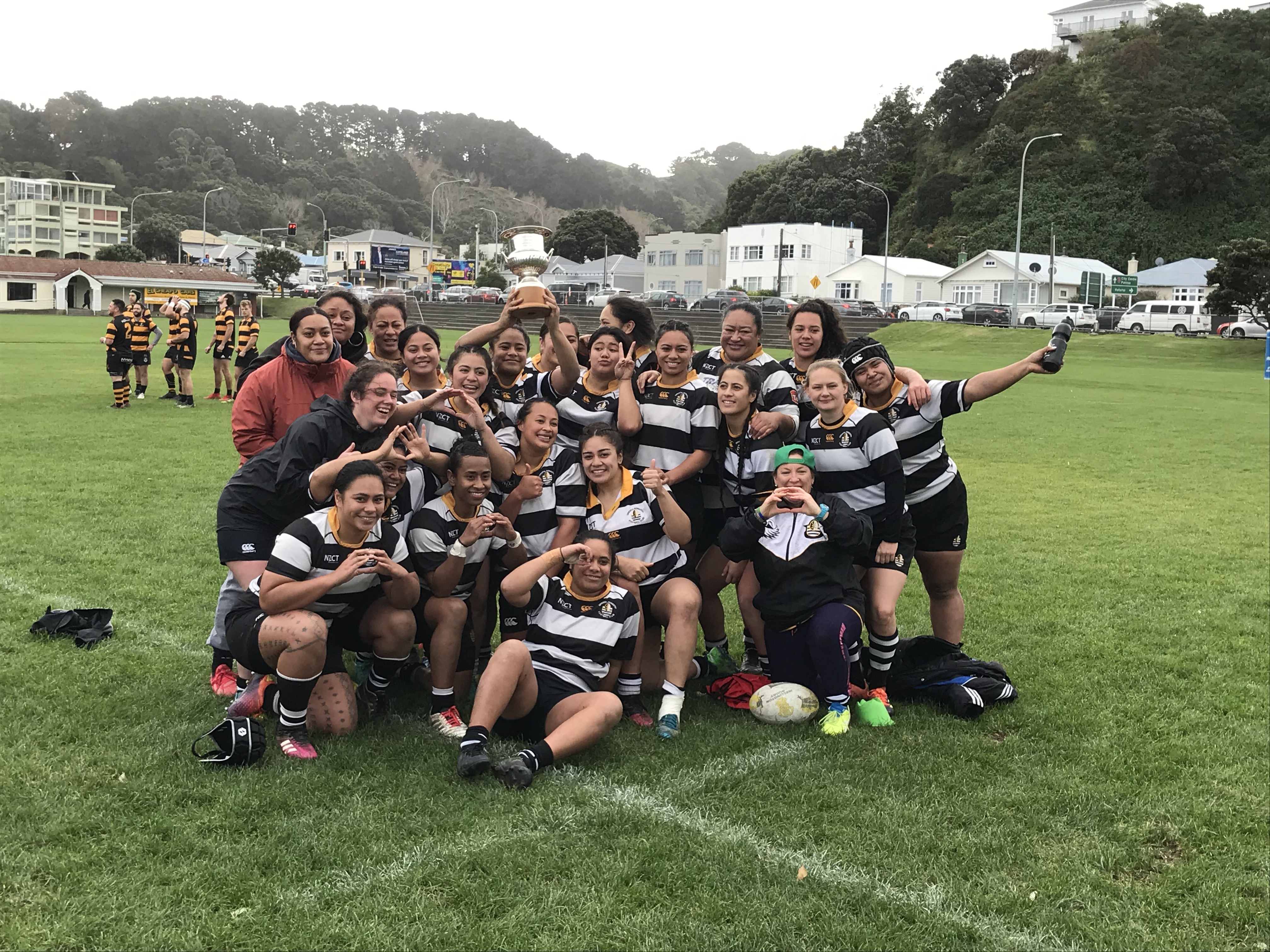 Wainuiomata and Tawa are the two unbeaten teams through two rounds of the 2019 Jubilee Cup Championship round-robin, after both had tight results in the two Hutt Valley games on Saturday.

In the third match of the second round, Poneke beat Petone 24-13 at Kilbirnie Park.

Ories will be joined by Norths, Petone, Old Boys University and possibly one other (to be confirmed) in the second round Division 1 competition starting next Saturday.

In other Women’s matches, Norths beat Petone 46-0, OBU beat Wainuiomata/Avalon 67-0 and Paremata-Plimmerton defeated Poneke 91-0 to seal either the fifth Division 1 spot or top Division 2 spot depending on what the make-up of the second round will be.

The Avalon Wolves U85kg side also won their first round title on Saturday, shooting to an unassailable lead at the top of the first round competition with a round to spare with their hard-fought 13-10 win over the Paraparaumu side.

The Wolves will collect the JC bowl next week when they meet the second placed Upper Hutt Rams, who beat the Wests Roosters 36-24 on their Old Timers’ Day.

The second round of Championship matches were played on a cold, blustery afternoon around the region.

At the Hutt Rec, home side and first round champions HOBM started strongly, but were met by a wall of Tawa defence that was to prove tough to crack all day.

Tawa withstood the pressure and broke out to score two first tries, to prop Sitiveni Paongo and wing Romu Senileba to go to a 14-0 lead at halftime. Turning with the wind, Tawa added a third try, to Senileba.

The Eagles hit back with two quickfire converted tries to cut Tawa’s lead to 21-14, before replacement Tawa first five-eighth Sam Clarke kicked a penalty to restore a buffer. However, HOBM scored with the last play to come away with a losing bonus point.

At William Jones Park, Wainuiomata scored the winning try to replacement wing Saita Tuaoi with just over 5 minutes to run after a rush up the left hand lane and fullback Josh Robertson-Weepu converted to give them their 24-22 win over Norths.

Wainuiomata came back from an early deficit after Norths had made a fast start with hooker Ethan Robinson-Mate scoring in the opening minute of play and then No. 8 Luca Rees crossing to make it 12-0.

Wainuiomata first five-eighth John Monu scored a solid individual try in reply to make it 12-7, before his opposite Jackson Garden-Bachop kicked a penalty to make it 15-7. Wainuiomata would go ahead 17-15 through the boot of Roberton-Weepu and a try to halfback TJ Va’a who stripped the ball free in the tackle and scuttled clear. Norths re-took the lead through a try and conversion to Garden-Bachop but lost a player to a red card which aided in the home side’s win at the end.

At Kilbirnie Park, Poneke beat Petone 24-13 in a dogfight. Playing with the wind, Poneke opened the scoring with a Pakai Turia penalty, followed soon after by No. 8 Tupou Sopoaga getting across the line after kicking ahead for himself. Turia strolled over from a scrum move before penalties led to a 16-8 halftime lead.

A break for a change of referee early in the second spell seemed to galvanise the home team and a period of pressure saw prop Soti Faamausili cross the chalk. Petone responded through centre Josh Onekawa but the loss of Adam Simpson to the bin proved too much to overcome, with Turia adding a fourth penalty on fulltime.

In the Premier 2 Hardham Cup, OBU were too fast in the backs for Paremata-Plimmerton in beating them 63-7. Playing into a stiff wind in the first half, OBU scored four first half tries and took a 24-0 lead into the break. Paremata-Plimmerton’s forwards had their moments and went close to scoring just prior to halftime but were held out by determined defence.

OBU spun the ball wide from the opening kick-off of the second spell and speedy right wing Trevahn Ta’ufo’ou flew over for the match-winner in the far corner. Second five-eighth Dale Sabbagh slotted the sideline conversion and at 31-0 the game was in the bag.

The home side briefly threatened, again through the forwards, and tighthead prop Junior Davey scored. From there, OBU ran in several more tries. Ta’ufo’ou scored a hat-trick and fullback Sam Reid and replacement wing Jack Green scored a double.

At Hataitai Park, the Wellington Axemen were comfortable winners over the Upper Hutt Rams.

The Rams opened the scoring through hooker Josh Houston-Tupou, but the Axemen struck back with a trio of tries to flanker Max Allen, midfielder Eremia Tapsell and No. 8 James Poloniati. The Axemen would go on to lead 24-18, after they scored their bonus point try to Teo Fudakowski and the Rams crossed again.

The Axemen pulled ahead 38-18 midway through the second half, and then scored once more to seal their win.

At Fraser Park, the Avalon Wolves were also impressive against the Johnsonville Hawks. The Wolves were coming off their bye and raced to a 29-10 halftime lead. Centre Jordan Aquila, loose forward option Scott Waldrom and blockbusting midfielder Ale Peni scored their first three tries as they went ahead 19-5. Jordan Aquila scored his second try just before the break.

First round winners Old Boys University Green bounced back from their loss to Ories last week by beating Paremata-Plimmerton 20-0. OBU had first use of the wind but took a long time to settle. An early penalty was eventually followed by a forwards try from a lineout drive and they went up 10-0.

Paremata-Plimmerton tried to avoid too many set-piece exhanges and attacked with vigour early in the second half. OBU withstood this, and scored their second try through a lineout drive to go up 15-0. They then crossed for their third and match-winner out-wide with about 15 minutes to play.

The early Premier Reserve game at Kilbirnie Park was as tight as the main game that followed it. Petone’s 15-0 halftime lead had been pegged back to 15-14 when former All Black Piri Weepu entered with 15 minutes to play. Wearing #1 but at first-five his influence was immediate and dramatic as the visitors scored three times to pull away to win 34-14.