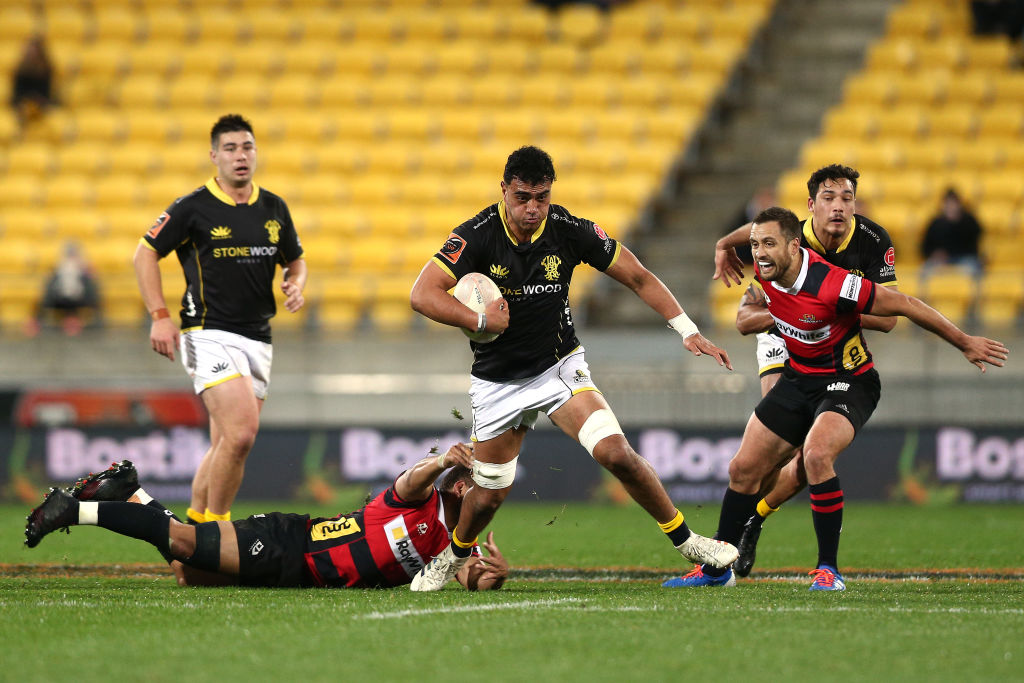 A buoyant Wellington Lions side returns to Westpac Stadium this Saturday night to host Canterbury in the second of the two Mitre 10 Cup Premiership semi-finals.

The Lions are coming off a 39-21 win over Waikato at home on Saturday, their fifth straight victory in their own territory this season.

The first win in that sequence was over Canterbury, which saw the Lions prevail 23-22 in a typically hard-fought encounter between the two rivals.

Canterbury’s last two matches have involved the Ranfurly Shield, first winning it off Otago and then defending it in dramatic fashion against North Harbour when they scored a last-gasp try when trailing by a point with fulltime up.

Wellington goes into the semi-final having won seven from 10 games and having scored 321 points and 43 tries and conceded 269 points. Canterbury’s record is six wins with 345 points and 49 tries for and 198 against.

The Lions also edge Canterbury in many of the key season statistics, such as metres carried, average gain, clean breaks and defenders beaten.

Discipline and defence are hallmarks of Canterbury teams, their ability to soak up pressure and hold their structure is what sets them apart from most, and this season is no different for the red and blacks. Statistically, Canterbury have made over 200 more tackles than the Lions (1,313 to 1,093), while Wellington has conceded 94 penalties and Canterbury just 65 or an extra three per game.

Canterbury’s Brett Cameron (95 points) and Wellington’s Jackson Garden-Bachop (92) are the two leading point scorers in the competition, while Canterbury wing/fullback Josh McKay is the Mitre 10 Cup’s leading try scorer with 11 and ahead of the Lions’ top try scorer Wes Goosen who has six.

Up front, the set piece battle will be all-important. Canterbury’s lineout has the statistical edge over Wellington’s. Canterbury have won 119 lineouts and lost 13, while Wellington have won 94 and lost 23. Wellington’s hookers Asafo Aumua and James O’Reilly will need to find their jumpers.

However, the clock is reset and season statistics count for little on Saturday when the two teams line up in this semi-final.

Both teams have plenty to play for to make the final and to have a chance to be champions once more. Lions fans know that no Canterbury team takes a back seat and their team will need to focus for the entire match.

The last time that Wellington and Canterbury met in a semi-final was in 2010 in Christchurch – and it was a 98-point thriller. Canterbury would prevail 57-41 and go on to win what would be a record equalling third straight NPC title.

Heading into that match, top qualifier Canterbury were coming off a 20-point loss to Waikato in their last round-robin match, while Wellington were in a late vein of form but were missing injured All Blacks halfback-first five-eighth pairing Alby Mathewson and Piri Weepu and introduced rookie duo TJ Perenara and Lima Sopoaga to finals football.

The game was all-action almost from the kick-off with 60 points scored in a frenetic first half and it remained in the balance when Wellington closed to 43-41 with 10 minutes to play. But Canterbury scored twice in the dying minutes after a lineout drive and scored again at the end. First five-eighth Colin Slade knocked over all 11 conversions.

Three years earlier, Wellington had beaten Canterbury 26-21 in the semi-final, with centre Tane Tu’ipulotu scoring two tries in what was then their first victory in Christchurch in seven years.

2013 was the most recent meeting in NPC playoff rugby between the two unions and  saw Canterbury win 29-13 at Westpac Stadium. Playing with a strong wind, the Lions led 10-7 at halftime, but the visitors dug deep throughout the second half and took their chances to win another title.

The Lions will also go into this Saturday’s match knowing the venue of the final, should they beat Canterbury, with Tasman hosting Auckland in the first playoff on Saturday afternoon. If Tasman win then the final will be in Nelson, but if Auckland defeat the Mako then the winner of the Lions-Canterbury game will have hosting rights.

Kick-off at Westpac Stadium is 7.05pm.