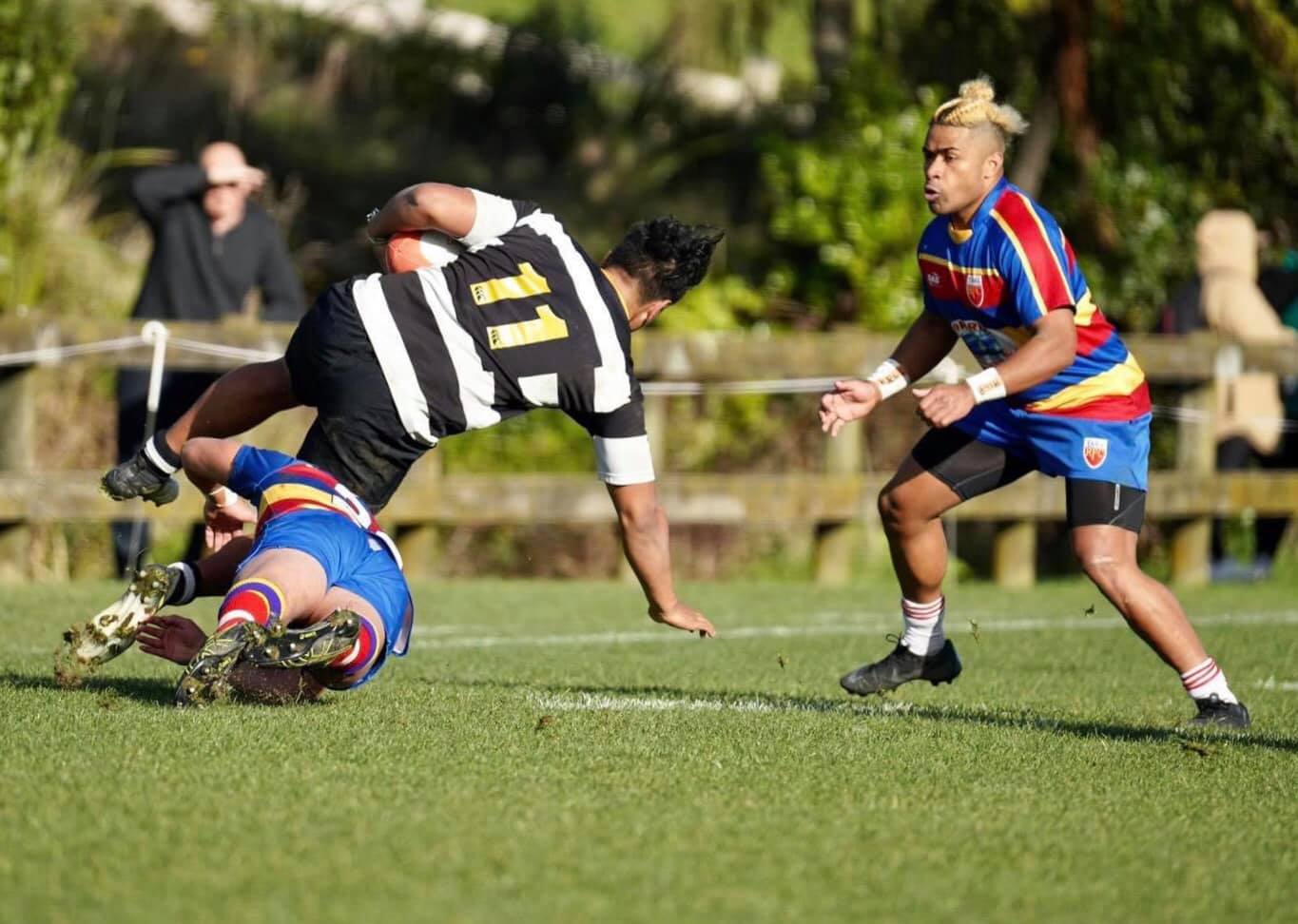 Tawa and Old Boys University are the two teams yet to taste defeat after the opening month of Wellington club rugby Premier rugby.

The two clubs won their fourth straight wins as part of an exciting fourth round set of Swindale Shield matches on a fine afternoon that saw all seven home teams victorious and that included tight and tense wins for Petone and Northern United.

At Lyndhurst Park, Tawa beat Oriental-Rongotai 36-18 to move to 19 points on the competition standings, one ahead of OBU who beat the Johnsonville Hawks 52-7 at Wellington College.

Poneke and the Rams both had bonus point wins, Poneke beating Paremata-Plimmerton 36-21 at Kilbirnie Park and the Rams accounting for Avalon 33-17 at Maidstone Park.

Wainuiomata have joined Ories on 9 points, following their 37-14 win over Wellington at William Jones Park.

At the foot of the Swindale Shield points table after four rounds, Wellington are on 4 points, Avalon and Johnsonville 1 and Paremata-Plimmerton 0.

Petone and Norths won their close matches in contrasting circumstances, with the former establishing an advantage and hanging on and the latter conceding a big lead and coming back to win in the concluding exchanges.

MSP closed the gap with two converted tries midway through the second half, but staunch defence won the day and the Bill Elvy Memorial Trophy for the Villagers.

Norths left wing Losi Filipo scored a hat-trick of tries and No. 8 Parekura Lalaga one as they drew level 27-27 late in the match. In the dying embers, Norths first five-eighth Jackson Garden-Bachop kicked the winning penalty.

Tawa’s win at at Lyndhurst Park over Ories was closer than the scoreline suggests, the home side more clinical in taking their attacking chances and resolute on defence when Ories regrouped and came back.

Tawa opened up a 19-5 lead late in the first half on the back of tries to right wing Romu Senileba (2) and left wing Maui Wallace. This became 22-5 by halftime with a long-range penalty to fullback Trent Renata and then 29-5 early in the second spell when flanker Hemi Fermanis scored their bonus point try.

Ories came back with tries to replacement Jason Seumanufagai from a charge-down in general play and hooker Penieli Poasa from an attacking lineout.  These cut Tawa’s lead to 29-18, but the home team scored again at the end through Senileba (his hat-trick).

Old Boys University’s 52-7 win over Johnsonville was the biggest winning margin of the day, with No. 8 Shamus Langton scoring two of their eight tries. OBU retained the Bill Brien Challenge Shield.

Through the tunnel at Kilbirnie Park, Poneke established a 24-0 lead over Paremata-Plimmerton and went on to pevail 36-21. Poneke outscored the visitors five tries to two.

In the first of two Swindale Shield games played in the Hutt Valley, Wainuiomata retained the Bill Jones Cup against the Wellington Axemen.

Hurricanes midfielder Peter Umaga-Jensen was a key figure in Wainuiomata’s win, scoring two tries and always dangerous. Wing Trei Mu also bagged a brace, while the Axemen’s No. 8 Malifa Chapman capped off a good performance scoring a try from a strong run off the back of a scrum.

The Upper Hutt Rams retained the Harper Vine Trophy against the Avalon Wolves in their clash at Maidstone Park.

The Rams were fast out of the blocks, scoring four tries, opening up a 26-0 lead. The Rams sliced through the midfield for three tries and muscled over from a lineout drive through hooker Eli Hunt.

Avalon calmed the storm and came back to score a try of their own to trail 5-26 at halftime.

The Rams made much of the play in the second spell scoring two more tries and closing the gap to 17-26 with about 10 minutes to play. But Upper Hutt reserve halfback Kaide McCashin had the final say, scoring from a 5-metre scrum.

There was one floodlit match on Friday night and two on Saturday in the Premier Women’s Rebecca Liua’ana Trophy competition.

At the Hutt Rec on Saturday, Norths earned a comprehensive 71-5 win over Hutt Old Boys Marist. Norths out-scored the home side 13 tries to 1, with tighthead prop Dora Laupola scoring 4 tries and lock Syntyche Tuimaolo crossing for a hat-trick.

Paremata-Plimmerton defaulted to Petone in the fourth scheduled game, while Ories had the bye.

In the Colts Paris Memorial Trophy, the Norths Colts Blue and HOBM Green teams drew 13-13 in their third round match on Porirua Park 2.

OBU Green beat Johnsonville 78-0 to move to the top of the standings.

In a similar pattern to the Premier match that followed, Tawa established a 17-7 lead by halftime, but Ories pulled this lead back and then hit the front with a converted try from a 5-metre scrum with just a couple of minutes to play.

Tawa rallied from the re-start, launching late waves of attack on the Ories line and almost crossing. Awarded a penalty, they kicked out to set up a lineout in the clubrooms corner only for the kick to go out in the in-goal area and fulltime was called.

A feature of this match was the return of Ma’a Nonu, who played a full game at second five-eighth for the Magpies. He later came off the bench in the Premiers fixture.

In other Harper Lock Shield matches, Stokes Valley earned their first win of the competition, beating the Avalon Wolves 15-5 on their Old Timers' Day at Delaney Park.

The Petone White and Wainuiomata teams drew 22-22 in their match at William Jones Park.

Defending champions the Avalon Wolves came off their bye to defeat the Wellington Axemen 32-10, while Eastbourne beat the OBU Scallywags 37-27 and Poneke beat Wests 44-26.

The Poneke Ruffnuts beat the Paremata-Plimmerton Punters 39-33 in the closest match of the day in the Mike Copeland Cup Reserve Grade competition.

The Ruffnuts have joined Ories and the Upper Hutt Rams J8s as the three unbeaten teams after three weeks of the competition.