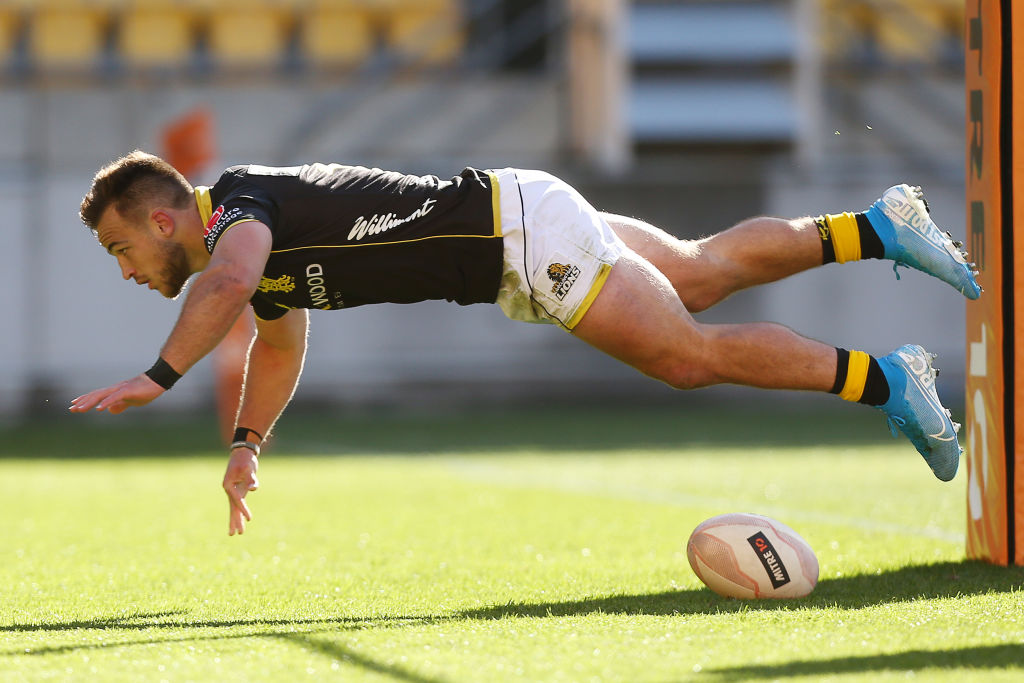 in the last Mitre 10 Cup Premiership semi-final at the Westpac Stadium on Saturday night, kick-off 7.05pm.

Goosen, who debuted for Wellington against Waikato in 2014 and injured his ankle, still derives the same enjoyment and pride from representing his province.

“We are real close with each other and enjoy playing running rugby. We are encouraged to play what’s in front of us and that hasn’t changed in the five years I’ve been in the team,” Goosen said.

Goosen was a standout for Wellington when they won the inaugural National Under 19 tournament in 2014. The Lions weren’t winners that season, suffering nine defeats in ten matches.

“It was tough for everybody, but I still felt privileged to be involved and learned a lot,” Goosen reflected.

Goosen scored his first try for Wellington in a 29-0 win against Northland in 2015.

“Matty Proctor put in the perfect chip and I was lucky enough to collect it,” Goosen recalled.

Goosen has since crossed the stripe 21 times and is a model of consistency, as a reliable finisher as well as a distributor to his teammates around him having played in the midfield growing up and for the Wellington College First XV where he also made the New Zealand Secondary Schools side in 2013.

In 2015 he also played and won his first Jubilee Cup final with the Old Boys University club – scoring a popular try in the centre position in the Goats’ 30-27 win over Marist St Pat’s in the decider. Two years later he again wore the number 13 jersey as OBU beat Hutt Old Boys Marist 32-19 to win their second Jubilee Cup. He has played 40 Premier club matches for his club.

In 2017, Goosen was an integral part of Wellington’s promotion from the Championship, dotting down twice in the semi-final against Northland and in extra time in the 59-45 victory over Bay of Plenty in the final.

In 2018, he hit the ground running with a double in the first round against Otago and this season he’s Wellington’s leading try scorer with six, including a hat-trick in Round Six against Otago.

“The Otago game showed what we are capable off and was a high point of the season. We took a step backwards against North Harbour, but stuck to our systems and had a good win against Waikato last week,” Goosen observed.

“We know Canterbury will bring heat in the scrum and drive from lineouts. They are clinical so we need to kick well and pressure them on defence when they are in their own half. We will try and move them to edge and take our chances,” Goosen said.

Two days short of his 24th birthday, Goosen is the fourth player in the present Wellington squad after Dane Coles (69), Jackson Garden-Bachop (62) and Matt Proctor (52) to bring up a half-century of appearances for Wellington.

There are only 21 players with 100 caps or more for Wellington. Flanker Graham Williams holds the record with 174. In reaching 50 games, Goosen joins some illustrious wingers to have reached that milestone, including former All Blacks Mike Clamp, Ron Jarden, Stu Wilson and Bernie Fraser.