Second half blitz for Wellington Pride 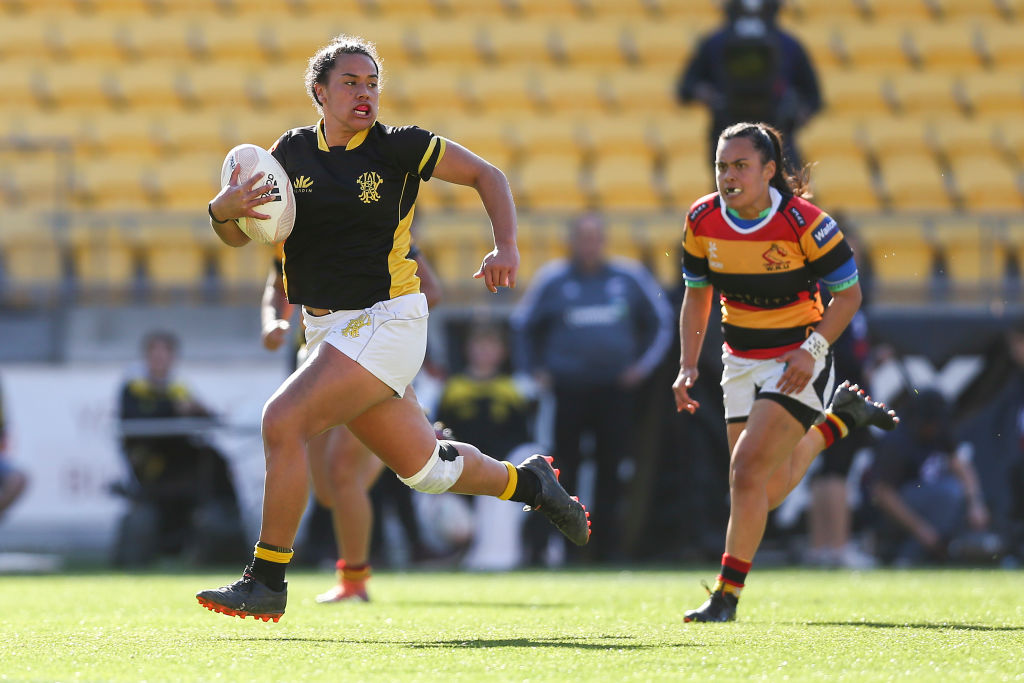 The Wellington Pride put on the afterburners in a try and points scoring blitz early in the second half to beat Waikato 59-31 in their Farah Palmer Cup Women’s NPC fifth round fixture are Westpac Stadium on Saturday.

The bonus point win propels the Pride into third place on the Women’s NPC standings with two round to play. The Pride have their bye this coming weekend, followed by an away match against the Manawatu Cyclones to finish. Their playoff fortunes will likely rely on other results as well as their own, but the nature of their win against Waikato will provide impetus.

The Pride beat Waikato 8 tries to 5, on a sunny, breezy afternoon at Westpac Stadium, pulling clear early in the second half with the wind in their favour by scoring 24 unanswered points.

Waikato came back later in the game, but the game was won by that point. For the Pride, right wing Kolora Lomani scored a hat-trick of tries, while left wing Ayesha Leti-L’iga scored one, first five-eighth Amanda Rasch scored one and scored 24 points, and No. 8 Jonah Ngan-Woo, prop Raylene Lolo and replacement hooker Rosie Stirling all scored one each.

The two teams traded three tries apiece in the first half.

Wellington’s forwards and their set-piece was strong all match, which provided for the opening try to No. 8 Ngan-Woo.

Waikato opened their account with a try to their No. 8 Lena Mitchell, who went over from a 5-metre scrum.

Left wing Leti-L’iga ran 60 metres to score her try, beating her defender one-on-one on the short side.

Waikato scored their second try from close range to make it 14-12 to Wellington. Right wing Lomani scored her first try on the end of the chain to put Wellington up 21-12. Waikato then scored their third try on halftime, following a Pride kick-off error, as the two sides went into halftime.

The floodgates opened early in the second half.

The Pride kicked off, Waikato went to spin it wide but dropped the ball and Lomani scooped it up and scored.

Tries followed to Rasch (intercept) and to Lomani (completing her hat-trick). For Waikato, left wing Lonita Ngalu Lavemai scored her fourth consecutive try in a match and hooker Azusa Yama scored their final try of the afternoon.

Meanwhile, the Wellington Development’s scheduled fixture against the Auckland Bs was cancelled owing to Wellington’s flight to Auckland on Saturday morning being cancelled.