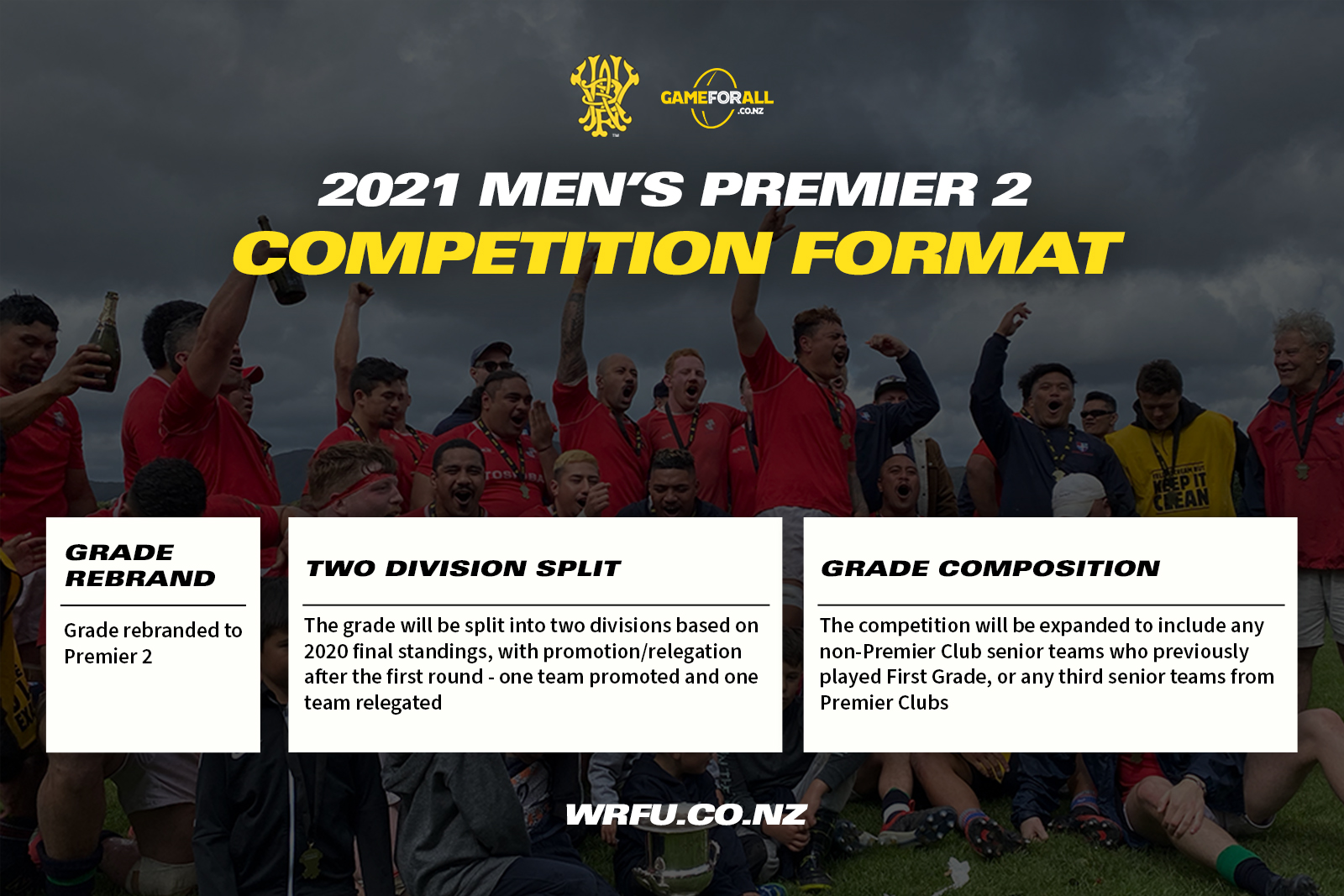 Having identified there is a large disparity in the quality of our Premier Reserve teams, a more social and irregular participant, and large score margins in 2020, clubs deemed change was needed. Adding to this, was the conclusion that a First Grade competition would not be viable in 2021 again.

In the best interests of rugby overall in the Wellington region, player welfare, and to mitigate any further reduction in teams, clubs considered what would provide a meaningful competition to all Clubs and teams in Wellington.

Following discussion, Club Delegates voted 15-2 in favour of the Premier 2 proposal at the Rugby Board meeting in March. Full details are:

The Premier 2 competition will begin on Saturday 10 April and where possible, draws will be structured to provide the Premier 2 team as a curtain raiser for the Premier team.

A draw will be finalised, distributed to clubs and published on our social media channels by Monday 5 April.