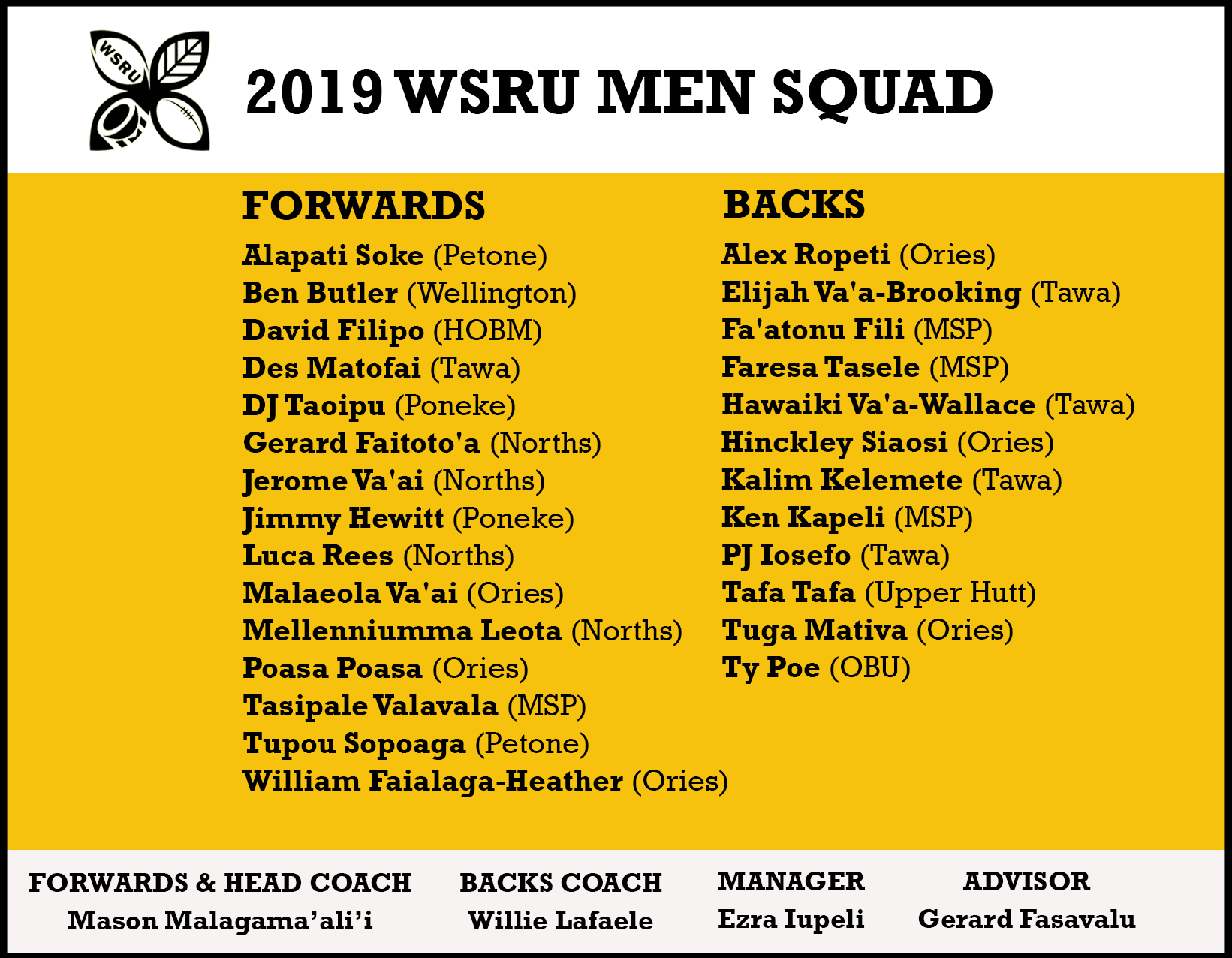 With the club rugby year now over, the representative season is in full swing throughout August and September. We are taking a look at some of the capital’s teams.

Home ground and training base:
Throughout the Wellington Region

What specific competitions is this team playing in and how did you go last year?
We play in the Festival Cup, against the Centurions Development and Wellington Maori teams and we won this in 2017.

What is special about playing being involved in this team?
The Samoan heritage is what makes the WSRU unique and right. We are from all corners of Wellington playing for different clubs, but when we come together we share the same passion and pride for our language, people and our flag. We identify with similar stories in our upbringing, struggles, lessons learnt and in a lot of cases lessons received (which we compare and laugh at today). We are aligned through religion, sport, music and humour and so coming together is the easy part.

Who are some of the well-known club players who are stalwarts of this team?
We have a few reliable Samoan players who have been key leaders on the field over the last few years and help to bring quality players together: Fa’atonu Fili, Isaia Petelo, Jimmy Hewitt, Ken Kapeli, Fereti Soloa, Johnny  Teleaga and PJ Iosefo are hard to go past.

Does the team have any specific rival teams that you play against each year
We enjoy all our games, we have the Festival Cup which features the Maori and the Centurions and then we have also enjoyed our annual games against brothers Hawke’s Bay Samoans and BOP Samoans.

Does the team have its own song or chant?
We have hymns or songs for different occasions which we all grew up listening or singing to and so someone will usually start us off and we all chime in.

Who are the fittest, the strongest and the fastest players in your team?
After a couple of beverages Fereti Soloa without a doubt will ask you why you think everyone at HOBM calls him “Flash”, so it would be good to see him and Pena Va’a in a race. The fittest player would be Sam Tuala.

First player to the after match table?
Usually the younger ones are first to the table because the older ones are either too sore so moving slowly or are at the bar. No names but rhymes with Ferard Gaitoto’a.

Who controls the music?
Chris Lafaele has controlled the sounds this campaign but everyone knows if Jeff (Paga aka DJ Snippet) Makapelu is in camp you don’t stand a chance.

If you could pick an All Black or legendary player to come and play for you this weekend who would it be and why?
Ardie Savea or Ma’a Nonu. Two really good role models on and off the field.