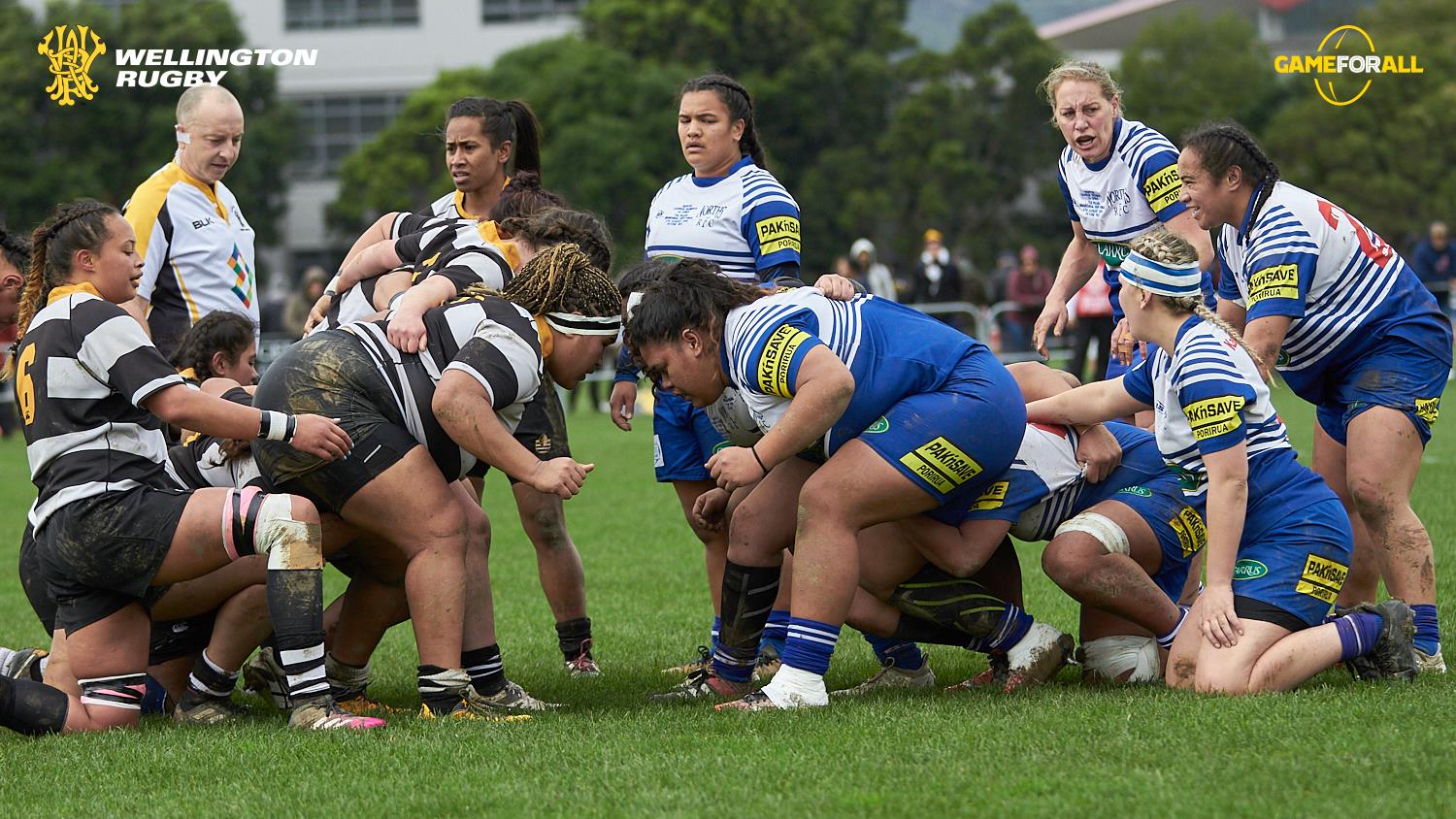 Not only is this match part of the celebrations of 30 years of women’s rugby being played competitively in Wellington, the match is also an important one in the context of the current women’s season.

The match officials consist of a full female crew with Monique Dalley as the Referee, assisted by two other female match officials - Dallas McKnight and Catherine Hambly as the Assistant Referees.

The two teams are meeting in week seven of the first round Rebecca Lian’ana Trophy, with the winner heavily favoured to go on and win the first title when it concludes on 8 June. Going into the contest, Ories are on 30 competition points with a game in hand, Norths 25 and Petone in 3rd on 21 with two matches remaining.

It promises to be a gripping fixture, especially if it comes close to last year’s women’s final between the two sides that ended with Northern United coming out on top 20-15. Ories threw all they had at Norths over the final 10 minutes of the final, but the blue and white defensive wall refused to yield.

Their other two clashes last year were also close, Norths winning their first one at Porirua Park 34-22 and Ories returning serve 43-36 at the Polo Ground later in the season, after establishing a big lead and almost being run down at the end.

Suffocating defence is a hallmark of Norths play, known for soaking up pressure and then turning that on opposing teams at the other end of the field. Ories are strong defensively and in the breakdowns, while also known for their flair and adventure. Look out for Ories’ all-action team style to come to the fore as a way to break down the more structured Norths game.

Norths are well led in the forwards by players such as Helen Collins and Sanita Levave, with several others to watch as well including Wellington Pride loosehead prop Dora Laupola and loose forward Nina Foaese. Alongside these players, there are also huge contributors in Leah Conley, Patsy Schwalger and Xavier Tusa, with exciting school girls in the mix too.

Out wide, Ories have Wellington club rugby’s most dangerous player and a Black Ferns squad member, Ayesha Leti-I’iga, who scored five tries in her last start two weeks ago against Paremata-Plimmerton and scored 41 tries in 12 games for Ories in 2018. Norths wing Ofa Tuangalu has crossed for nine tries in five games this year, while Norths fullback Julie Tusa is electric given space.

So far this season, Norths have won five from five. They have scored 51 tries but were also pushed hard in their wins over Paremata-Plimmerton (25-7) and Old Boys University (27-17). Ories have had six scheduled matches, but have taken the field just three times, after being defaulted to by Old Boys University, Wainuiomata/Avalon and Hutt Old Boys Marist respectively. They have scored 26 tries, at a similar strike rate to Norths.

Come along and watch the match at Westpac Stadium this Friday night, with the curtain raiser kicking off at 5:05pm!

But don't fret if you can't make the match, as it will be broadcasted live on SKY Sport 1!