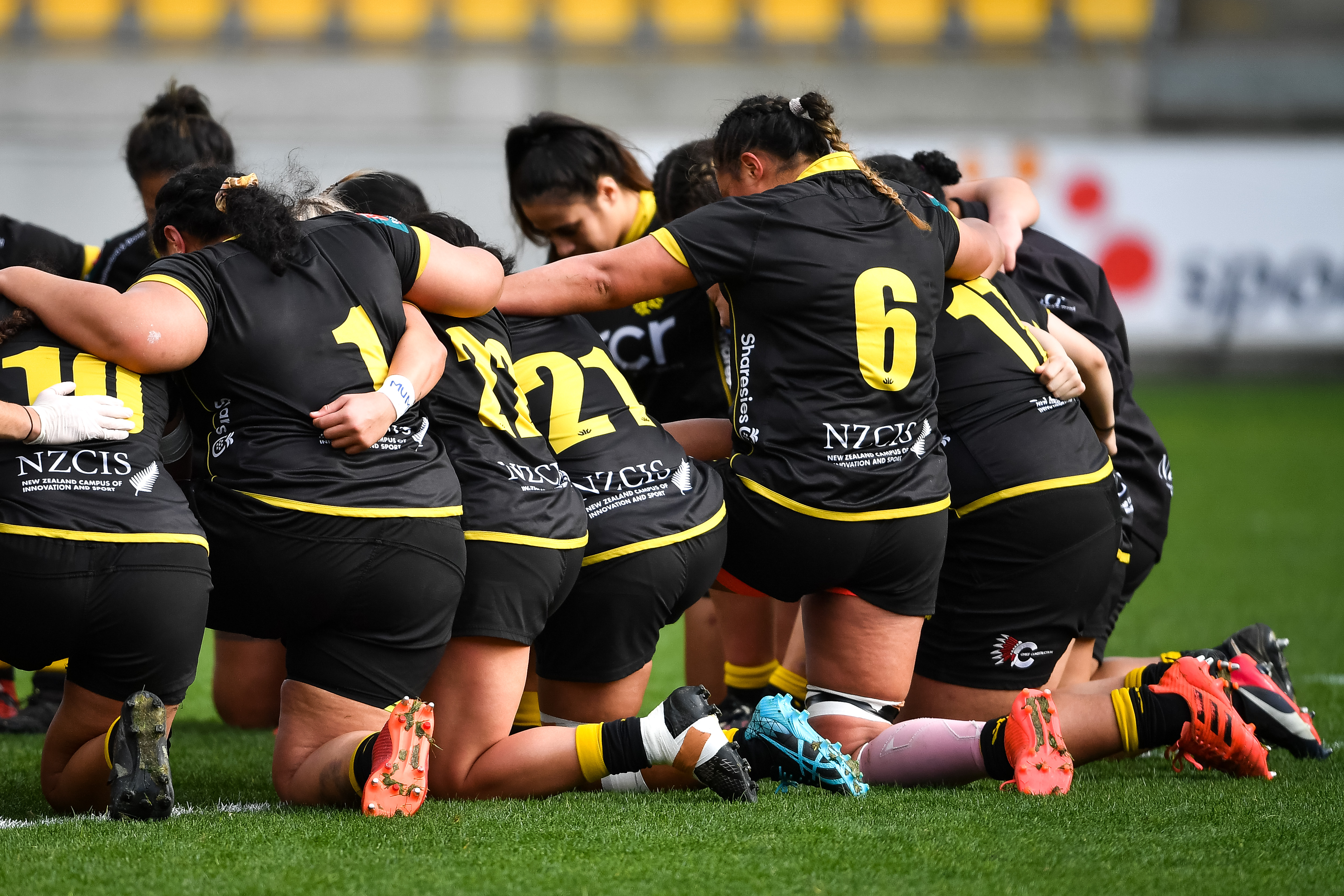 For the 2nd time in three years, the Wellington Pride have made the semi-final stage of the Premiership in the Farah Palmer Cup.

The equation was simple for the women, a win would set up a knockout game against Waikato for the rights to take on Canterbury, lose and the season was over.

The Bay of Plenty side were full of talent and experience, with the return of players like Olympic 7s Gold Medalist Alena Saili.

The teams headed into the sheds at 17-all, with all signs pointing to a huge second half and it did not disappoint, the Pride racing out of the break as Ayesha Leti-I’iga scored twice in the first five minutes to give the Pride some breathing room.

Defence was the name of the game from there on in for Wellington, as they held out a spirited finish from Bay of Plenty to claim a 41-34 victory.

Head Coach Zak Feaunati was full of praise for the girls after the performance and is looking forward to the challenge of Waikato next weekend.

Having played Waikato before the lockdown, the chance for redemption will only help serve as motivation for this weekend.

“Bay of Plenty are a very good team, especially having their stars back, if they had that same team throughout the competition, they would’ve been a top 4 side.

We went down in the dying stages to Waikato last time we played them, and we took a lot of positives out of that game. Being in the position to win the game was very pleasing and we identified the first 20 minutes of the second half we didn’t make the right decisions, so if the opportunity comes again in that situation, it is just about being smarter.”

One of the goals from the beginning of the season was to work towards having the whole squad ready to go week in week out and to challenge each other for spots in the 23, something that Feaunati is more than pleased with heading into the biggest game of the season.

“Full credit goes to the girls, they have been putting the work in all season, and the most pleasing thing from a coaching point of view is we have been challenging them all both individually and as a unit, which they have stood up to.

We’ve seen glimpses throughout the season and hopefully this weekend it is one of those games where everything comes together.”

The Pride last made the Premiership semifinal in 2019, going down to Auckland, but the squad members that were involved that day will be out to go at least one better.

This season, the Pride have a three win two loss record, with the loss to Waikato and a narrow one point defeat to Canterbury, all promising signs that they are always very well in with a chance of victory each time they hit the field, a good showing of what goes in at training then making it into a performance. “From day one the vibe has been good within the group and the girl’s confidence in their ability is very pleasing, the girls want to take what we do at training out onto the field and have been successful in doing so.

We’re excited, especially after the performance we put in last week against a very good side. But this is just another week, we still prepare the same as we would for any match.”

The Pride take on Waikato this Saturday at FMG Stadium, kicking off at 12:05pm, the match will be live on Sky Sport.