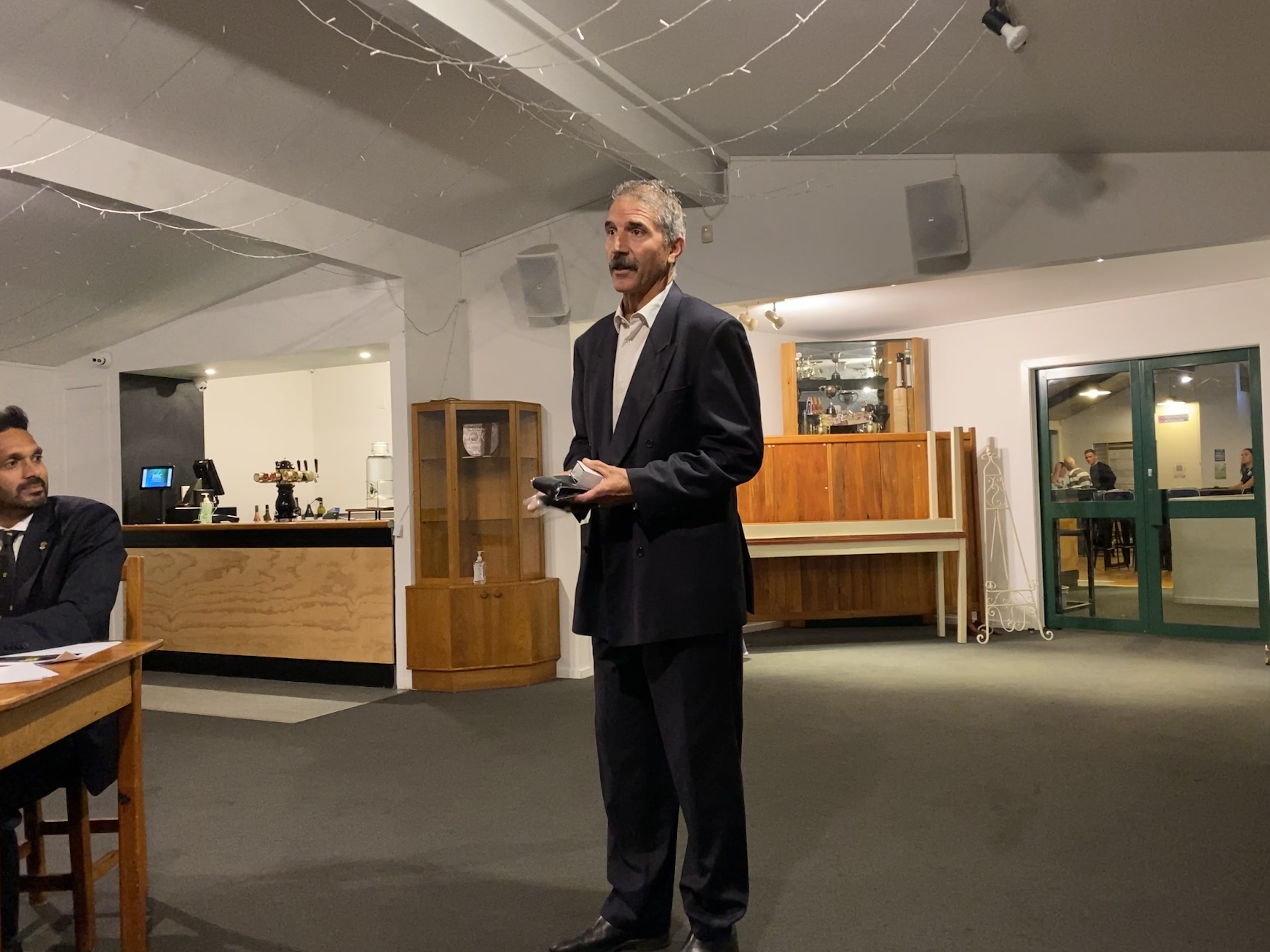 Old Boys University’s Peter Scott has been made a Life Member of the Wellington Rugby Football Union at last evenings annual general meeting at Eastbourne RFC at the start of its centennial season.

“It was only fitting he be bestowed this honour after contributing significantly over the past 20 years,” he said.

As a board delegate for 10 years, and then Rugby Board Chairman between 2010 and 2019, Peter contributed countless hours to ensure the community game remained relevant.

“It’s not just his chairmanship of the Rugby Board, but his advocacy on behalf of all clubs at board and director level that he ensured that club and community rugby was and is at the forefront of any decision making,” Poole said.

“You would always find Peter in his No 1’s at club and college games across the region. He wouldn’t necessarily be watching the game but he would take the opportunity to talk to anyone he could to ensure he understood the changing environment”.

Even after stepping down, Peter continued to champion projects behind the scenes and is the ‘champion’ behind a current project to provide a cap number to every Wellington Pride and Lion player.

Poole thanked Murray Blandford and Ina Hansen who retired as President and Vice President respectively. ‘Their contribution to the community game at all levels the past five years has been immense, and their presence and feedback from attending matches has assisted decision making”.

Poole also congratulated Alan Muir and Dave Meaclem on their appointment “having had a significant involvement in coaching at various levels in Wellington the past two-three decades”.

Financially Wellington Rugby had a gross operating loss of $600,000 which was offset by the not insignificant Covid-19 wage subsidies for which it was eligible, and further Covid related support provided by the likes of Sport NZ and other partners plus the return on its Hurricanes investment.

Despite the union being able to work its way through one of the most challenging periods of the professional era, and having worked through unprecedented times, Wellington Rugby chief executive Matt Evans said there was a significant amount of work ahead for the union and rugby as a whole.

“We have worked incredibly hard, at all levels, to plan and come through this period but we are under no illusions as to the challenges ahead and the work we collectively need to do to make sure we continue to grow our game at all levels and continue to make it sustainable,” he said.