Passion for rugby paying off for Hugo Plummer 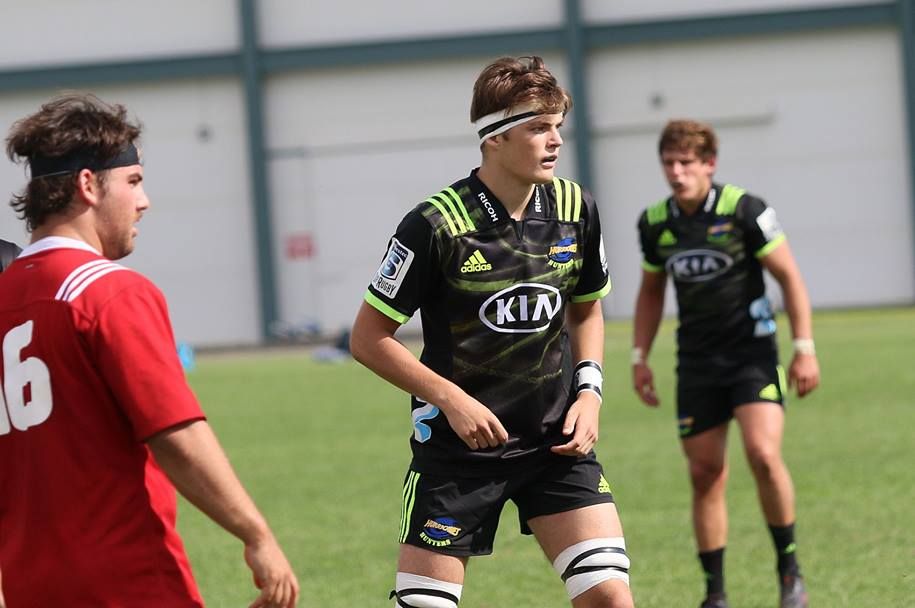 "First XV rugby at Onslow College reminded me of the reasons why I started playing the game in the first place. We're not a heavyweight school, but we had a group of boys who were really passionate about it and stuck together through thick and thin," Hugo Plummer enthuses when reflecting on his final year at high school.

Plummer is a member of the WRFU High Performance programme, and along with Ropati So'oalo from Aotea College was the only player from a Premier 2 outfit selected for the Hurricanes Under-18's in 2018.

This is quite a feat for the lock forward who battled a pesky ankle injury and had to shield and support lightweights in open weight rugby.

“We had three teams at Onslow, the First XV, the under 55’s and the under 65’s. We had five serious injuries in the First XV which meant the boys in the 65’s had to step up,” Plummer explained.

“We were last in Premier two, but we won the Isberg Cup for the first time in years and had a really positive chemistry.”

Plummer has added to the chemistry at Tawa. After a sluggish start to the season, Tawa have won their past five games and stand on top of the Jubilee Cup standings with a bye this coming weekend.

On Saturday, Plummer played the entire 80 minutes in Tawa's 24-21 win over Hutt Old Boys Marist, the Eagles’ first loss in 2019. In their previous meeting Plummer was penalised close to fulltime which enabled HOBM to kick a penalty and hang on for a narrow 25-24 victory.

A week earlier Plummer was the Player of the Match in the comeback 24-17 triumph against Petone.

“There’s a lot of younger guys at Tawa with a similar attitude and ambition to me. That’s why I joined the club,” Plummer says.

“The experience and support of the older boys like Sitiveni (Paongo), Hemi (Fermanis), and Tolu (Fahamokioa) has been great too.”

Plummer has had trials for the Wellington XV against Manawatu on Queen’s Birthday and the Wellington Under-19’s, as well as playing for matches for the Hurricanes U20 side at the start of this season.

“It’s an exciting time. We are building all the time at Tawa and I would love to make the 19’s, but I’m not getting too far ahead of myself.”

He started playing rugby when he was six and played in the backline as a first five-eighth until he was 16, where he then moved to lock.

In addition to rugby, Plummer has dabbled in cricket, rowing and American football.

Plummer is one of four siblings. His older half-sister Francis is married to former Maori All Black and Hurricane Shannon Paku. Plummer studies law and commerce at Victoria University.