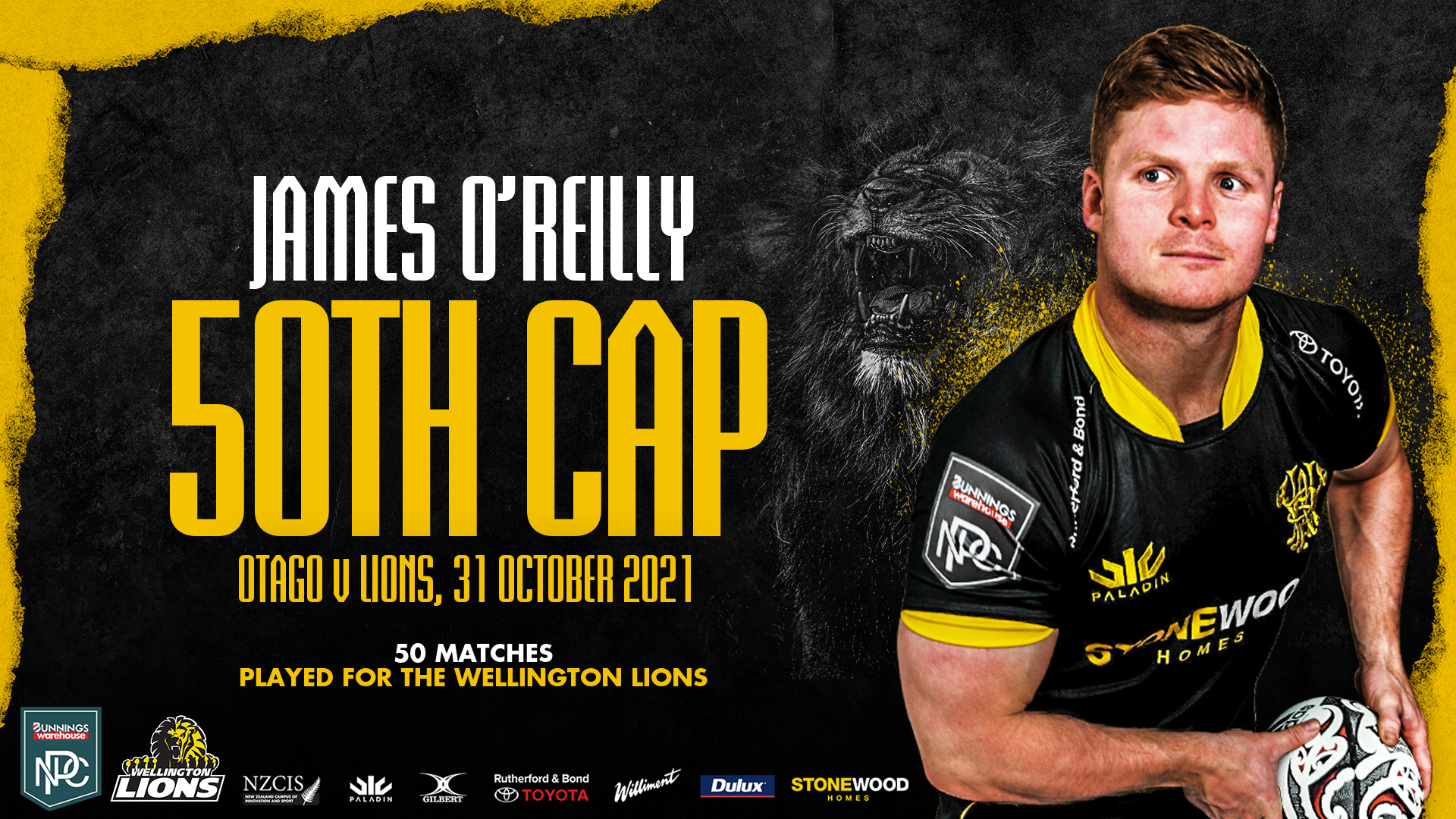 Hooker James O’Reilly will take the captains armband for this weekend’s non-competition clash with Otago in Dunedin in what will be his 50th appearance for Wellington.

O’Reilly, a product of Hutt International Boys’ School, made his Lions debut in 2013 fresh out of college. The New Zealand Under 20 representative spent 2016 and 2017 in Bay of Plenty in search of more game time but returned to the capital in 2018, where he has further established himself as one of the senior players in this squad while providing   valuable Super Rugby experience.

In the Lions second straight non-competition match, more changes have been made to rotate players and prepare for next weekend’s crucial Tasman matchup.

Captain O’Reilly is rejoined in the front row by regular starters Xavier Numia and Alex Fidow who both came off the bench last week, while James Blackwell returns to the second row alongside Taine Plumtree. A new look back row will see Keelan Whitman in the boot of the scrum, with Caleb Delany on the blindside and Sam Smith in for regular captain Du’Plessis Kirifi.

Connor Collins once again partners with Jackson Garden-Bachop, while the midfield duo of Peter Umaga-Jensen and Julian Savea (subject to him passing concussion protocols after a knock last week) looks dangerous as ever. Wes Goosen and Pepesana Patafilo will look to cause havoc out wide while Ruben Love returns to the starting lineup at fullback.

The Lions and Otago will do battle on Sunday at Forsyth Barr Stadium in Dunedin at 1:05pm. The match will be Live on Sky Sport.