Old Timers’ Days this Saturday and milestones for Premier players 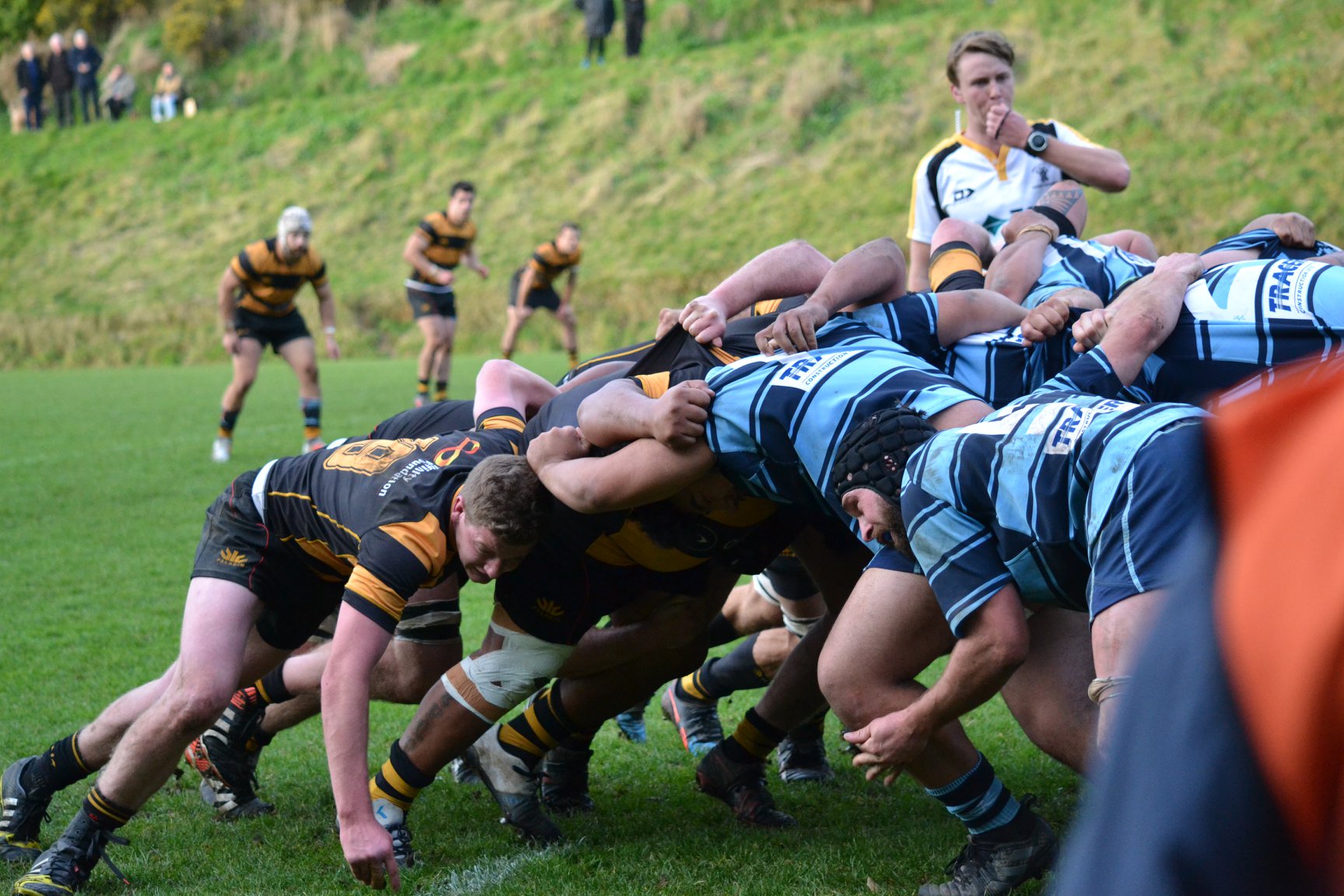 Petone and Johnsonville are holding their Old Timers’ Days this coming Saturday, while a well-deserved milestone is coming up for Tuakana Metuarau (Ories), Cole Stewart (Poneke) and Brandyn Laursen (HOBM).

A week after a big afternoon on the Petone Recreation Ground on McBain Shield day, the Petone club holds its Old Timers’ Day and another busy Saturday is expected at the club.

Petone host Oriental Rongotai at the Village in the two top men’s grade matches. Both are expected to be close games.

In the Premier Reserve Harper Lock Shield, these clubs are two of six teams separated by as many points on the standings. This game is between third placed Ories (on 23 points) and seventh placed Petone (18).

In the Premier Swindale Shield, Petone are one of four joint leaders (24), whilst Ories are back in eighth spot (14). Both are coming off emphatic wins, Petone beating HOBM 32-24 and Ories defeating Wainuiomata 46-19.

On Saturday, there are three games at Helston and nearby Newlands Parks. The Johnsonville and the Stokes Valley Pressies meet at Newlands, while the Harper Lock Shield game between the Hawks and Petone White and the Swindale Shield fixture between the home side and the Axemen follows on Helston Park.

Like at Petone, the Johnsonville-Wellington Swindale game also has a lot riding on it for both sides who are at the foot of the table. Johnsonville are winless through six matches of 13 and coming off a heart-breaking 20-23 loss to Paremata-Plimmerton, while the Axemen have one win and last week’s 19-19 draw with the Upper Hutt Rams to show for their efforts so far.

The Johnsonville club is expecting a big turnout at the clubrooms during the day and afterwards, with plenty of food and a entertainment to go with it.

Both this weekend’s Old Timers’ Day clubs are playing for notable interclub trophies in their Premier fixtures.

Petone and Ories contest the Jim Brown Memorial Trophy, after the former Petone and Wellington midfield back of the 1960s and 1970s. Brown was a Petone double-centurion and this was first played for 2004 following his passing. Of note, the player of the Jubilee Cup final award is also named after Brown.

Johnsonville and the Axemen contest the Mick Kenny Memorial Cup, which was donated by the Kenny family for this game in 2001 upon Mick’s passing. He played for Johnsonville prior to world war two and for Wellington after it.

When he runs out on to the Petone Rec to face the home team on Old Timers’ Day Ories captain and lock Tuakana Metuarau will play his 100th Premier match for the Magpies.

When fit, Metuarau has been a regular fixture in Ories teamlists continuously since 2015, following his Premier debut against Rimutaka at No. 8 in 2012.

A versatile player, he has played Premier matches for Ories wearing everything from 4 to 8 on his back.

He joined Ories a year out from finishing school at Rongotai College, having been in the same First XV as Ardie Savea whom he played a rare club match with several weeks ago in 2011.

Metuarau is also well supported by his family, who have strong sporting links. Father George is a well-known Cook Islands rugby identity, while mother Wai Taumaunu is a former Silver Fern player and coach and younger sister Tiana is a current member of the unbeaten Te Wānanga o Raukawa Pulse squad in the ANZ Championship.

Should he start for Poneke, Cole Stewart will be playing his 100th Premier match for Poneke against the Upper Hutt Rams in their Alby Makeham Shield fixture at Maidstone Park.

Like Metuarau, Stewart has played Premier rugby in several positions – in both the backs and forwards in Stewart’s case – and he has captained his Premier side before.

He also went to Rongotai College, where his school’s First XV at centre in 2009.

He made his Premier debut at centre against Ories in 2011 in a Jimmy Grbich Shield match and played much of his early to middle career at either second-five, centre or on the wing.

Former coach Richard Watt was a key mentor in his switch from the backs to the forwards at the start of 2016 and he has played at lock and flanker ever since.

Stewart has also had a stint playing overseas in Ireland, while during the week he is a builder.

Brandyn Laursen is also a builder by day, and when he is not knocking over penalties, he is knocking up walls with his father and former player Craig.

Laursen is the current joint leading points scorer in the Swindale Shield with OBU’s Dale Sabbagh with 73 points and on Saturday he will play his 100th match for the HOBM Eagles against Paremata-Plimmerton.

In his third year of senior rugby out of Kapiti College in 2013, he scored 286 points, a new Wellington club rugby single season record and surpassing father Craig’s record of 267 set in 1993 whilst playing for Avalon.

As well as for HOBM, Laursen has had stints playing in Marlborough (2014) and overseas in Scotland and in the Heartland Championship for Horowhenua-Kapiti.

This season, he has mostly been playing second five-eighth but has also played many of his games for the Eagles at first five-eighth or fullback.