Old Timers' Days for Eastbourne and Wainuiomata, inter-club trophies and player milestones in round 8 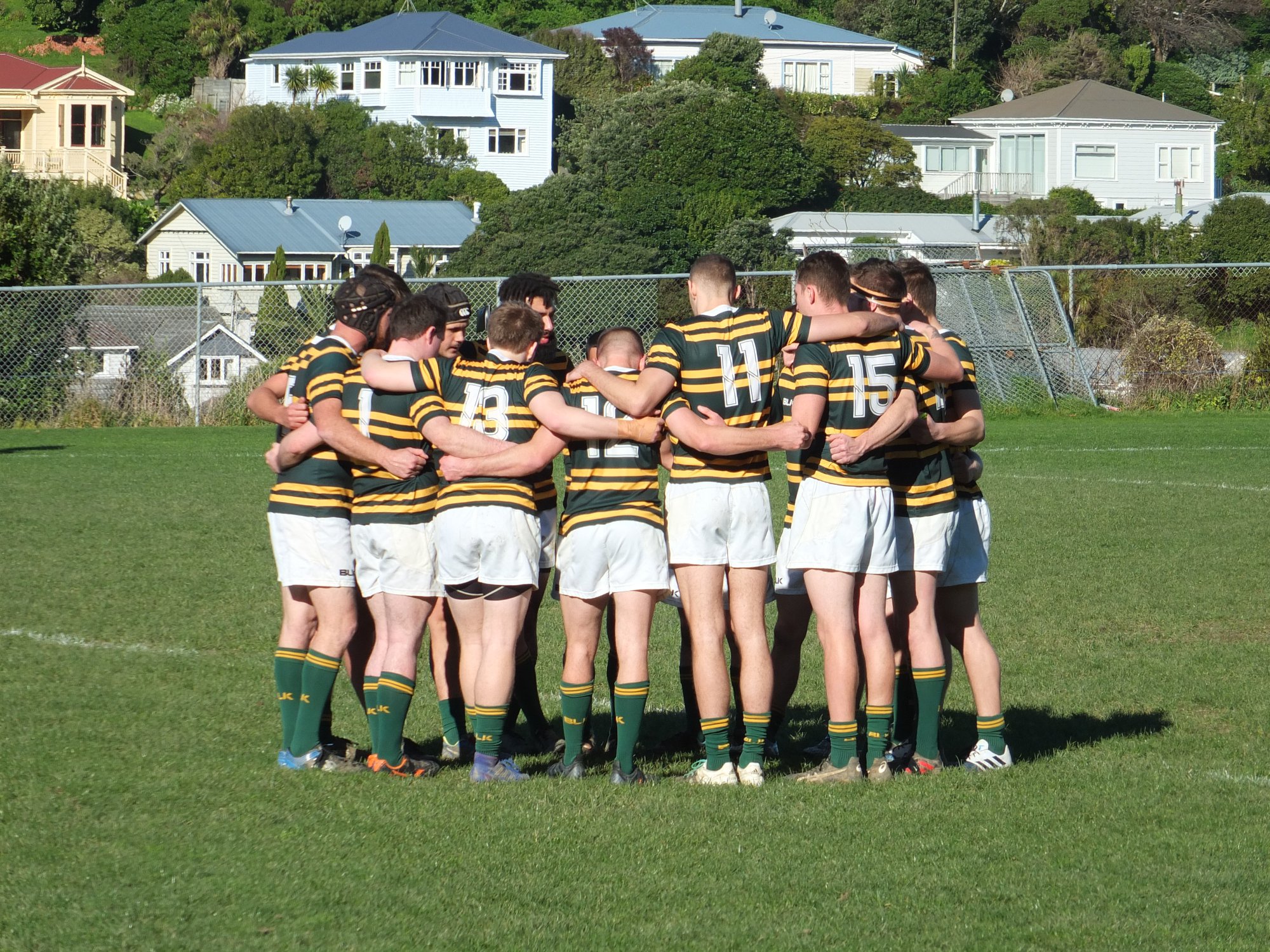 Eastbourne's Under 85kg team during the 2019 Tony O'Brien Shield final

There are two Old Timers' Days in Wellington club rugby this coming weekend, as well as more famous inter-club trophies on the line and players set to play their 100th games, should they take the field in round 8.

Both Old Timers' Days are in the Hutt Valley, with Eastbourne and Wainuiomata celebrating their heritage and past and present achievements

Eastbourne are one of three 'non-Premier' clubs in Wellington - along with Stokes Valley and the Wests Roosters - that field teams in the lower grades along with the 14 current Swindale Shield clubs.

The smallest senior club in Wellington, Eastbourne continues to field a solitary team in the 85kg grade. This Saturday they host the Upper Hutt Rams in a match that doubles as a top-of-the-table JC Bowl clash. The Rams have won five from five thus far, having scored 233 points and conceded 30, while Eastbourne are second with a record of four wins from six games played.

The Eastbourne club has a rich history. It was founded in 1921 in part by the All Black halfback and captain for two tests that year against South Africa, Teddy Roberts, who was living in Eastbourne at that time. Roberts brought the All Blacks there for a visit in September that year ahead of their second test with the Springboks at Athletic Park (which was drawn 0-0). Another early highlight for the club and the community was the 1924 All Blacks training and using the facilities before they departed for Britain and France in what became the ‘Invincibles' tour.

Over the years the club continuously fielded teams in the various WRFU competitions, enjoying a strong identity and success in various senior grades.

Over the hill, Wainuiomata are another club with a strong community identity, since their formation in 1946.

They have been strong Premier performers in recent seasons, and were beaten Jubilee Cup finalists for the second time last season.

Wainuiomata host Paremata-Plimmerton this Saturday on their Old Timers' Day, in a match they will be eager to win to maintain a mid-table position as the business end of the season draws closer. After seven rounds, Wainuiomata are 10th with three wins and four losses and are coming off a big defeat to Northern United. Visitors Paremata-Plimmerton also went down on Saturday to HOBM, but won their previous two games.

As well as the Premiers, Wainuiomata's Premier Reserves play Paremata-Plimmerton in the early game on William Jones Park, while their Pressies meet the Upper Hutt Rams counterparts on Mary Crowther Park at 1.00pm before joining the club's festivities up the road at green and black headquarters.

In interclub trophies being played this Saturday, Poneke and Oriental Rongotai stand-off at Kilbirnie Park for the Jimmy Grbich Memorial Shield, HOBM and Marist St Pats contest the Father Cleary Shield, Tawa and Johnsonville play for the Carman Cup, the Upper Hutt Rams and Norths play for the Terry Farrow Memorial Cup and Wellington and Petone meet for the Bill Francis / Jack Taylor Trophy.

The Carman Cup was donated by Arthur Carman who was the first Patron of the Tawa RFC. He was also a member of the Johnsonville club. The trophy was first played in 1952 and apart from one year (1994) it has been contested each year since.

The Terry Farrow Cup was donated by the Farrow family in memory of Terry Farrow, Past Life Member of Norths RFC, who passed away in 1999,and first contested in 2000. Terry was instrumental in the amalgamation of the Titahi Bay & Porirua clubs, which formed the Northern United RFC in 1990. Terry's father, George was the first Life Member of the Upper Hutt club.

Marist supremacy in Wellington is for the Father Cleary Shield, which commemorates the late Father Tom Cleary (commonly known as "Creeps") a sportsmaster and well known first XV coach at St. Pat's College, Wellington and one of the founders of the St. Pat’s College Old Boys RC.

The Grbich Shield commemorates the player who was a regular Wellington and New Zealand Maori representative and played for Poneke throughout the 1950s and early 1960s before tragically dying in a car accident near the Tawa motorway interchange. He was 31.

Grbich, of Dalmatian and Maori descent, came to Wellington from Pukekohe in 1950 and joined the Poneke club for whom he played every season for up until his premature death. Poneke won the Jubilee Cup in his second year at the club in 1951.

N. Gardiner, a long-time member of the Oriental club, also a good friend of the Grbich family, presented the Jim Grbich Memorial Shield in 1964 and it has been contested every year since between Poneke and Oriental (1964-67) and Oriental Rongotai (since 1968) in their first round ‘Battle of the Cutting' clash.

After appearing off the bench last week, Poneke's Cole Stewart will make his 100th Premier appearance on Saturday in the Grbich Shield match -  should he be named to start.

Stewart started life in the backs, playing centre for the Rongotai College First XV and the Poneke Premiers, before moving to the forwards and earning a number of starts at lock and blindside flanker.

Stewart works as a builder during the week.

Another player set to earn his 100th cap for his club is HOBM prop Rei Manaia.

Manaia is the rock of the HOBM Eagles scrum and was part of the 2014 Jubilee Cup winning team, following his debut earlier that year. He made his first Premier start in the opening round of 2015, scoring a try in HOBM's 37-36 win over the Wellington Axemen.

Out of nearby St Bernard's College, Rei is the second oldest of four brothers - Lake, Brett and Puna being the other three siblings. The three oldest, Lake, Rei and Brett, have all played Premier rugby for HOBM.

Also a builder by trade, Rei's off field team duties include being in charge of bringing the speaker for the music pre and post games.