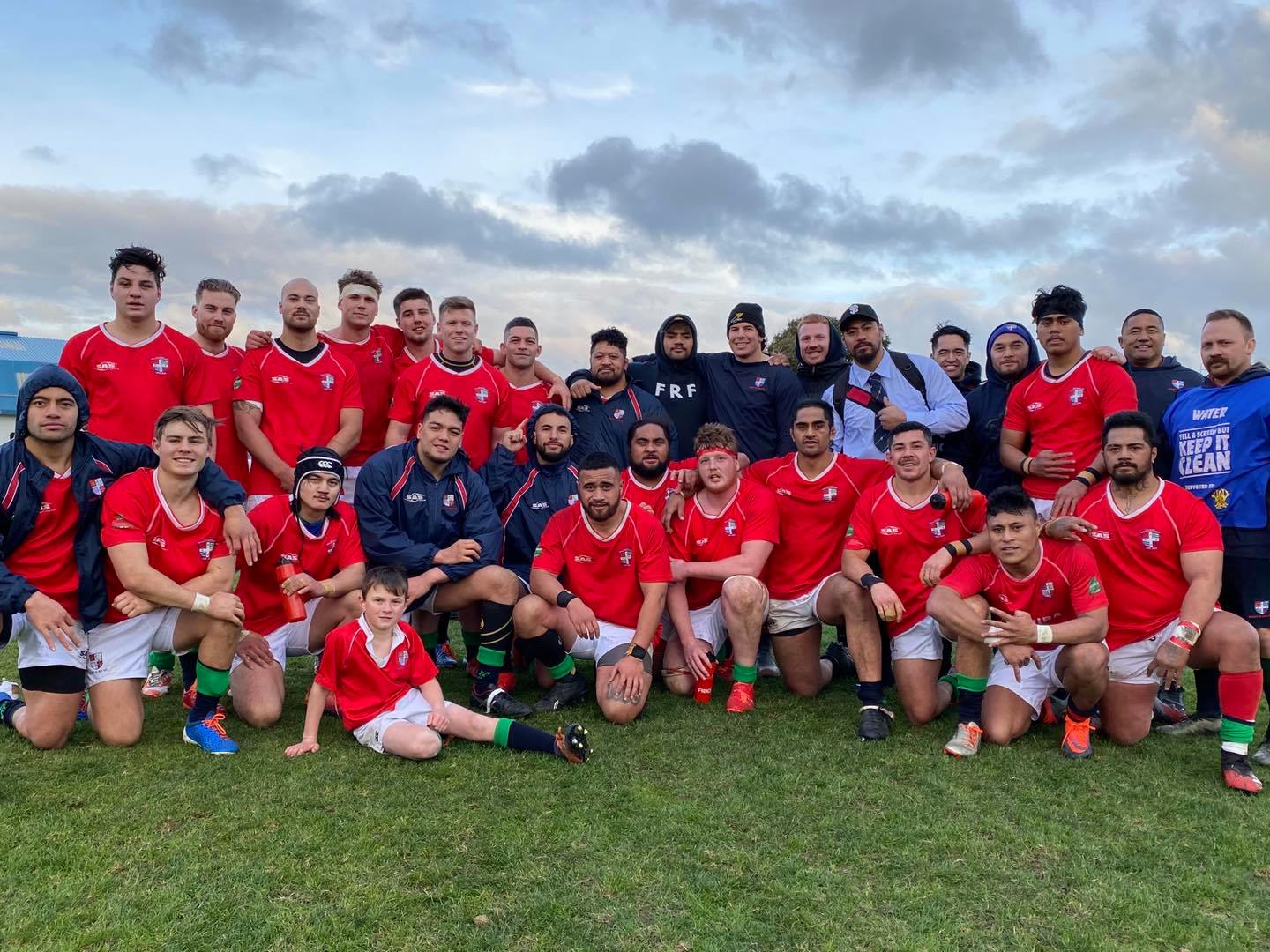 Defending Jubilee Cup champions Northern United are on the board with their first win, while Johnsonville, Avalon and Paremata-Plimmerton are the sides yet to achieve success in 2020.

On a breezy, dry day around the region on Saturday, there were two close Swindale Shield matches and four more comfortable wins for the victors as part of the seven matches played.

At Kilbirnie Park, home side Poneke and Tawa contested the closest Premier match of the day, that came down to a Poneke penalty miss in the shadows of fulltime that saw Tawa hold on and win 17-15.

In an arm-wrestle throughout Poneke took a 10-7 lead into halftime playing into the wind. Tawa first five Luke Cummings and Poneke wing Suitulala Filemoni both scored tries.

Tawa wing Maui Wallace scored a decisive intercept try early in the second half and Poneke’s Filemoni replied with his second try. But it came down to goal-kicking in the end and Tawa took home the inaugural Kevin Carmichael Cup.

At Maidstone Park, Oriental Rongotai won the Bob Lendrum Cup against the Upper Hutt Rams, 21-17. After a first half dominated by the boot, Ories second five Steven Va’a and replacement prop Tua Taituave crossed for tries for the Magpies. For the Rams, fullback Scott Svenson scored all 17 points made up of a try and four penalties.

Northern United beat the Wellington Axemen 77-0 at home at Jerry Collins Stadium, after leading 27-0 at halftime.

Marist St Pats earn their third straight win by beating Wainuiomata 27-10, although they were made to work for victory at Evans Bay Park for the Rona-Morrissey Cup. Their three tries were scored by forwards, Tom Horan, Josh To’omaga and Tyrone Thompson, while prop Vince Sakaria played his 100th Premier match for the scarlets.

At the Hutt Rec, the HOBM Eagles produced an ominous full team display, the first half at least, in beating Johnsonville 59-5. The Eagles preyed on the Hawks early to lead 28-0 midway through the first half and 40-0 by halftime.

Second five-eighth Brandyn Laursen scored four tries and kicked 6 conversions for 32 points, while the dangerous Rayasi brothers, Salesi and Fritz, both crossed the tryline along with the other wing Fereti Soloa, halfback Waylon Tuhoro-Robinson and hooker Freddie Sunia. These latter two players, plus flanker Willie Rua had strong games.

Johnsonville regrouped somewhat in the second half and captain and centre Andy Ellis scored their only try from a dropped pass and collect and runaway. As well as Ellis, fullback Niall Delahunt was fast and elusive in open space.

The Premier Women’s points table sees defending champions Oriental Rongotai out in front on a maximum points heading into their bye this coming weekend, but a bunched field below them owing to byes and points deductions as well as points accrued on the field.

Ories beat Poneke by default this round, leaving three matches in the Rebecca Liua’ana Trophy on Saturday.

At the Petone Rec, the Petone Ponies beat the Avalon She-Wolves 51-0. Black Fern Jackie Patea-Fereti led from the front at No. 8 and scored two tries, while halfback Milly Mackey scored three tries and 21 points.

The closest match of the round was at the Hutt Rec, where home side Hutt Old Boys Marist beat Marist St Pats 24-19 in a tight match of seesawing fortunes.

MSP launched a furious late assault at the other end, but fulltime arrived and the Eagles prevailed.

HOBM had taken a 12-5 lead into halftime, with both sides enjoying periods of dominance and scoring one try each before wing Sarahcen Oliver scored in the corner with little room to move.

HOBM lost a player to the sin-bin early in the second half and MSP replied with a steamrolling forwards try that levelled the scores to 12-12.

HOBM utilised the blindside on attack well, and a shortside move off a scrum saw flyhalf Rachel Peleseuma link with her wing Ateca Rainforth for a try in the corner and a 17-12 lead for the home team. MSP hit back with a broken field try to halfback Taimane Siaosi and they now led 19-17, before HOBM’s winner a few minutes from the end.

Norths had a 122-7 win over the Petone Brotherhood (B side), while the Villagers’ A team themselves piled on the points against Avalon in beating them 54-10.

In closer matches, HOBM beat Johnsonville 34-10 at the Hutt Rec – in a competitive game that saw the Eagles score one of their first half tries through an intercept and pull clear of the Hawks with a pair of late tries – and Tawa held off home side Poneke 32-17 at Kilbirnie.

The closest game of the day however was at Delaney Park, where Ories prevailed by a single point against Stokes Valley in a 14-13 arm wrestle. Ories won the match with a last-minute try.

In second round Paris Memorial Trophy Colts matches, the Petone Colts beat the OBU Black side (second team) 18-3 in a close result, but all other matches saw comfortable wins for the winners.

HOBM Green beat Johnsonville 51-5, although this game was a lot more competitive than the score shows with the Junior Eagles leading three tries to one at halftime and running in several tries in a short time later in the game.

In JC Bowl U85kg games, the Upper Hutt Rams and the OBU Scallywags are both on maximum points after two rounds.

The two other JC Bowl matches played on Saturday were tight affairs, with the Wests team beating the HOBM Howlers 16-14 and Wellington beating Eastbourne 15-10.

Defending champions Avalon had the bye.

In the Reserve Grade, the OBU Teddy Bears and the OBU 69ers drew 19-19, the OBU Pink Ginners beat the OBU Righteous Brothers 19-5, while the Poneke Ruffnuts beat the Wests Mixed Veges 15-12.

The UH Rams J8s overcame the MSP Internationals 28-19, while the other two Rams teams suffered defeats. The Thirsty Rams lost to Ories 19-36 and the Pirates were boarded by the Paremata-Plimmerton Punters 28-41.