Lions Prepare For Tasman, Semi-Final Up For Grabs 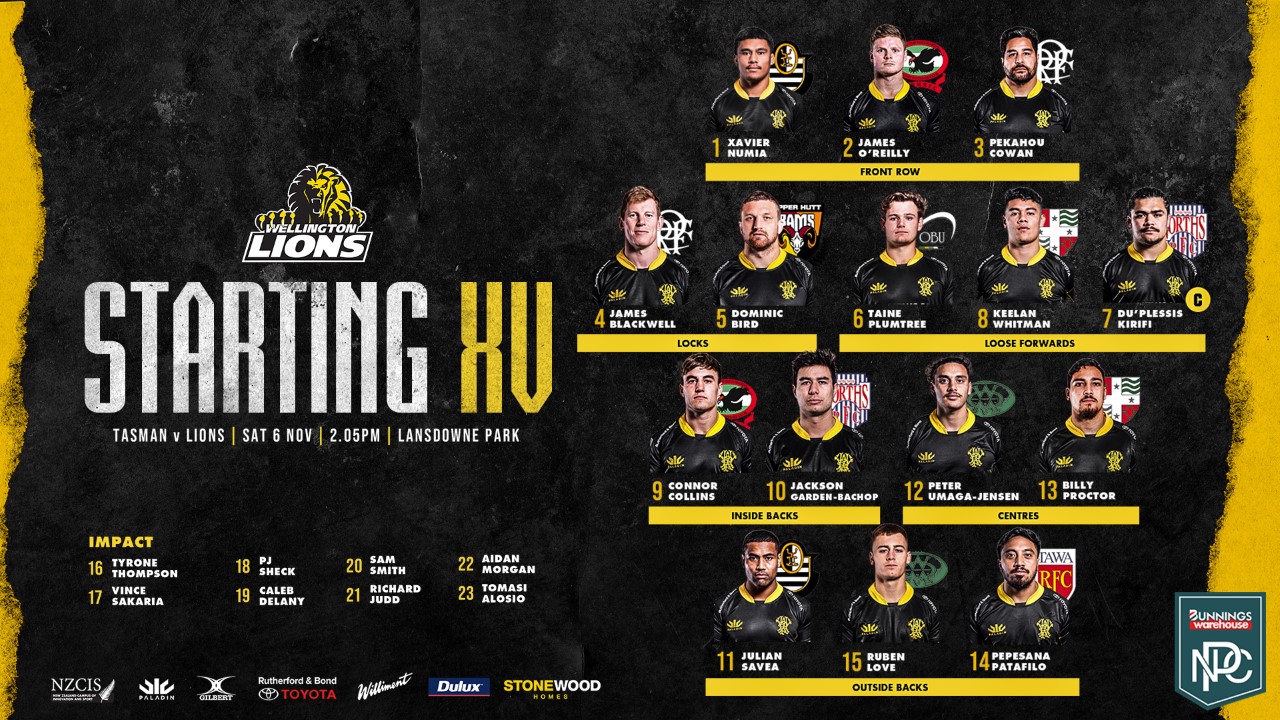 The Lions will play their final regular season match this weekend, taking on Tasman in Blenheim. After two non-competition matches, resulting in a win and a loss, the team finds themselves in a hot semi-final battle, with a home semi still a potential outcome.

Changes in the forward pack have been kept to a minimum with Pekahou Cowan getting the nod at tighthead while Dominic Bird returns in the second row. Taine Plumtree then moves out to the number 6 position, leaving Caleb Delany to come off the bench. Captain Du’Plessis Kirifi returns to the starting XV and takes over his captaincy duties once again.

In the backline, the 9 and 10 combo of Connor Collins and Jackson Garden-Bachop continues to flourish, Julian Savea will move back to his favoured left-wing position in place of an injured Wes Goosen.

In the mid-field there is a welcome return for Billy Proctor, playing his first match of the season after injury, where he partners with fellow Hurricanes Peter Umaga-Jensen.

On the bench, PJ Sheck comes in for the injured Alex Fidow, while Sam Smith moves back to the bench after a start last week. Aidan Morgan has been in good form of late, and will look to continue making the impact he has off the bench, as will Tomasi Alosio expect reasonable game time.

The two sides last met in Porirua last season, with the visitors prevailing 19-3 in the wet.

Wellington currently sit third in the Premiership and will be looking to claim the second home semi-final spot, while Tasman, in 6th are only 2 points behind the 3rd placed Lions and will be aiming to clinch a spot in the post season in a very tightly contested Premiership.

Kickoff on Saturday is 2:05pm and the match will be live on Sky Sport.