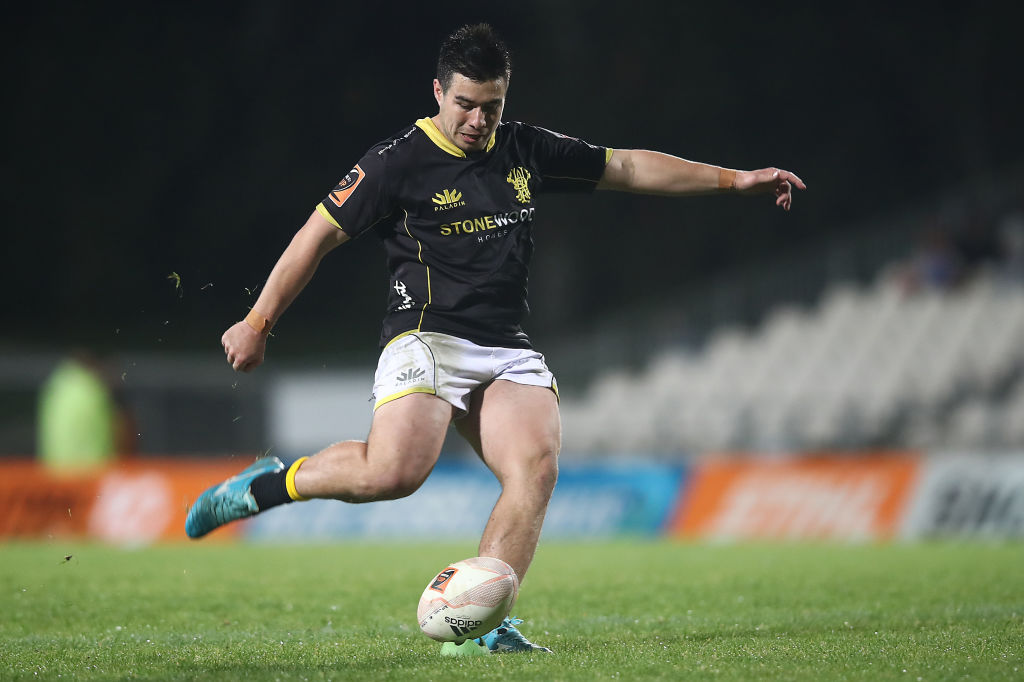 The Wellington Lions have enjoyed their largest victories of the season in the past fortnight. Greater success has coincided with a faultless run of goal-kicking by Jackson Garden-Bachop.

The first five-eighth has kicked 14 consecutive goals, including a late and pivotal sideline conversion in the narrow 29-22 triumph over Counties Manukau.

It's a bit of a contrast to last season when, by his own admission, he was not as accurate as he needed to be, kicking at just 63 per cent.

“I haven’t changed too much technically, but I’ve tried to be more consistent generally,” Garden-Bachop explained.

“When I kick one I’m better at noticing what I did right and applying that with the next kick.”

Garden-Bachop has been apart of the Lions for seven years, racking up 59 appearances for the province.

“I wasn’t surprised, but pleased with the second-half against Auckland on Sunday. We’ve been working on our physicality and if we can be clinical upfront we have the backs to cut loose.”

Wellington achieved their first win at Eden Park since 2008, holding the hosts scoreless in the second-half.

Garden-Bachop hasn’t been able to hold down a regular starting place in the Hurricanes with All Black Beauden Barrett running the cutter. Is Garden-Bachop one of the few in the capital happy at Barrett’s departure to the Blues?

“I wouldn’t say I’m happy about it, but hopefully I get more of a run. It’s been a valuable learning experience working alongside Beaudie. He’s a chilled guy, but he definitely holds you to account in a constructive way,” Garden-Bachop responded.

So what is he expecting from Saturday night's opponents?

“Northland bring the razzle dazzle in that they attack from everywhere. We have to be clinical and shut down those threats,” Garden-Bachop observed.

The last time Garden-Bachop played Northland was in 2017 and he scored 19 points. His record personal haul in a single game for Wellington is 21 against North Harbour in 2016.

Jackson’s father Stephen Bachop played 18 tests for Manu Samoa. Was the World Cup a possible alternative to the Mitre 10 Cup this season?

“My manager and I talked about it, but the conversation with Samoa never got very far. I’m really enjoying my rugby for Wellington at the moment and that’s my sole focus at this point in time,” Garden-Bachop concluded.