Home semi-final at stake for the Wellington Lions against Waikato 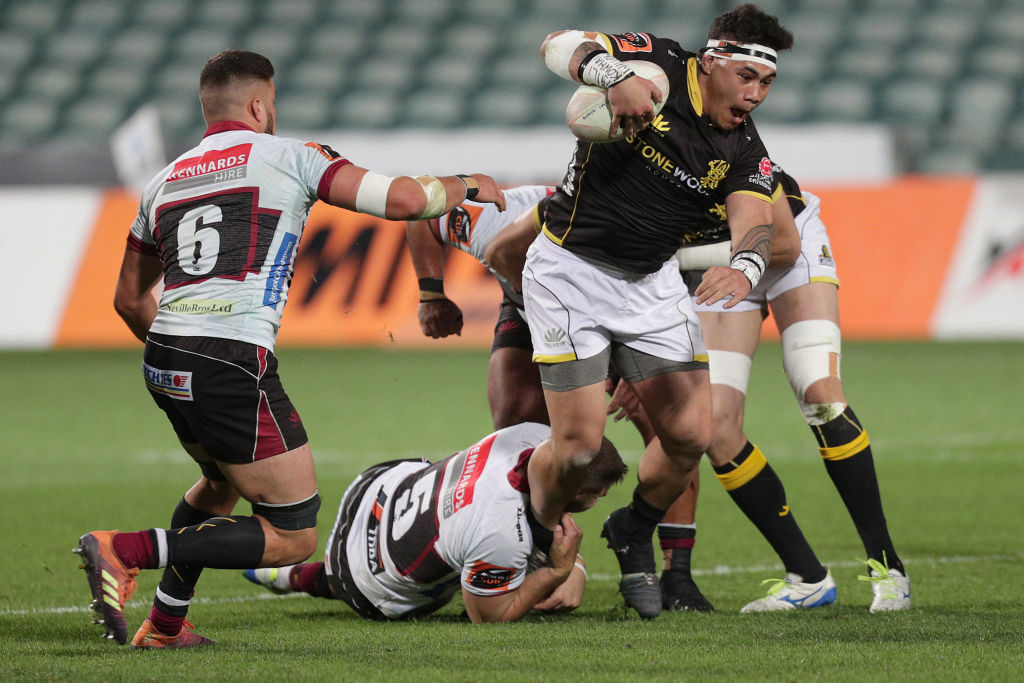 The Wellington Lions are playing for a home semi-final while Waikato have an outside shot at a top four spot when the two teams meet in this coming weekend’s final regular season round in the Mitre 10 Cup.

The Lions host Waikato on Saturday night at Westpac Stadium, with a semi-final spot already confirmed but the venue for next week’s knockout fixture yet to be decided.

The equation sees them just needing to beat Waikato, with or without a bonus point, to book that home playoff date, but anything less will leave them and supporters glued to their sets late on Sunday when Canterbury host North Harbour for the Ranfurly Shield.

The Lions will also be hungry to get their campaign back firing after missing out to North Harbour in their most recent match last Friday. North Harbour skipped out to a big lead, the Lions came roaring back but fell short 42-34 in an 11-try thriller.

The top of the Mitre 10 Premiership points table heading into the last round reads: Tasman 43, Wellington 32, Canterbury 30 and North Harbour 26.

Waikato are on 22, and will have everything to play for against the Lions, if Championship side Taranaki beats Auckland who are on 24 on Friday night. Then they would also be sweating on the Canterbury – North Harbour result on Sunday.

With much potentially at stake from both sides, Saturday’s match has the potential to be a blockbuster between the two traditional powerhouse rivals.

Traditionally blessed with dynamic backs and mobile forward packs, both teams play similar styles and the result is invariably explosive, edge of the seat rugby.

Wellington-Waikato matches invariably have a feeling of high-action about them and this is matched by a history of high scoring. The 19 points the Lions scored to beat Waikato in Hamilton in 2013 (19-14) was the lowest winning score that scoreboard operators in this contest have posted in their past 32 clashes dating back to 1991.

Similarly, the 33 combined points scored by both teams in that 2013 match was the fourth lowest combined score in over 40 NPC/Mitre 10 Cup matches between Wellington and Waikato. Only Waikato’s 12-9 and 13-9 wins in 1983 and 1991 and Wellington’s 22-4 Ranfurly Shield win in 1981 were lower, and all three of these were in the era of four-point tries.

Like they could be on Saturday, Waikato were desperate to win having lost their previous 10 straight fixtures. They came out on to their home ground firing on all cylinders and leapt to a 43-14 lead after 65 minutes with now All Blacks wing Sevu Reece bagging a hat-trick. The Lions came back to score three tries in six minutes to close the final score to 43-31 in Waikato’s favour.

The Lions won 34-10 in 2017 in Hamilton, while Waikato also won their 2016 match in Wellington in another frenetic game that saw Wellington ahead 17-14 at halftime and then Waikato come back to win 28-24.

The number 37 is significant for Waikato in these games – since 2004 they have posted a final score of 37 four times against Wellington.

Another example of a high scoring Wellington-Waikato fixture was their 2008 clash at Westpac Stadium, which the Lions won Their 2008 meeting also at Westpac Stadium saw the Lions prevail 45-33 after leading 26-18 after 18 minutes. The Lions opened up Waikato's defences with a lightning four-try burst between the 8th and 18th minutes before Waikato hit back with tries of their own in a 12-try thriller.

The Lions' highest score over Waikato was the 55-18 win in 1988, fullback John Gallagher kicking six conversions and 27 points in the 37-point win.

Wellington’s record against Waikato in all NPC matches in Wellington is played 17, won 12, lost five and drawn none.

Saturday’s match at Westpac Stadium kicks off at 7.35pm.