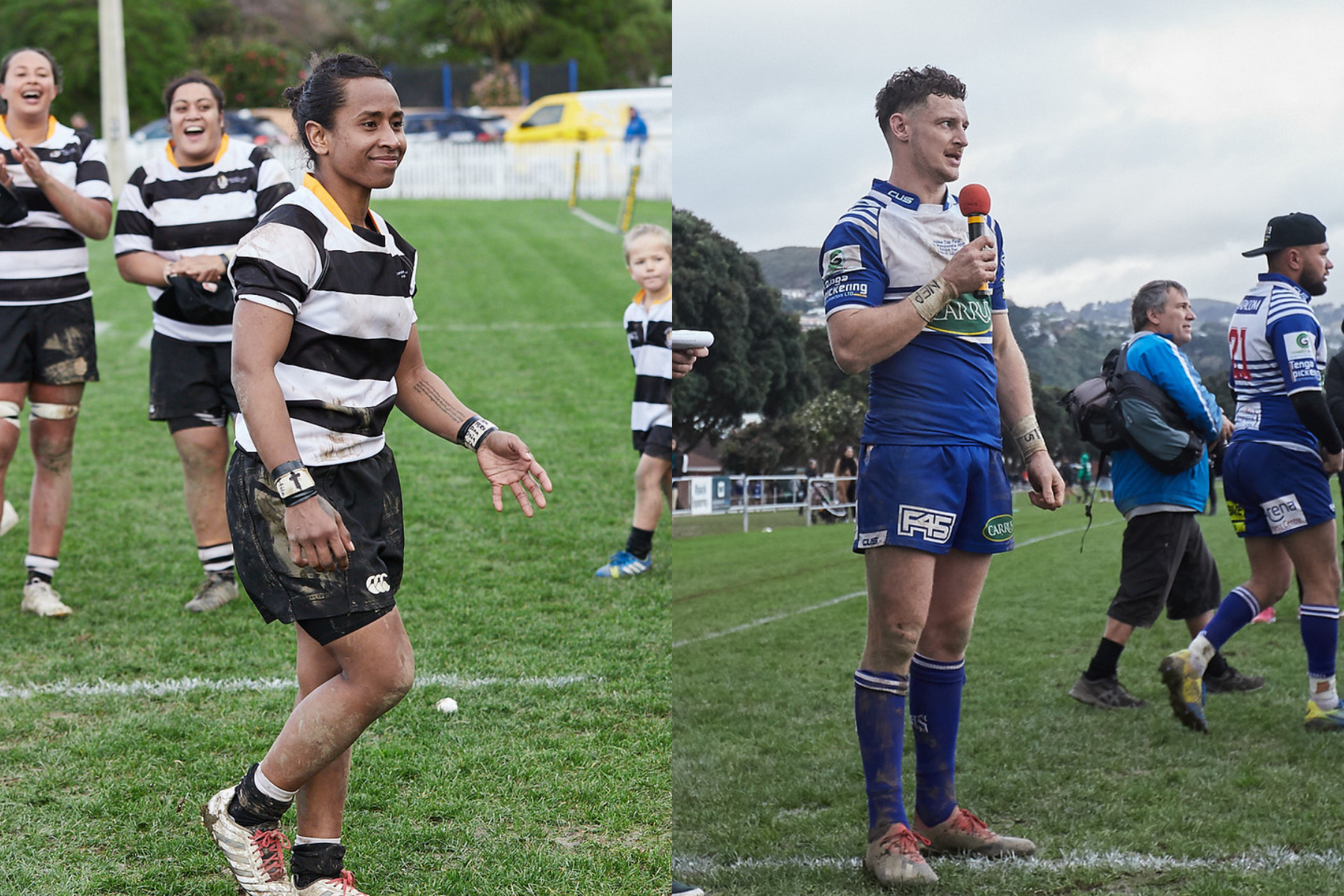 The two halfbacks from the winning teams were proud Player of the Final recipients of the two club rugby deciders on Petone Recreation Ground‘s number one ground recently.

Oriental-Rongotai Women’s halfback Rejieli Uluinayau was the Player of the Final of the Women’s Division 1 Tia Paasi Memorial Trophy, helping her side to a 43-10 win over Northern United.

Woodmass was part of Northern United’s 25-16 win over Wainuiomata in the Premier men’s Jubilee Cup final that followed, kicking two second half penalties that helped take the game away from Wainuiomata.

Both praised their team’s efforts.

“That final, I felt was a reflection our whole season" said Woodmass.

“Wainuiomata came out fighting in the first 20 minutes or so and just the fight that our boys showed playing into the wind in that first half was awesome. The team banded together as one.”

“It was a surprise that we won by so much on the scoreboard, but the girls worked hard throughout the season and that was our goal to win the title so we really happy with how it panned out," said Uluinayau.

Uluinayau, who started playing club rugby for Ories several years ago while still at school at Wellington East Girls’ College and also played with Tia Paasi whom the trophy is named after, said her team’s rivalry with Norths this year was as close as ever.

“We played them three times heading into the final. We won a hard game at Westpac Stadium, then we won by just one point and then we lost by heaps in the third game. But it was good to see the girls all come back together for the final and we clicked on the day.”

The Women’s final was close at halftime at 10-10, before the Magpies stormed ahead. “The first half was pretty hard and both teams dug deep, but the second half playing against the wind we managed to pull away.”

Ories welcomed back Black Ferns duo Joanah Ngan-Woo (No. 8) and Ayesha Leti-I'iga (left wing), with the latter scoring a hat-trick in the decider to extend her club rugby tries record to 110 in 50 games played.

Uluinayau heaped admiration on those two and others around her. “It is really good knowing you have those girls that know their game on your side and it makes the game much easier for us.”

After the final win, Uluinayau said the team went back to the Ories clubrooms in Miramar to celebrate.

The Ories club support each other well. “It is always good to have the Ories supporters behind us,  not only from family and friends but from the guys teams as well and we know they have got our back.”

“I have been part of a couple of clubs in my rugby career and the 100 Club for Norths is incredible. Week in-week out, the turnout from them lifts us and having more supporters than home team supporters you don’t get anywhere else.

“You heard them chanting in the final, hearing them just going for it with about 10-15 minutes left, and that helped us knuckle down to the fulltime and get that win.”

Woodmass was surprised to win the Jim Brown Memorial Salver for being the Player of the Final. “When I was playing the game, there were just so many standouts across the park and I guess just being behind a dominant forwards pack with everyone putting their hand up it is just a reflection of their work. I guess they pulled my name out of a hat!”

The Norths celebrations started in the clubrooms on Saturday night. “The 100 club were waiting for us and they cheered us in and we presented the Jubilee Cup to the faithful and we had a big night with them.”

On Sunday after the final the team visited Jerry Collins’ final resting place at Whenua Tapu with the Jubilee Cup and visited club stalwart Ron Wood at home who was unable to attend the final owing to poor health.

“It is really exciting to be part of something like that, to get involved in the community and to represent Porirua this way.”

Now that the club season is finished, neither player is hanging up their boots for the year.

Uluinayau is a member of the Wellington Pride wider squad, while she is also looking forward to another season of sevens with Ories in the first instance.

Woodmass is in the Wellington Development squad and likewise is keen to be involved in the sevens season and beyond for Norths.