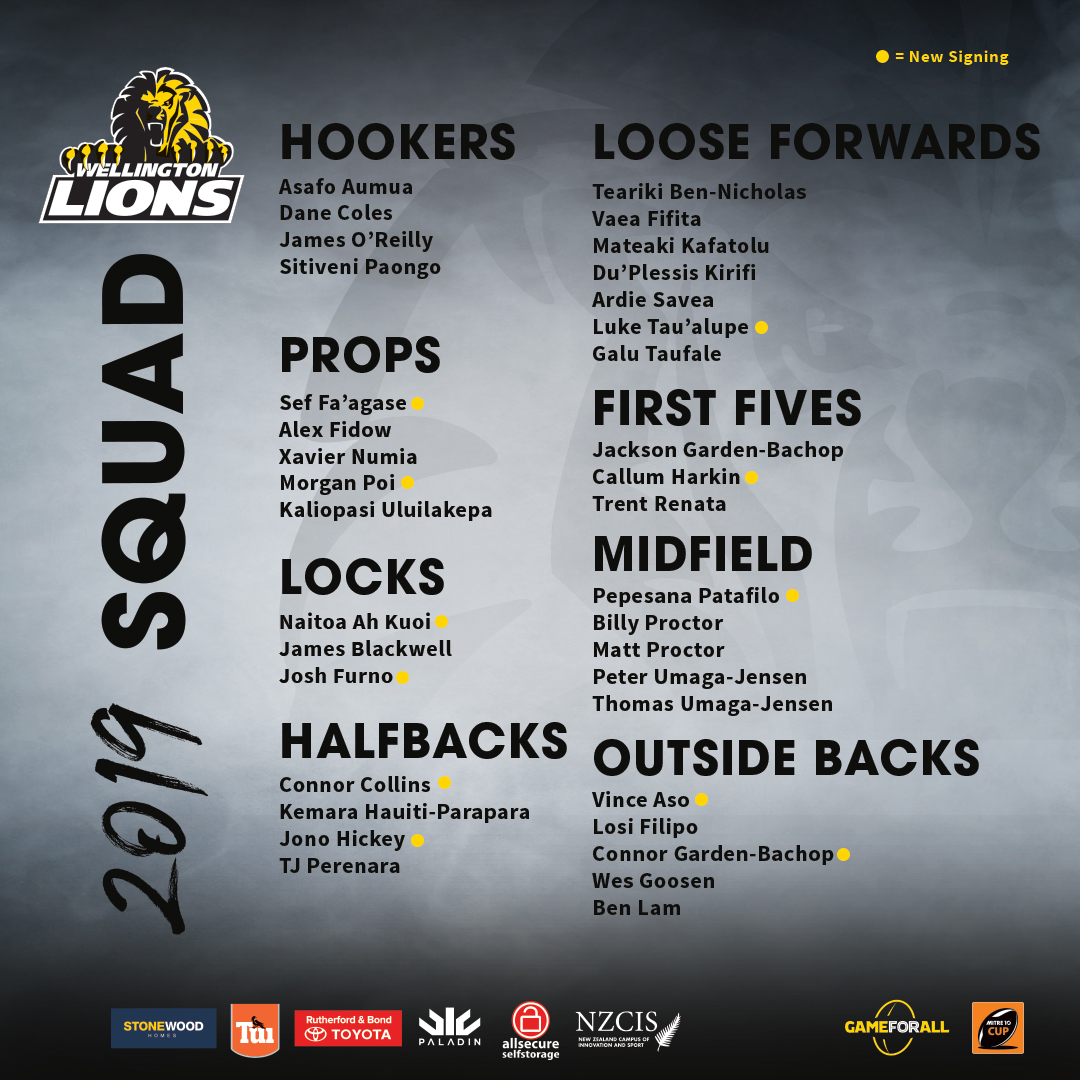 Wellington Lions head coach Chris Gibbes sees plenty of potential in the 2019 squad which has been bolstered by a number of new players ahead of the start of the Mitre 10 Cup next month.

The two captains would compliment each other well in terms of their skill sets Gibbes said.

“There are also other key individuals in this team who will help lead the squad and assist the captains in their roles.”

Hurricanes utility back Vince Aso has transferred from Auckland and is one of six new additions in the backs along with former Canterbury halfback Connor Collins.

“The key thing for us is we have recruited into spaces we clearly needed,” Gibbes said.

“I think the guys who have come in provide not only excitement but an ability to do their job really well.

They bring a different type of energy to the group and that’s adding to our culture and that’s exciting.”

All Blacks TJ Perenara, Ardie Savea, Dane Coles, Vaea Fifita and Asafo Aumua have been included in the squad but will potentially play limited roles.

“I think the experience we have in key positions with our Super Rugby guys alongside the young guys we have coming through provides us with good diversity and that’s important in our squad,” Gibbes added.

A key part of what the Lions are about was the way they expressed themselves on the field and Gibbes was excited about the style of rugby the squad hoped to adapt.

“On both sides of the ball we want to express our skills and play an entertaining brand of rugby. Where we need to get better is understanding the game more and we’ve put a lot of work into that.

“Achieving a semi-final spot last year was good achievement but this group want to continue their progress and move forward from there. We have put a lot of work in the off-season and we are excited to now get the chance to apply that on the field.”

Looking at the sides the Lions will meet this season, starting with Tasman away on August 10, Gibbes stressed there would be no easy opposition.

“I think everyone has taken a step up and squads have got stronger. I think there is definitely going to be an improvement in the quality of play in this campaign.”