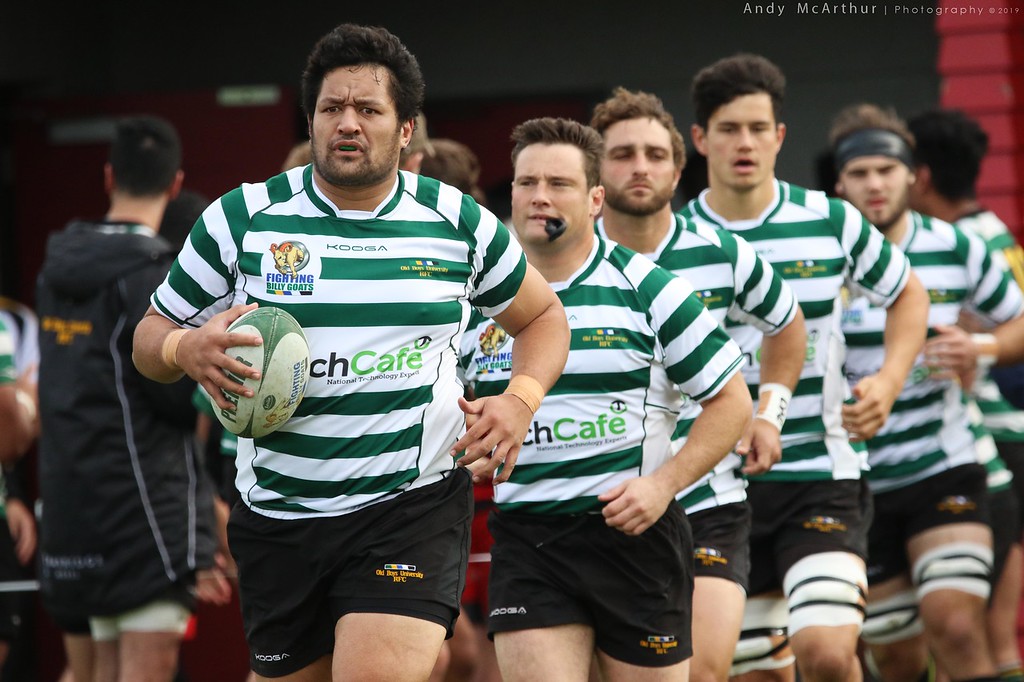 It was a successful 150th outing for Fuimaono as his side beat the Wellington Axemen 34-17 at Nairnville Park on Saturday. Fuimaono, who scored one of OBU’s five tries in the match, said it was “unreal” and a “proud moment” to be the first OBU player to achieve the feat.

He started his journey at OBU in 2006 after finishing school at St Pats Town; starting in the Colts he then moved to the Senior Ones in 2007, before making his Premier debut in 2008.

When quizzed about his debut, which came against Marist St Pats, the first thing that came to mind was getting stepped by Fa’atonu Fili.

“It was pretty bad,” he said. “I was lining up on his outside and he stepped me outside. It was lucky we were pretty well covered by our loosies at the time.”

Throughout his OBU tenure, his experience had allowed him to become more efficient around the park and he had developed a greater understanding of the game.

As his experience grew so did the importance that he placed on scrummaging, nowadays relishing the opportunity to compete against other experienced front rowers. One, in particular, being Hutt Old Boys Marist loosehead prop Simon Malaeulu, who has played over 200 games for the Eagles. “I make sure I get out there and try give him my best,” he said.

Hutt Old Boys Marist also feature in one of the games Fuimaono remembered most fondly, the 2017 Jubilee Cup final in which OBU would go on to win 32-19. He said they played with “a chip on their shoulder” after no OBU players were named in the initial Lions squad despite their success as a team.

Not only had he changed as a player since first pulling on the green and white hoops of OBU, but the club had changed too.

“When I first joined the Prems it was quite old school,” he said. “If you said something out of line or chirped in too much in the huddle then they’d let you know about it. You had to earn your stripes back then.”

He then pointed out the professionalism of young players these days, compared to when he left school and only a handful of players played Premiers straight away. Names such as Matt Luamanu who is currently playing for Harlequins and former Crusader Robbie Fruean sprang to mind as a couple that leapt straight from college rugby to the Premier men’s competition.

With OBU recently losing a number of experienced players and the age of club players generally lower than in the past, identifying leaders and helping them along had been a focus of Fuimaono’s.

So as he hits 150 games, what keeps Fui playing? He said the friendships, watching young players come through and push for higher honours, and being a positive influence for his two young daughters.

“I use to play rugby for more selfish reasons; you know scoring tries, making rep teams, and getting free kit. Nowadays I do it because I want to be a positive influence on my kids.”