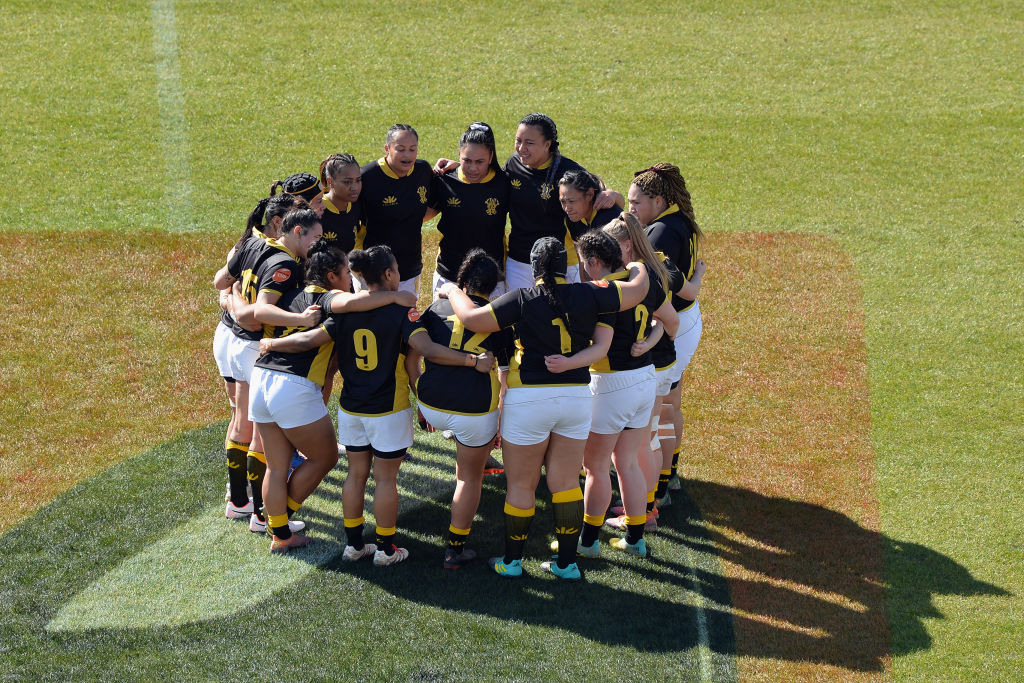 Female rugby takes centre stage at Porirua Park, where the Wellington Community U18 Girls and the Centurions U18 Girls game kicks off at 11.30am, followed by the Women’s NPC match between the Wellington Pride and the Bay of Plenty Volcanix at 1.00pm.

The Pride are playing at home for the first time this year and their only round-robin game outside of Westpac Stadium, in this Premiership Farah Palmer Cup fixture.

Both the Pride and Bay of Plenty Volcanix are coming off first round losses, the Pride missing out 15-45 to Canterbury and BoP losing 24-37 to the Counties Manukau Heat.

The Pride have made a few backline changes to the team that lost to Canterbury last weekend, including Norths wing Kolora Lomani switching sides to wear Ayesha Leti-I’iga’s left wing jersey who is being rested for this match. Bernadette Robertson moves from centre to wing and her Ories teammate Fa’ausa Makisi plays centre. At halfback Ana-Marie Afuie comes in for Rejieli Uluinayau.

The starting forward pack is unchanged and captain and No.8 Jackie Patea-Fereti will equal Rebecca Liua'ana's record of 58 appearances for the Pride in this fixture.

The second game at Petone at 2.30pm is the senior fixture between the Wellington Samoans and Wellington Maori teams in the Festival Cup competition.

The Centurions Development team is in Napier on Saturday, playing the Hawke's Bay Saracens at Tremain Field at 1.00pm.

The Wellington Development team has the weekend off, ahead of their next match against the Hawke’s Bay Saracens (Development) in Napier next weekend. On Wednesday night, they beat the New Zealand Defence Force 46-12 in a high-paced fixture at Fraser Park.

The Wellington U16s teams are both in action tomorrow, ahead of the upcoming Hurricanes U16 tournament. The Wellington U16s Development side travels over the hill to Masterton to play the Wairarapa Bush U16As at midday. The Wellington U16As meet the Petone Barbarians at the Bernie Wood Artifical at 1.30pm. These are both pre-season fixtures and both are carrying squads of 24 players.