Double Delight for Tawa as Club Season Winds Down 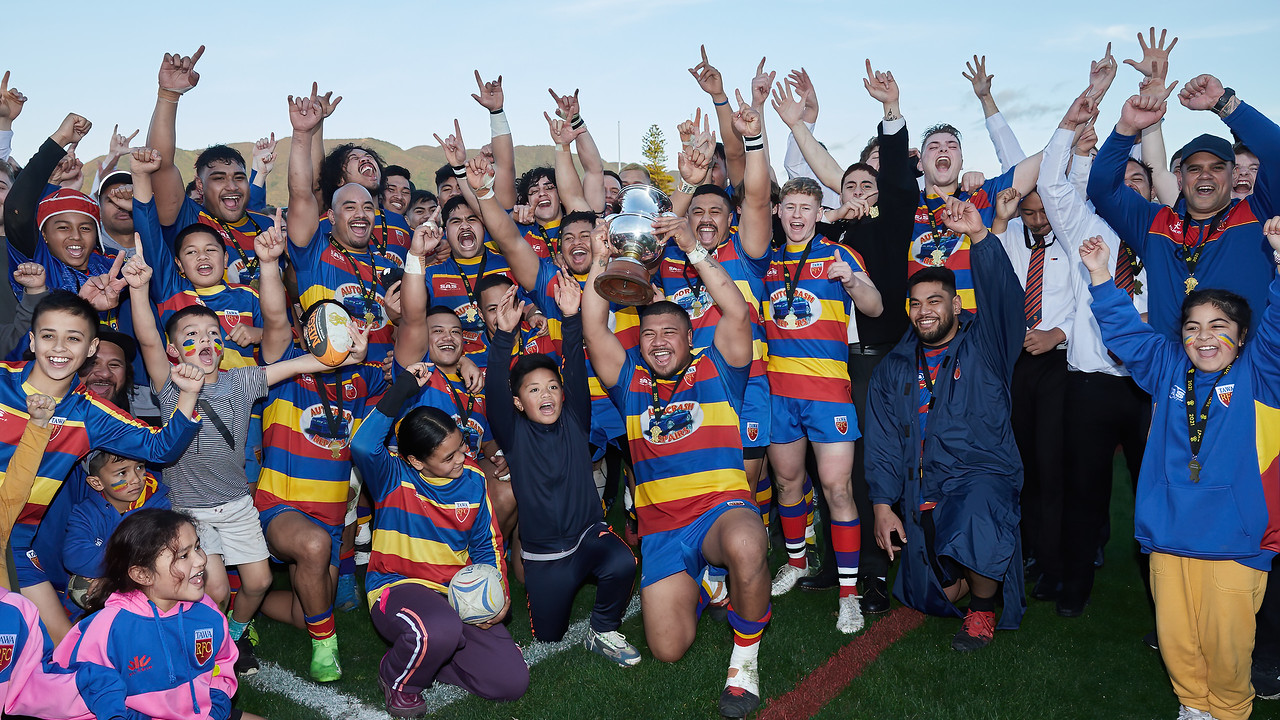 As we edge closer to the conclusion of the club season, five grades wrapped up with their deciders at Saturday’s Finals Day at Hutt Recreation Ground.

Making up for the previous weekends, Wellington put on an absolute stunner of a day, quite possibly the best of the season to further add to the spectacle, as crowds packed in throughout the day for all matches.

There was heartbreak and there was jubilation. The day saw a lot of blood, sweat and tears, all ten teams gave everything they had, but in the end, only five could come away victorious.

First up, their Premier 2 side took on hosts Hutt Old Boy’s Marist. After finding themselves 20-3 down early, the Tawa side rallied their way back before taking control of the match, eventually running away with a 46-25 victory. Icing on the cake for the Ed Chaney Cup Champions after going through the round undefeated.

Following on from the big comeback win, the scene was set for their Premier side, who took on Marist St Pat’s in the Jubilee Cup final, which was delayed as a result of the Hardham Cup Final running overtime. Tawa came out of the gates firing and scored two early tries, never looking back, powering home to a 36-7 victory, their first Jubilee Cup victory since 2016. By the time full time came around, the Tawa subs bench was full of their Premier 2 side, all storming the field as the full-time whistle blew.

The Hardham Cup would have the vote of many for match of the day. After Poneke jumped out to an early lead, Petone fought their way back to be in the driver’s seat in the latter stages. With the Villagers leading 24-17 as time expired, Poneke found their way over the line, levelling the score at 24-all, anguish on the faces of the Petone bench, as extra time loomed. The first half of extra time ended scoreless before Poneke took the lead with a penalty goal midway through the second period. Both teams had chances, but it was Poneke who delivered the knockout punch, scoring to extend their lead to 32-24, eventually being crowned Hardham Cup Champions for the first time since 2014.

The remaining two finals were both in the U85kg grade. First up was the Division Two Tony O’Brien Shield Final between Old Boys’ University and Wellington. A tight affair right through, Old Boys’ University managed to pull away in the later stages of the match with a couple of late tries, stretching the score out to 31-12, Wellington unable to go one better than last year.

The Division 1 Paul Potiki Memorial Shield Final was contested between the top two sides, Avalon and Johnsonville. Despite the beautiful conditions, there was only one try scored in the match, by Avalon. The defensive efforts of both teams were on show as Avalon claimed a 13-3 victory.

While the Premier, Colts, and U85kg grades are all complete, there is still competition going in the Premier 2 Division 2 HD Morgan Memorial Cup and the Reserve Grade Allan Seerup Cup. Both grades will be at the semifinal stage this coming weekend.