Changes Galore as Players Get Opportunity Against Southland 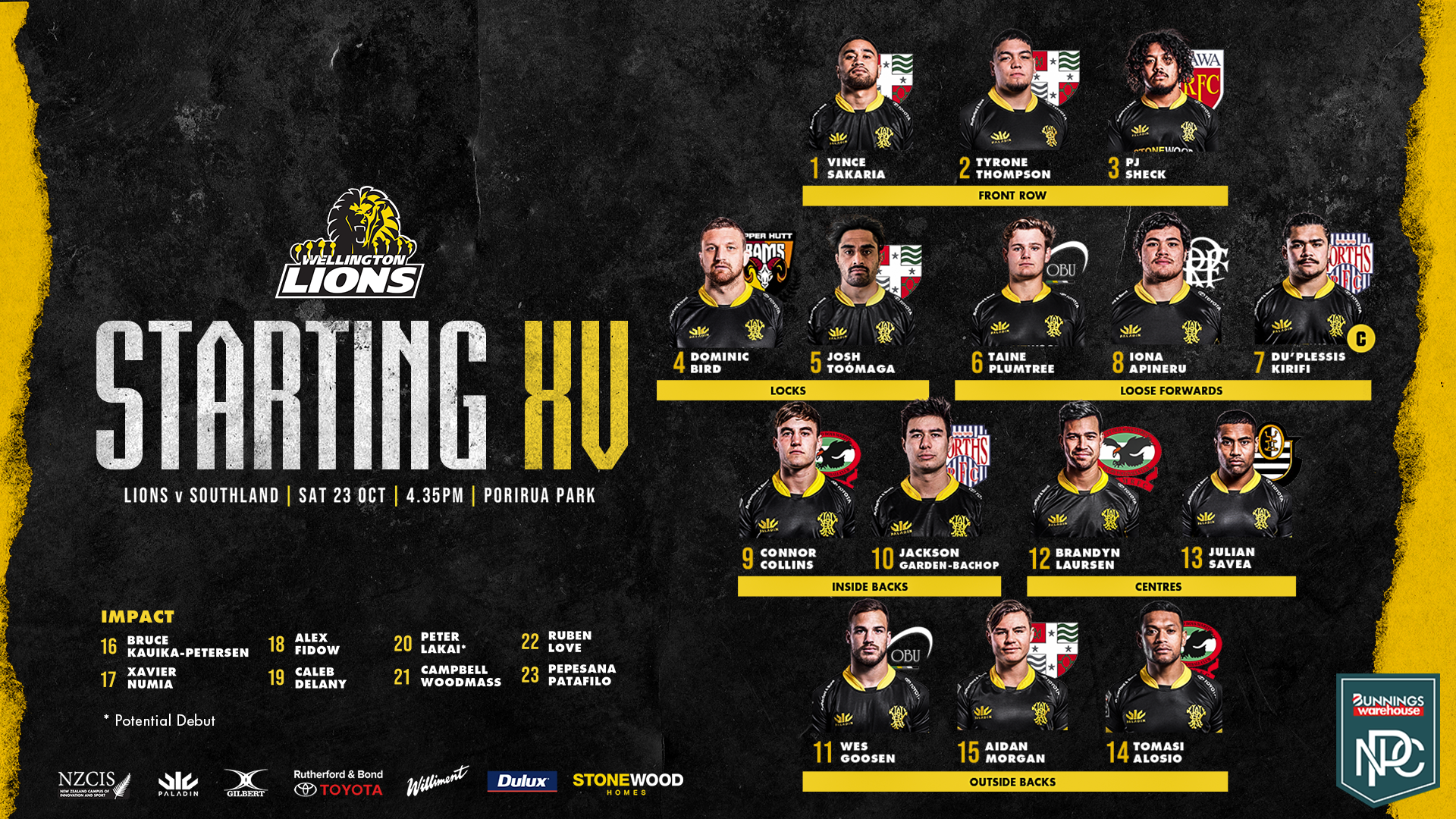 With the Bunnings NPC competition heading into the home straight, the Lions will play a non-competition match this Saturday against Southland in Porirua.

Only 6 players who started in last weekend’s victory over Manawatū retain starting spots, while young loose forward Peter Lakai is set to make his debut off the bench. Norths Halfback Campbell Woodmass is also in line for a return to provincial rugby at his home ground after making his Lions debut in 2019.

The new-look front row sees Vince Sakaria and PJ Sheck partnering in form hooker Tyrone Thompson. After making his debut last week, Josh Toómaga will pack down alongside Dominic Bird in the middle row with Taine Plumtree and captain Du’Plessis Kirifi retaining their spots. Iona Apineru will start at 8.

Connor Collins gets another chance to start in the 9 jersey and he will partner Jackson Garden-Bachop who returned from injury off the bench in Palmerston North last weekend. Brandyn Laursen returns to the squad after some time off and will sit inside Julian Savea in the midfield, while Wes Goosen and Tomasi Alosio, who is fresh off signing a Super Rugby contract with Moana Pasifika will be joined by Aidan Morgan at the back.

On the bench, Bruce Kauika-Petersen will join usual starters Xavier Numia and Alex Fidow as front row replacements, Peter Lakai will look to make his debut in jersey 20. Ruben Love and Pepesana Patafilo also drop to the bench.

As mentioned, Peter Lakai is in line for a potential Lions debut. Lakai was a part of the New Zealand Under 20 squad this season alongside Ruben Love and Aidan Morgan. In his first year out of St Pats Silverstream, he has also played for Wellington at Under 19 level and the Hurricanes Under 20’s earlier this season.

While this weekend’s clash does not count for competition points, the Lions will be looking to continue their winning run and keep momentum going. After this weekend they play Otago next weekend in the same scenario before taking on Tasman in the last round, where they will be playing for a semifinal.

Kick off on Saturday is 4:35pm at Porirua Park.

The matchday 23 is: (* denotes potential debut)