Changes Aplenty as Lions Prepare for the Steamers 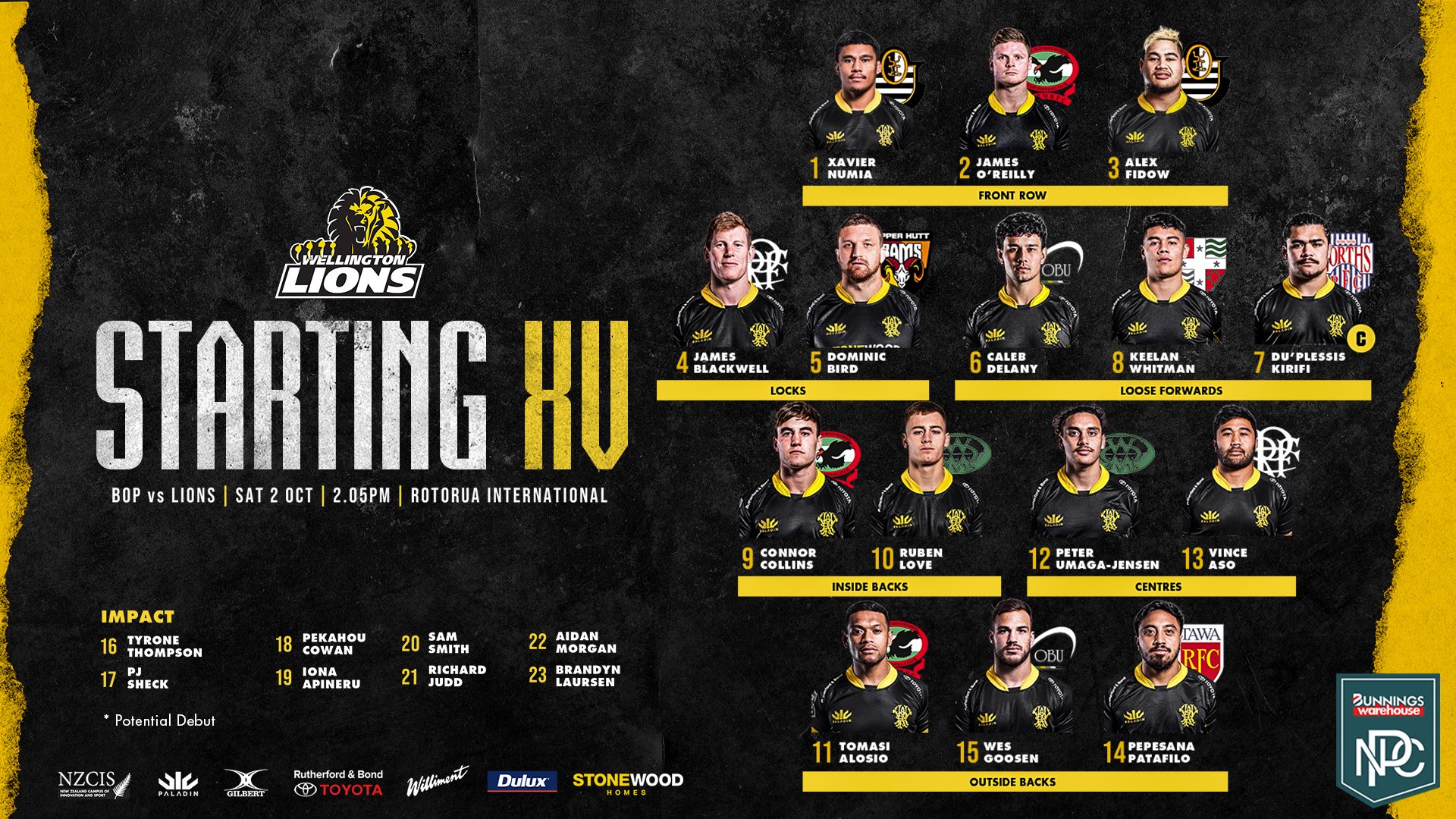 Lions Coach Leo Crowley has made six changes to his starting XV ahead of this weekend’s clash against Bay of Plenty in Rotorua.

In the front row, after making his first appearance of the season from the bench last weekend, James O’Reilly earns his first start, while Keelan Whitman returns to number 8 after missing the Hawke’s Bay matchup.

Ruben Love slots back into first five, where he played the opening couple of rounds, with Aidan Morgan dropping to the bench. Tomasi Alosio earns his first start of the season on the left wing, while Wes Goosen moves to fullback to accommodate.

On the bench, Tyrone Thompson moves back to the more familiar hooker role after a two-try stint off the bench in the second row last week, and after a debut last week, Iona Apineru is named in the number 19 jersey.

The two sides last met in round 3 of the 2020 season, where the Lions were victorious 32-10, and will be hoping to replicate that result on Saturday.

Tune into Sky Sport 1 from 2PM on Saturday for all the live action.