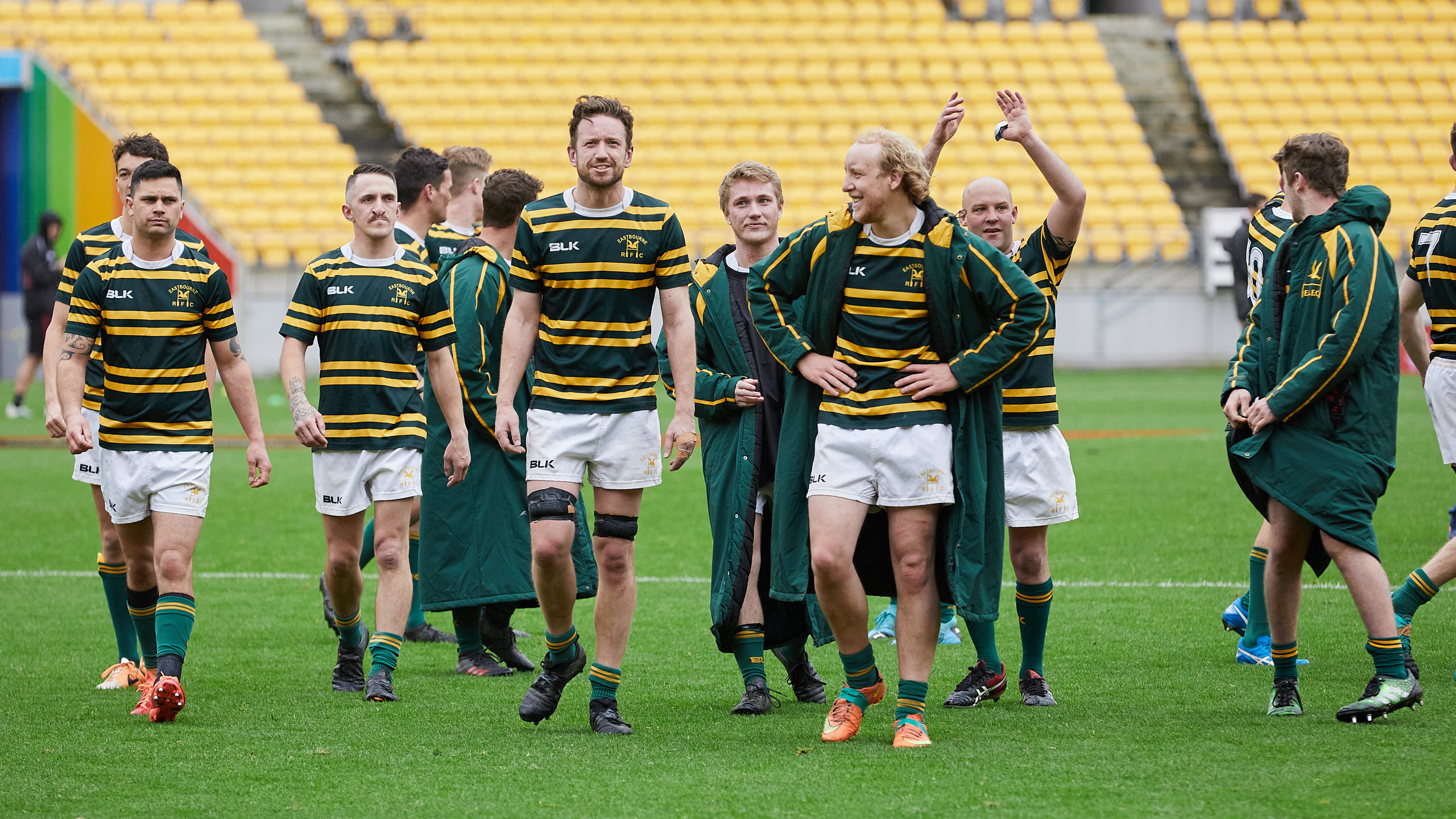 If you are looking for a small community club, run and supported by the community and loved by all, the Eastbourne Rugby Football Club is what you are after. Not your typical club built on Jubilee Cup success or having a current premier team at all for that matter, instead a club and community banded together over the success of the local Under 85kg team.

This weekend, the club celebrates its centenary, a huge achievement and call for celebration for such a unique club. Celebrations on Saturday run all day as all junior teams are playing at HW Shortt Park.

Built around community, camaraderie and pure love for the game, with the local RSA doubling as the clubrooms, a Saturday evening sunset on the beach is the perfect way to celebrate the beautiful game.

The club’s only senior team continues to find success, and last year that was taken to a new height, with the team making it to the semi-final of the New Zealand Barbarians u85 Club Cup, losing to eventual winners Eden. Locally the team has seen their selves finish near the top of the table more often than not and sit at the top of the standings heading into last weekend’s final round and are looking to close out a first-round win in front of their home fans to round things off.

Club captain Willie Davis said how important the Under 85kg grade is for the survival of the club.

“The 85kg grade has ensured Eastbourne’s viability in the Wellington club rugby scene for the last 20 years. Whilst we have huge respect for our past players and history, we realise that it is just not possible to field a senior open weight team with such a small catchment.”

Looking at the future of the club on the field, the junior club is getting stronger with nine teams spread from Under 6’s to Under 12’s.

Despite playing the Jubilee Cup final in 1930, Eastbourne has been unable to field a senior open team since 2000, the birth of the 85s team was in the early 2000s, at a time where they were unsure if Eastbourne was going to be able to field another senior team. Since then, the team has been a household name in the competition. One thing that is sure, the trip out to HW Shortt Park is never easy, as you are always met with a cool sea breeze and a team with the always present support of a whole community.

With such rich, unique history over the last decade or two, the team has seen a number of players reach significant milestones. Jesse Gordon and Hami Love have both played over 150 games and continue on throughout 2021, and arguably the most well-known, 250 game veteran Dan Hewson. Other recent achievements have seen Jack Coles and Matt Jack play for the Wellington Centurions team.

But at the heart of every successful team, comes the work behind the scenes, and Eastbourne relies on the constant support and dedication of club volunteers, and last year coach Barry Luke was awarded the 2020 Club Coach of the Year award at the WRFU Community Awards. In addition to this, manager Willie Davis was nominated for Senior Volunteer of the Year.

In a statement, Chairman Mark Sliper pays credit to the dedication of those involved over the 100 years and shows how powerful and successful something can be when the community gets behind them.

“Regardless of the success or not of the numerous teams in numerous grades, the Eastbourne Rugby Football Club has always been run by the community, for the community, and can claim successes both on and off the field. The milestone that we have reached this year could not have occurred without decades of commitments to the club and the sport of rugby by thousands of members of the Eastbourne community over the previous 100 years.

Volunteers are what make this community and club so successful and guarantee we will see future generations of Eastbourne Rugby Club members celebrating the bicentenary.”

Meanwhile across the region this weekend, two other clubs will also be celebrating milestones, Marist St Pats finally gets to celebrate 50 years, after last year’s event was not held due to Covid. Over the hill, the Wainuiomata Rugby Club reach the 75 year milestone.