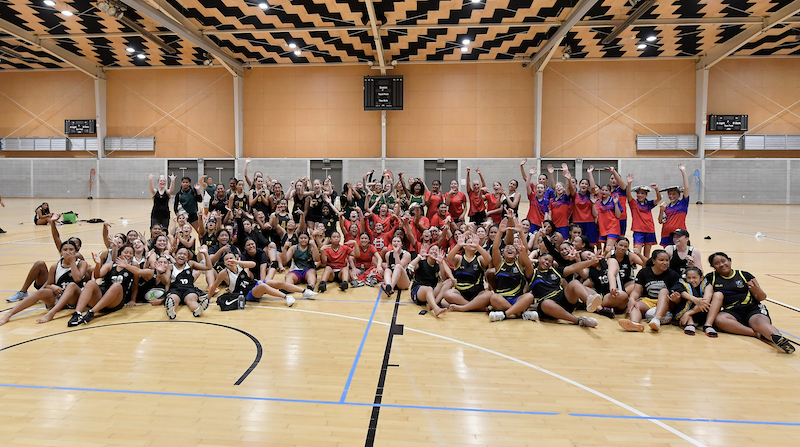 The last month has been a busy period around Wellington as focus was turned to rip rugby at the college level. Alongside College Sport Wellington, Wellington Rugby ran three tournaments, a boys, girls, and one for thletes with a disability (AWD).

Rip Rugby is an alternative to rugby, something that is being grown particularly well through schools, and is a format that once it grows, will have pathways right from the Under 6 level, through college and beyond. Rip rugby is a game that is inclusive for all and a fun, more social way to enjoy rugby, with games usually lasting 20 minutes, split into two halves.

Unfortunately, weather played a big part for the boys and girls draws, with the two initially scheduled to be played together. As a result, the two were split, the girls were kept indoors for their tournament, while the boys managed to get outside a fortnight later.

In between the two, the AWD tournament was held on April 7 at Mana College. This was the second time there has been an AWD rip tournament, with the first being held in 2019, and after missing last year due to covid. The event goes alongside a series of other AWD events, in partnership with College Sport Wellington and Special Olympics New Zealand.

Prior to play commencing, they were paid a visit from a handful of All Blacks Sevens players, notably Scott Curry, Tim Mikkelson and Kurt Baker, who ran an hour-long skills session and put them through their paces with some drills. This doubled as a great chance for the kids to meet some of the stars and grab some photos with them afterwards.

As for the tournament, seven teams were entered, with mixed teams made up of students with intellectual disabilities, most who have never played rip before. While participation was the main focus, Heretaunga College were able to come out victorious, going through unbeaten before defeating Mana College in the grand final.

As mentioned, the boys and girls were scheduled to play all together on one day, but weather had the final say on that. The girls played March 31 indoors at Te Rauparaha Arena in Porirua, again due to poor weather on the day. The competition was split into two age grades, with 19 teams across the board, 8 juniors and 11 seniors. Despite playing indoors, which was a first for the event, the level of play and competition amongst teams remained high. In the junior section, Mana College pipped St Mary’s 4-3 while in the seniors, St Mary’s defeated Wainui High 3-1.

The boy’s competition was pushed out to April 15 and took place in Cannons Creek. Like the girls, teams were split into junior and senior age grades, with 18 teams participating, 7 juniors and 11 seniors. The junior final was contested between Aotea and Porirua Colleges, with Aotea coming out on top 5-2, before the senior final went right down to the wire, Mana pipping Porirua 7-6 to claim their 2nd title, to go with the junior girls.