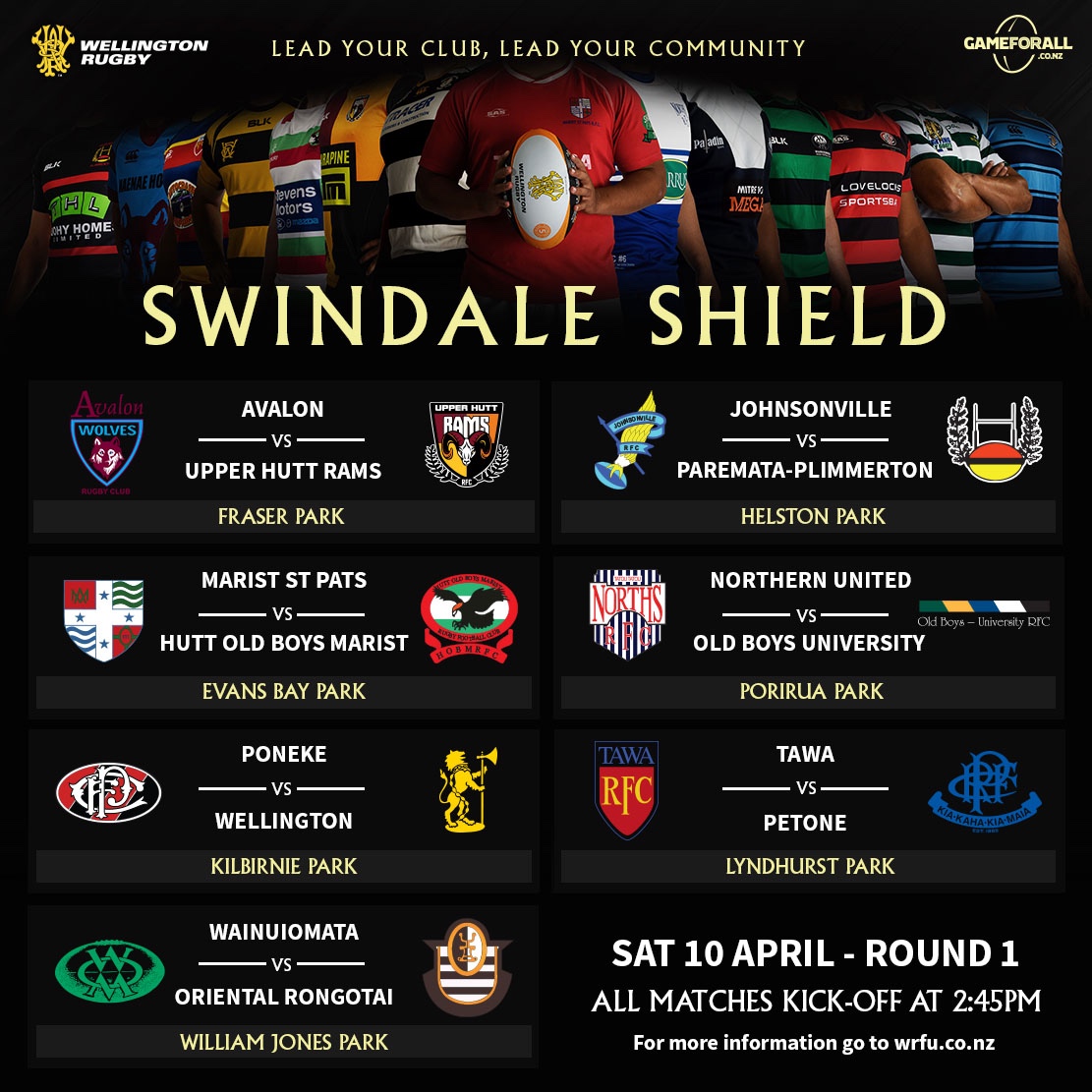 Wellington's 2021 Swindale Shield draw will shape up as a real test for the union's 14 Premier clubs when the rugby season kicks off on 10 April with a home and away round.

Reigning Swindale Shield champions Marist St Pats will begin their title defence against Hutt Old Boys Marist at Evans Bay Park, which doubles as a battle for the Father Cleary Shield. Fans will also be eager to watch a repeat of the 2020 Jubilee Cup final when Northern United host Old Boys University at Porirua Park.

There are several other fixtures to look forward to as significant inter-club trophies are contested. To name a few, in round six the McBain Shield is on the line when Hutt Old Boys Marist host Petone at Hutt Rec. Round 10 includes Poneke looking to defend the Jimmy Grbich Memorial Shield against Oriental Rongotai at the Polo Ground and in round 11 the Sammy Saili Memorial Trophy is up for grabs when Tawa and Northern United clash at Lyndhurst Park.

Click here to see the full Swindale Shield draw, with the full draw also available on our website through the senior draws & results tab.

Click here to read the article outlining the structure agreed upon by our clubs for the 2021 Men’s Premier competition.