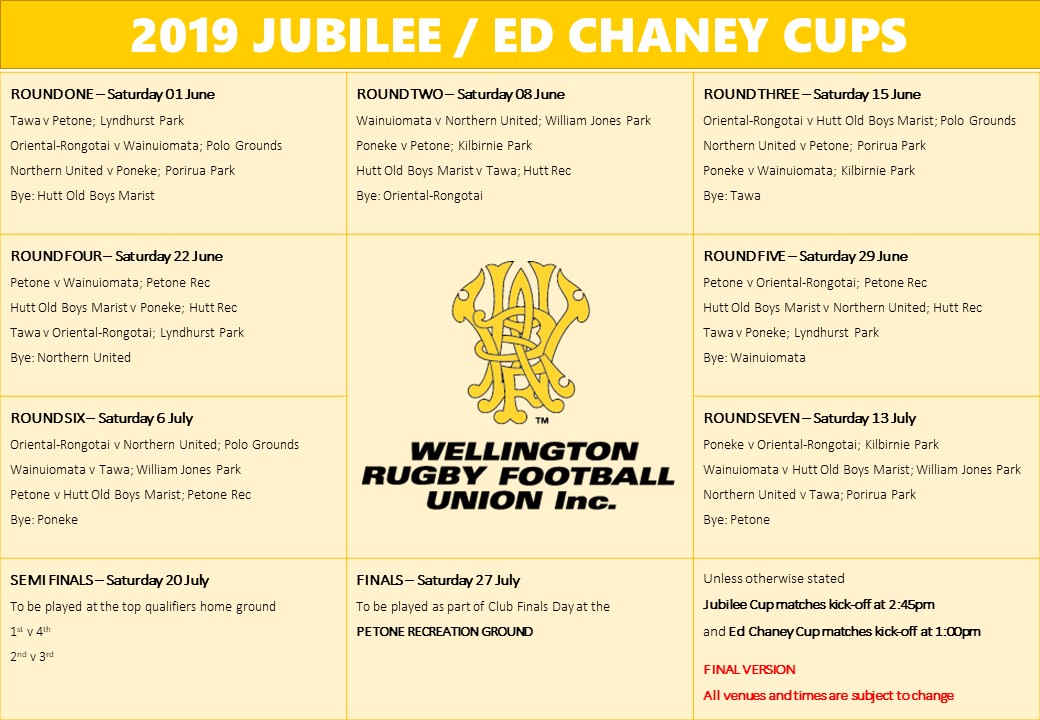 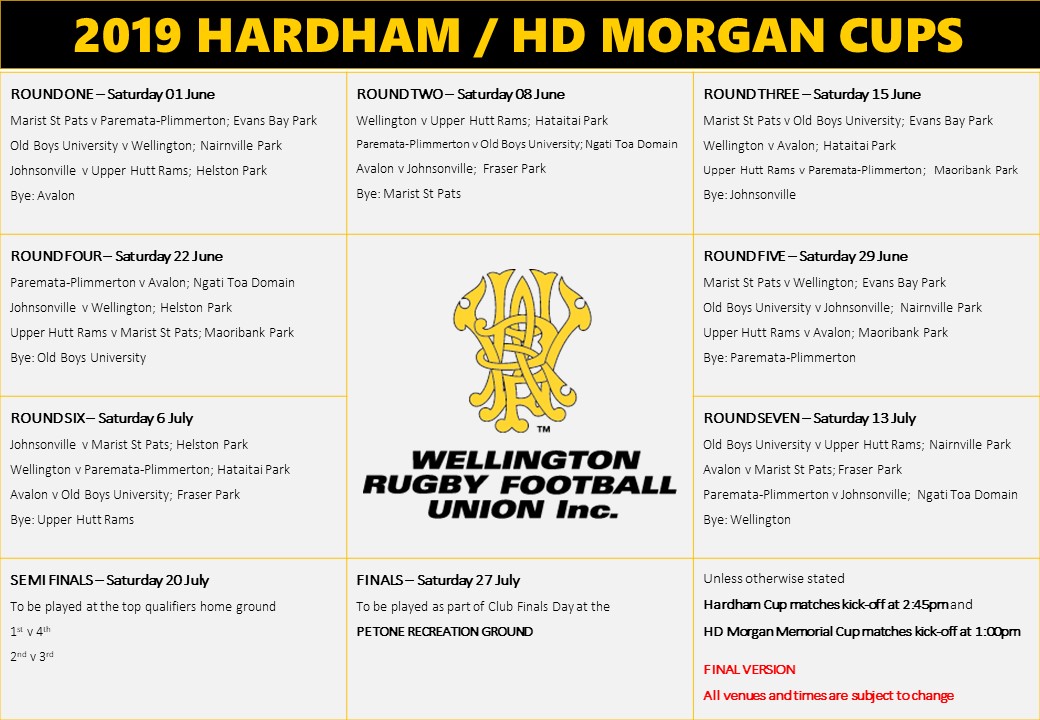 After an extremely tight finish to the Swindale Shield, WRFU are pleased to publish the 2019 Jubilee and Hardham Cup draws.

Semi-Finals will be held on July 20th and the Finals at Club Finals Day on Saturday July 27th at the Petone Recreation Ground. Again, this day will have eight finals across Premier, Women's, Premier Reserve and Colts grades. More information to follow over the coming weeks.

Also released today on the Draws & Results page are the Colts second round draws for the Division One John E Kelly Memorial Cup and Division Two Vic Calcinai Memorial Cup.