150 not out for Impala Stalwart Hiria McRae 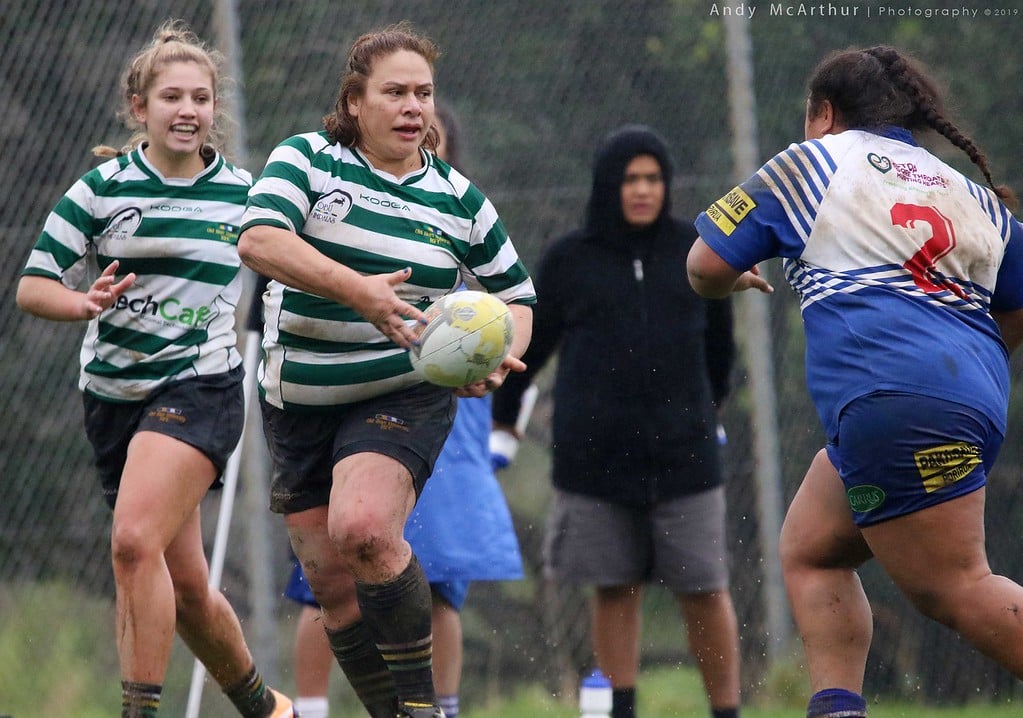 When it comes to household names in the Women's game, it is hard to look past Old Boys' University stalwart Hiria McRae. The Impala's front-rower will bring up game number 150 at this weekend's Women's Gala Day at Petone Rec. What makes this event even more fitting, is she reached game 100 also at a Gala Day in 2016, also at Petone, where OBU defeated Norths for the first time.

McRae's rugby days began back at Waikato University, before eventually making it to Wellington via a stint back home in Rotorua playing for Ngongotaha. Having played four years at Avalon, and a further two at Petone, she has found a home at OBU and has spent the last 13 years there, making up nearly 20 years in the Wellington Premier competition.

The move to OBU was a welcome one, the result of McRae being welcomed across by a group of mates who she says taught her the way of training hard, but also having a good time off the field as a team, as well as welcoming players into the environment from across the country and even the globe, as they are a university club.

Playing at OBU has worked well for McRae, who is a senior lecturer in education at Victoria University, a place with strong ties and connections to the club.

In addition to a very impressive club rugby resume, Hiria also has experience across the board in NPC, playing for Waikato, Bay of Plenty and the Wellington Pride, where she was a part of the 2006 Pride team that won the competition, defeating Auckland in the final, in what she recalls as her most memorable season.

The pure love for the game and everything it stands for has been a real driving force behind continuing to pull the boots on each weekend.

"There's no other game like rugby which gives you the feeling of power, adrenaline and strength. I love the social aspect of meeting new people and the comradery of team sports. It's also important to have an outlet just for me, away from work and home."

Reaching 150 games for a club is a huge achievement in itself and is a testament to the hard work that McRae has put in and what she means to the club. She also acknowledged Jonathan Fuimaono (Fui) who 'planted the seed' to work towards 150 games and how special it is to be a role model alongside him for the Māori and Pacific Island players.

"It's a strange feeling, [reaching 150 games] I keep on playing because I love the game and I've just happened to have ticked up 150 games along the way. If I think about it more, loyalty to a club is important, so this 150 is an indication of how much I appreciate what OBU has given me and many other rugby players."

"Being a positive role model is very important to me, especially to our Māori and Pacific Island female students who are balancing study, whanau, Mahi and taking time out for themselves. I hope that I'm able to support and model to them, that they can achieve whatever they want through commitment, hard work and having fun with good mates."

Being in an environment for such time and building yourself as a leader within also comes with the people you meet along the journey, and it is no different for Hiria. From the four mates who welcome her across to OBU, to coaches and supporters, there is no shortage of inspiration.

"I especially want to thank Trapper (Dave Loveridge) who has been a huge advocate for our women's team during my time at OBU, and in more recent years, Paddy Gough and Tomasi Palu and their support of the Women's team."