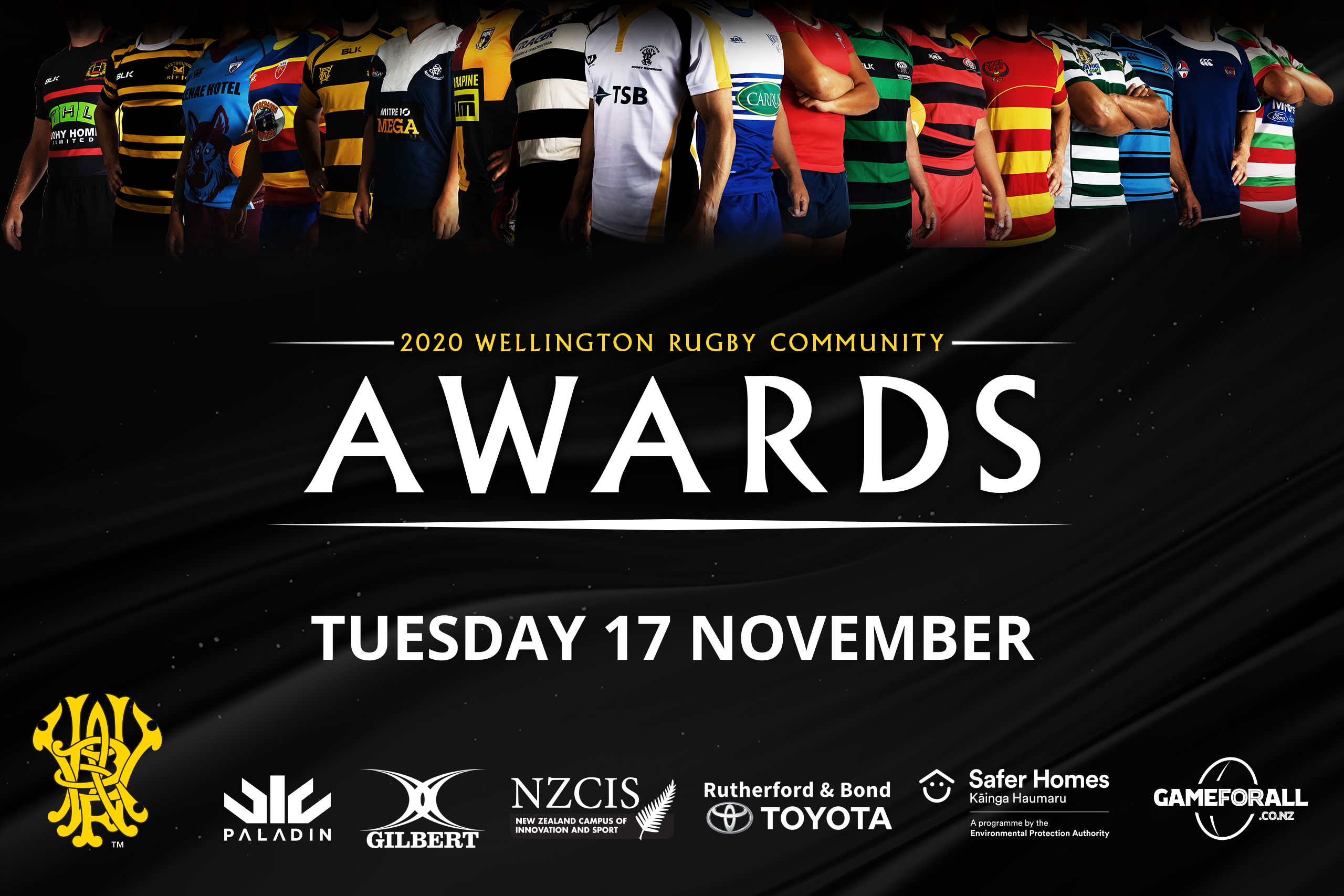 The finalists for the 2020 Wellington Rugby Football Union Community Rugby Awards have been announced.

The awards, which will be held on Tuesday 17 November, are a great opportunity to highlight and reward the unsung heroes within our community who work hard behind the scenes, as well as our high achieving club members and hardworking committee members.

Considering the unique challenges COVID-19 presented, we’re pleased to be able to run this in-person event and get our community together one last time for 2020. Given continuing constraints, things will be slightly different this year with additional awards being presented due to a lighter rep rugby season.

In all, 19 awards will be presented, including the Men’s & Women’s Club Rookies and Best & Fairest players, club team and club coach of the year, and the main award; WRFU Lifetime Contribution Salver.

Men’s Club Rookie of the Year:

Women's Club Rookie of the Year:

Other awards to be presented on the evening, but without nominees, are: