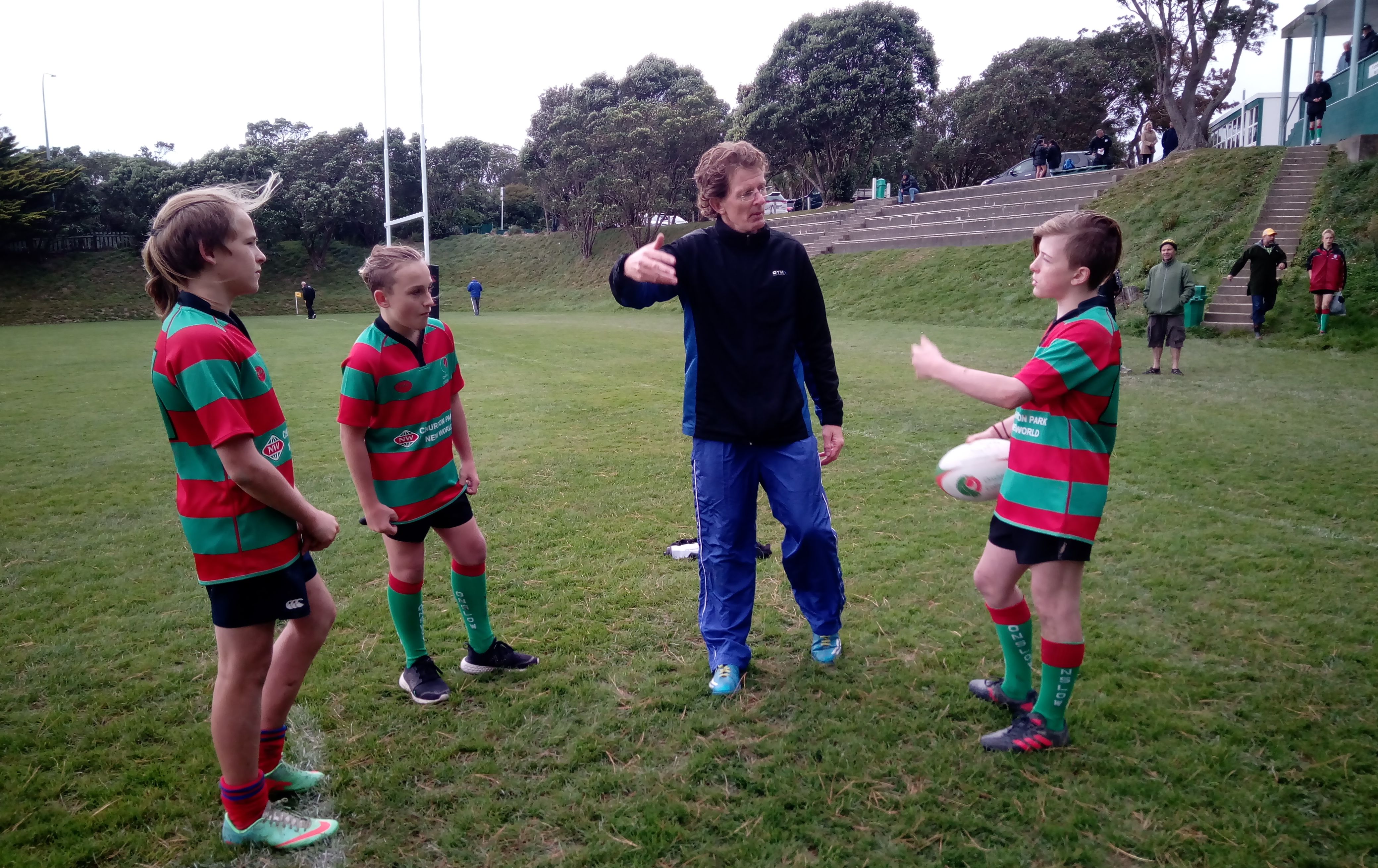 In a new series for 2018, Wellington Rugby is profiling some of the coaches that train the players and help put teams on the field each week in our game.

We caught up with Brendon about his coaching.

You started previously as a Wests Roosters junior coach, how you got into coaching in the first place?

I thought coaching would be an enjoyable way to spend time with my children, so I began coaching my eldest daughter and son together in the U6 grade.  I found it hugely rewarding, watching the kids develop their skills and understanding of the game and the enjoyment they gained from competing and playing together.

How long have you been coaching at Wests, and what grades?

I have been with Wests juniors for 10 years now and have coached all the age groups from nursery to U12. I have two children playing for Wests now, with my younger daughter in U11 and youngest son in U9, so will be helping out there for a few more years.

How do you measure success in junior rugby?

In junior rugby, there is a huge amount of learning each year, so seeing the kid’s skills improve over the year, getting the feedback through games that your team is competitive and hearing from parents and the kids that they enjoying themselves are all measures of success.

It is also great to see kids I have coached continue to play rugby from year to year, and particularly go on to play at college. It shows that they are enjoying the game while also contributing to the overall strength of the game.

You are now coaching at Onslow College, in the U55kg division – is this predominantly year 9s and a few years 10s?

Yes, we have a good mix of some kids who are in their second season of U55kg and those new to college (U55kg grade is restricted to year 9 and 10). Onslow College also work with Newlands College to ensure that the kids have an appropriate team to fit into. For example, Onslow College provides players for the Newlands U15 team, and Newlands provide players for the Onslow U55kg team.

How many junior players that you have coached have moved on to secondary school from these previous teams?

There are 5 or 6 Wests kids that I have coached that have moved through to Onslow College rugby and probably twice that many across Wellington College and other schools in the area. It’s great to see the development of all the players over time – skill as well as their physical and mental development.

What is your playing background?

I began playing rugby as a schoolboy for Naenae Old Boys and kept on playing for the next 25 years or so.  I spent a couple of seasons playing in Melbourne, Australia.  Thereafter, most of my senior rugby was in the social or reserve grades, where we had a lot of fun both on and off the field.

Are you more of a forwards coach or backs coach, and what support do you get from other coaches or parents?

I played most of my early rugby in the forwards, but spent a fair amount of time in the backs when it came to senior rugby.  In the 15-a-side game, I have focused on back play, largely fitting to meet the skills of the other coaches.  It’s really hard to manage without help.  This year at Onslow, we have some great parent helpers/assistant coaches who are able to come along every week and help with the programme.  My challenge is to find ways to make better use of the wealth of rugby knowledge within our community.

Do you use outside assistance or resources, such as online or WRFU coaching resources?

I believe it is important to grow your knowledge and understanding of the game, the players and the coaching process.  The WRFU has been really proactive in providing opportunities to develop my coaching skills.  I really appreciate the exposure their more formal development programmes provide to both the technical aspects of the game and the softer, but equally important, communication and relationship skills.

It is one avenue to access the depth of rugby knowledge that resides in the community.  Meeting, listening and watching other coaches work with their players and share their experiences has been really influential.  Regular emails from the WRFU’s coach development coordinator have encouraged a deeper appreciation of how to be an effective coach.  The internet has any number of rugby related resources.  I have found Therugbysite, which the Wests junior club subscribes to, to be a useful tool.  But nothing beats the opportunity to work with and observe other coaches in action.

What is important for kids at that age of rugby?

For primary school kids, the most important things are that they enjoy themselves and that they learn what it means to be part of a team.  I see these two aspects as inter-related.  Enjoyment comes, in part, from combining improved skill levels with better teamwork.  But the focus on teamwork is about more that rugby, it’s about helping the kids build the social skills that are a vital part of their development.

As the kids get a bit older, and become a bit more self-aware their reasons for playing, such as social versus serious, can become more divergent, which can create tensions within the team.

The last word – what other comments do you have?

The development of rugby for girls has been a really positive development. I think it is great that girls have the opportunity to take up the sport and hopefully it continues to grow and to flourish. Of course that requires the rugby community to further expand its support.  The longer I coach, and the more coaches I meet, the greater the appreciation and respect I have for the time and effort all the coaches, managers and other volunteers, put into the game and into the community.