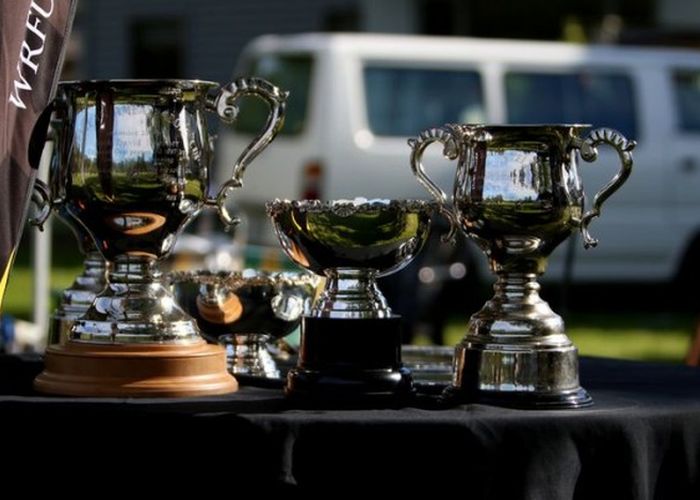 The one-day tournament has attracted 28 teams representing 13 clubs and three school teams who will be competing for Cup glory across three divisions. This is down on the record 35 teams last year, but with 68 matches there’s no shortage of action.

The defending American Ambassador’s Men’s and Women’s champions are the Upper Hutt Rams (Men’s) and Oriental-Rongotai (Women’s), while the Rams did the double last year at Trentham Memorial Park in also winning the Colts section.

Ories won the Women’s title in 2014, so both will be gunning for a three-peat, while HOBM won this trophy two years ago when it was staged at Evans Bay Park.

In last year’s Men’s final, the Rams beat Marist St Pat’s 39-14, holding a narrow lead early in the second half but pulling clear with three tries to take a resounding victory.

Last year, Ories retained the Eleanor Roosevelt Cup with a 35-15 win in the final over Wainuiomata, while the Junior Rams beat their neighbours St Pat’s Silverstream 19-15 to win the Colts decider.

Both finalists in the Men’s section will qualify for the National Club Sevens Championship in Hamilton in the New Year. This is the stated goal of the Upper Hutt Rams, who could be without the inspirational Hayden Schrijvers, who suffered a tongue injury in last weekend’s Village Kings tournament.

With no real lead-in tournament it is difficult to gauge form, but the Moata’a team that won last weekend’s Village Kings tournament had a heavy Hutt Old Boys Marist influence, and the Eagles should go deep. MSP are coached by Fa’atonu Fili and feature players such as former New Zealand U20 No. 8 Matt Peni and John Tuia who was the Player of the Tournament at Wise Park last Saturday.

Northern United won last weekend’s six-team lead-in Women’s tournament at Ian Galloway Park, edging Avalon in the final. Ories will also be hard to beat, while MSP could be a dark horse, St Mary’s College will challenge all comers and Petone could present somewhat of an unknown challenge.

The two St Pat’s college squads will be up against HOBM and Ories in the four-team Colts section, where a new champion will be found without defending champions Upper Hutt entering a side this year.

The weather forecast is good, with a steady northerly breeze blowing up the valley all day. When the crossover matches get underway after lunch the ground will be sizzling.

About the American Ambassador’s tournament

The original American Ambassador’s Trophy was presented in 1967 by John F Henning, US Ambassador to New Zealand in the 1960s. From 1967 until 1998 this tournament was held at Trentham Memorial Park on a Sunday in February as a precursor to the Regional Sevens held in Feilding in mid-March, followed by the Sevens Nationals.

From 1999- 2012 this became a series of typically three tournaments with points awarded in each round an overall winner declared at the end. 2016 is the fourth year of it being a standalone one-day tournament.