Women in Rugby week to kick off with Gala Day 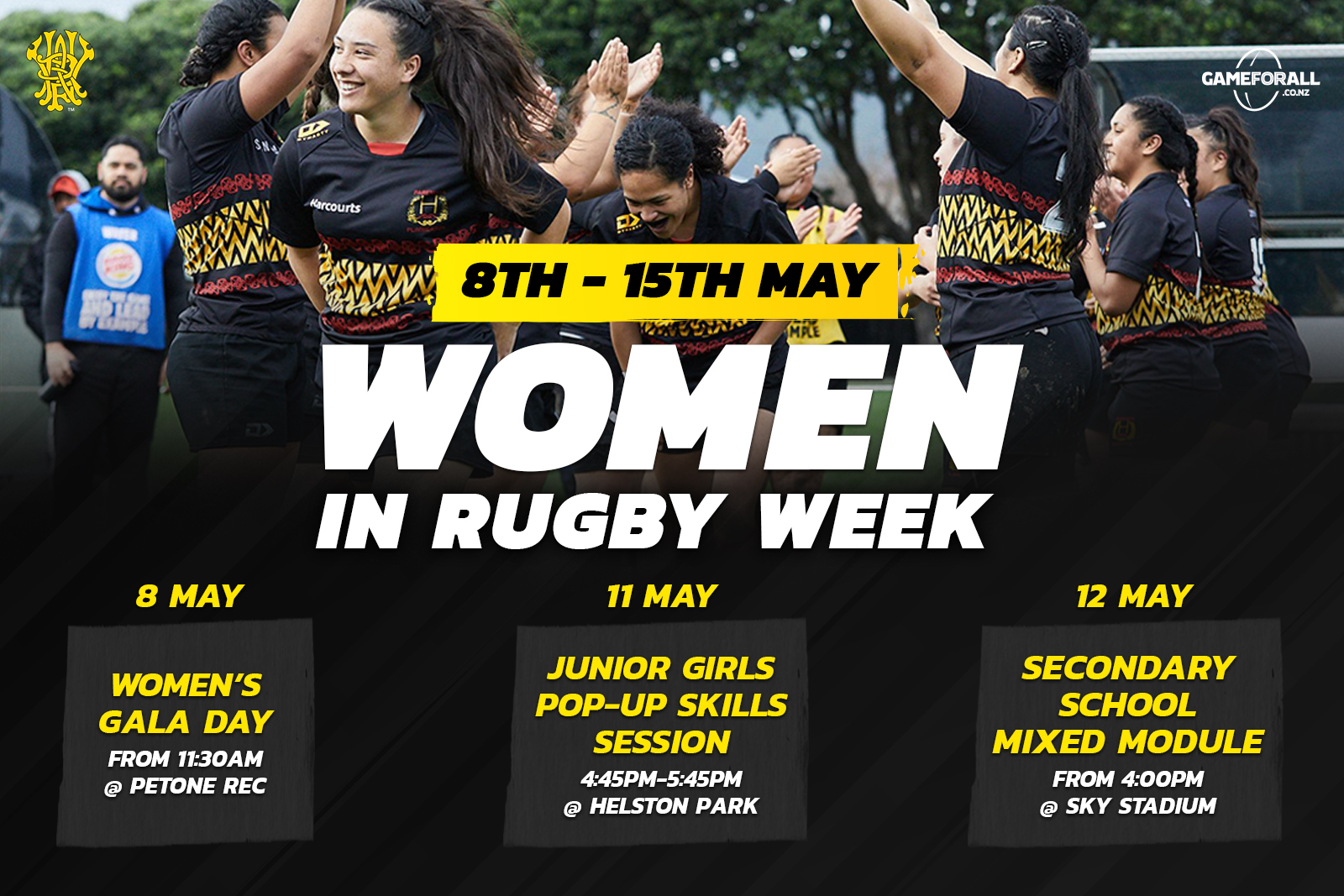 This coming weekend begins an important week on the club rugby calendar, the Women in Rugby week. Running from May 8-15, the week is designed to help further promote the Women’s game, as well as dedicating a week to the Women who already play and administer our game. The main event takes place on Saturday, where Petone Rec will host the Women’s Gala Day, kicking off at 11:30am with all 10 Premier women’s teams playing.

Following on from last weekend’s historic first-ever Women’s Super Rugby match between the Chiefs and Blues, this event could not come at a better time. With women’s rugby heavily on the rise, this is one of the steps being taken to help promote the game and continue to grow playing numbers not only within Wellington, but around New Zealand.

Adding to the excitement on Saturday, as well as a full round of Premier Women’s rugby, there will also be a Pressies exhibition match in the afternoon following the morning games. The two teams are led by Norths legend Dawn Patelesio, who has played over 300 club games, and former Black Fern international Erin Rush. Kickoff is at 1:30pm and the match will be played at North Park, across the road from Petone Rec, where the clubrooms are located.

As for the rest of the week, there are also planned events for junior girls throughout the week. On Tuesday (May 11), there is a junior girl’s skills session at Helston Park in Johnsonville from 4:45-5:45pm, open to the junior girls who are looking to develop skills. Then, on Wednesday there will also be a mixed module session for secondary school girls, with more information to come.

For more information on Women’s Rugby in Wellington, visit https://www.wrfu.co.nz/senior/womens-rugby/

Below is the match schedule for this weekend - Premier Women’s (11:30am kick off)