Rippa Round the Harbour 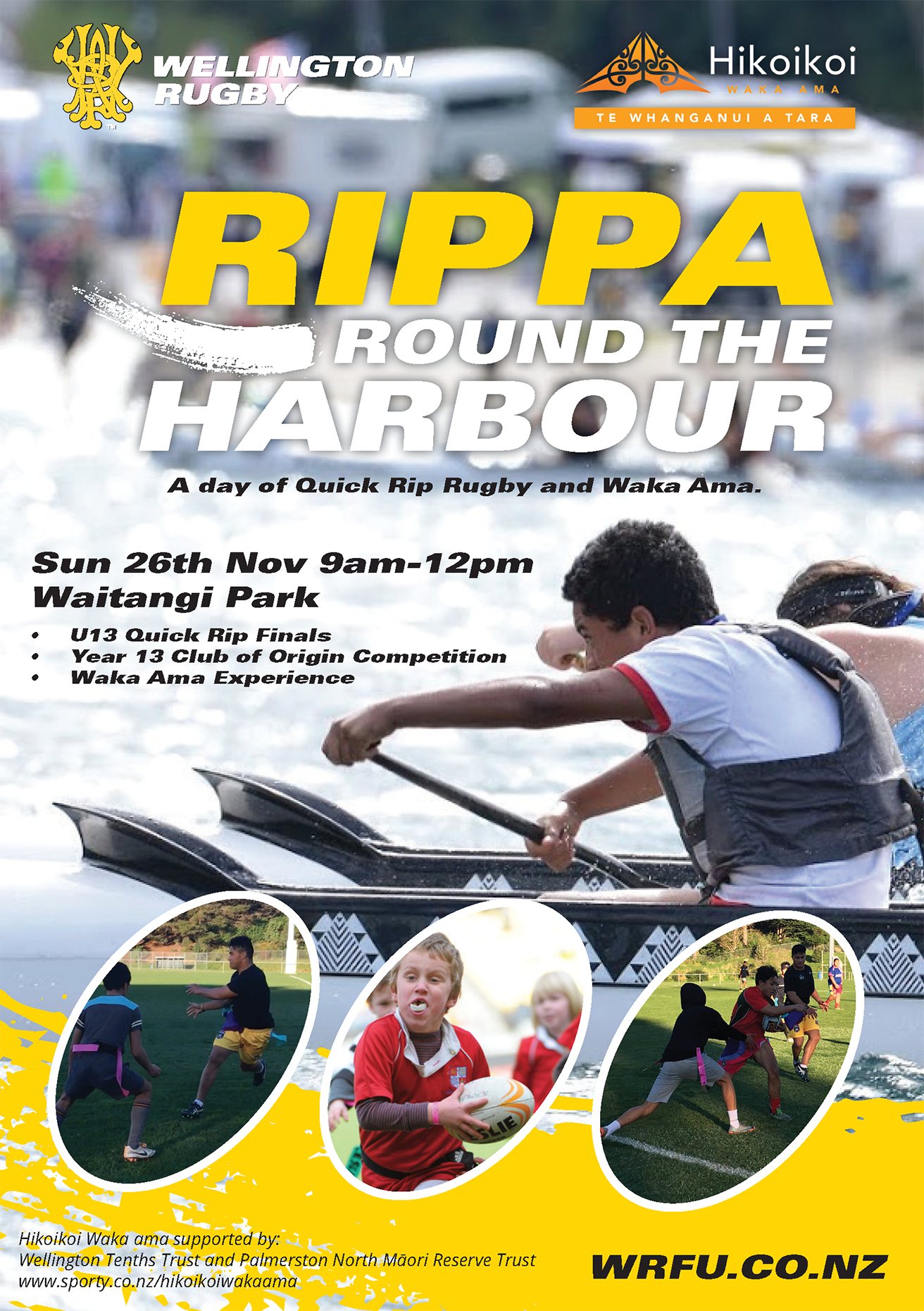 Wellington Rugby is trying something different – it’s called Quick Rip and it’s a game for everyone.

In addressing the drop off at teenage level, Wellington Rugby wants to ensure that all college students have an opportunity to participate in the game.

“We need to provide alternative options to full contact, says Wellington Rugby’s Head of Community Rugby, Will Caccia-Birch. “Some of our youth players, since leaving their junior club playing days, are walking away from the game and we want to provide an avenue for them to stay involved, because it’s all about having fun and playing with your mates. We also want to introduce new participants to rugby, and we believe Quick Rip is a great way to do this.”

Quick Rip is a modified version of Rippa Rugby but with the traditional game set piece structure which includes uncontested scrums and lineouts without lifting. Teams are 7 a-side and played cross field. It’s designed as both an introductory form of the game as well as one that can be played by current participants or those returning to the game after a break.

In trying something new, Wellington Rugby is working in collaboration with the Hikoikoi Waka Ama Club in providing a festival promoting both codes. RIPPA ROUND THE HARBOUR provides kids with  the opportunity to play Quick Rip at Waitangi Park, then a short stroll to the waterfront to have a go with the paddle in the waka.

The Under 13's Quick Rip final will comprise two representatives from each region (Western Bays, Hutt Valley & Wellington City) that will have already played a qualifying round on Monday 20 November.
The Year 13 Club of Origin is designed to foster relationships between clubs and the college students in their final year and reconnect them with the club environment they were last involved with when playing Junior rugby.