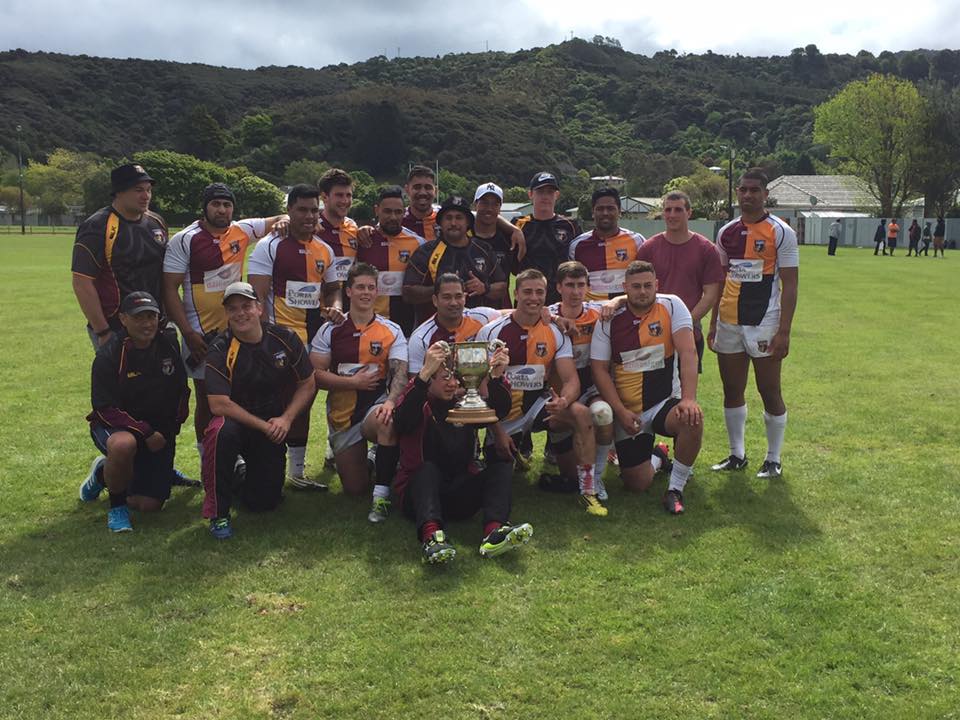 Down 22-21, Wainuiomata launched a last-ditch attack inside their 22. Daniel Schrijvers won a turnover. From the tap Joyner Key muscled ahead, drawing in two defenders before Rayasi was set free on the wing.

Rayasi was the most dominant player at the tournament. He scored 11 tries, including a hat-trick in the final. His long strides, power and nifty ball skills were a delight to watch, though sometimes he would be advised to temper his flamboyant passing.

Upper Hutt's other tries were scored by Josh Hunt and the industrious Max Pearson. Wainuiomata's effort was rewarded with tries to the impressive Nash Fiso-Vaelei, Dion Lealofi and Matthew Jacobs.

Earlier Jacobs had scored a try close to fulltime to eliminate Ories 12-10 in the semi-final. Ories appeared to have the game won when Andrew Ellis dashed away, but like he did in the last round of the Jubilee Cup, Jacobs delivered the goods at the end.

Wellington Lions prop Alex Fidow had been in commanding form for Ories. He scored three-tires and kicked a sideline conversion in a hard-earned 25-15 victory over Upper Hutt B and caused consistent concern for opposing defences.

Hutt Old Boys Marist were fast out of the blocks in pool play, but came unstuck to the Rams in the semi-finals. Rayasi was the difference again with two tries.

A Wellington team will be selected for a warm-up tournament in Auckland in a fortnight. There were a number of players who put their hands up for possible inclusion. Some of the most impressive on display included: Blake McGregor and Sheridan Rangihuna (HOBM), Jono Ihaka (OBU), Ben Peni (Avalon), Matt Peni (MSP), Esi Komaisavai (Norths), Keelan Whitman and Pepesana Patafilo (St Pat’s Town) and the before mentioned Pearson, Rayasi, Fidow and Schrijvers.

In the women's final St. Marys College added the Eleanor Roosevelt Cup to their Wellington Condors title pipping Oriental Rongotai 24-15. St. Marys rallied from 15-5 and a yellow card down to cause an upset.

St. Mary's had a player sin binned, but that inspired a fightback. Playmaker Cheyenne Copeland spotted no sweeper and kicked ahead to collect the ball unopposed.  Lyric Faleafaga then propelled them ahead with a well-taken team try before Copeland repeated the same trick to settle a memorable tussle.

St Mary’s had won all their pool matches, starting their tournament off with a 27-0 win over Hutt Old Boys Marist and scoring a try from the opening kick-off before the Eaglets had taken the field. They then beat Old Boys University and Avalon to book a Cup semi-final with Northern United who won last week’s warm-up tournament. With their tails up, they defeated Norths 26-12.

The Men’s Plate final was an electric affair; with Marist St Pat’s beating Old Boys University 33-27, rattling on an early lead and then holding off a second half flurry by OBU.

The sevens season continues next weekend with a re-scheduled Men’s Satellite 7s tournament. Details to be confirmed.