NZ Barbarians U85 Club Cup set to kick off 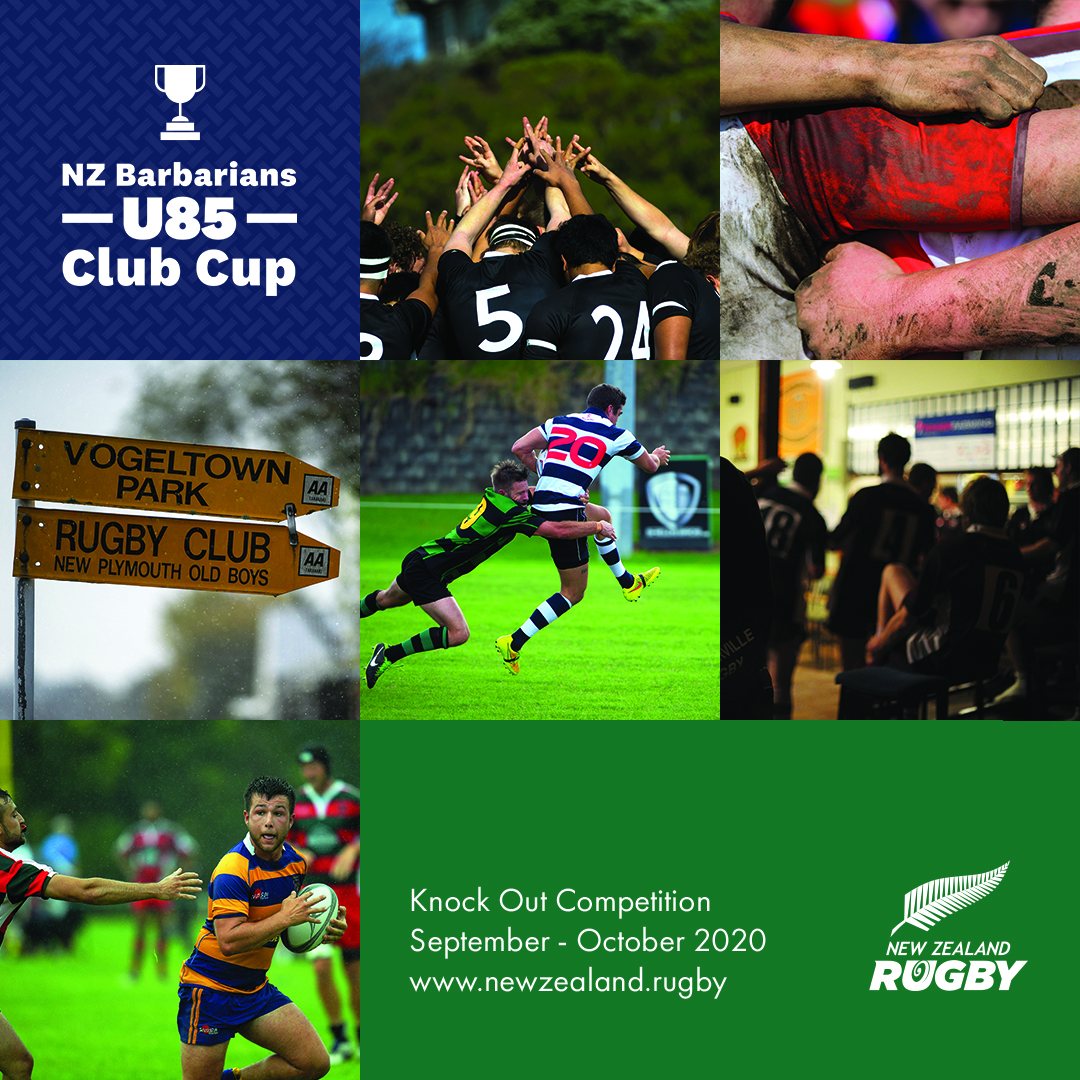 Wellington Rugby Football Union is delighted with the announcement a national Under-85 tournament will take place later this month.

The NZ Barbarians Under 85 Club Cup is proudly supported the by New Zealand Barbarian Rugby Club and will be challenged for by clubs based in the under-85kg strong-holds of North Harbour, Auckland, Counties Manukau, Waikato and Wellington.

WRFU has six local teams interested in taking part in the competition and a qualification process is currently being worked on. CEO, Matt Evans says it provides an opportunity for more people to get themselves out on the paddock and playing rugby.

“Wellington actually has four local Under-85 semi-finals being played this weekend involving around 180 people across the region.

“It’s a vitally important grade, which produces a high calibre of competition. I’m very happy to see it get some national recognition.”

New Zealand Barbarian Rugby Club President and former All Black Alan Whetton said the club had been a long-time supporter of weight-restricted rugby.

“Under 85s is a highly competitive grade, the players enjoy the camaraderie and banter that comes with being with their mates and they support their clubs religiously by using the clubrooms and amenities on a weekly basis. Long may it continue.”

“This comp gives extra credibility to an important club grade. It’s an exciting opportunity for players to be involved in this format of rugby and have a crack at making a national final.

Lancaster added that the plan for the 2021 edition involved expanding the competition back to its original intentions and allow for any club in New Zealand to enter.

“Next year, without the disruptions of COVID-19 on club rugby, we’re looking forward to being able to extend to a full national comp. We know there were a lot of clubs signalling they were keen this season so it’s a really exciting prospect.”

This season’s edition will see 16 clubs compete against one another in a knock-out style competition, with the final scheduled for the middle of October.

Former All Blacks Coach Sir Graham Henry, a long-time supporter of club rugby and player development at all levels, remains an ambassador for the competition.

“These grades have a lot of skilful and talented guys and we want these lighter players stay in the game, said Henry.

“The grades can also play an important part in helping teenagers move from school to club rugby. The more opportunities we give our players to play and develop their skills, the stronger our rugby system will be.”

Speaking at the inaugural launch in April, Henry said that keeping rugby players involved for as long as possible has wide-ranging benefits for the game.

“These 85s players are big supporters of rugby and could be future administrators, referees, coaches and sponsors and their value to rugby can’t be understated.”

The NZ Barbarians Under 85 Club Cup officially starts in mid-September with the final scheduled for mid-October.

The Club Cup draw will be available in the coming weeks as under-85kg Provincial Union club competitions finish.