Kane Thompson returns to his roots with Johnsonville Hawks 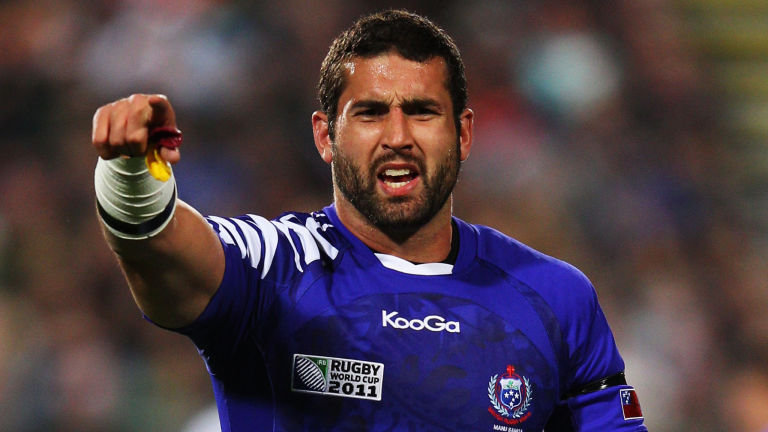 Kane Thompson's rugby career has come full circle. After starting his career in the Johnsonville Junior team, he has gone onto represent the Highlanders, Chiefs and Samoa.

Now back as a player/coach at the J'Ville Hawks, he is loving his rugby.

"I love trying to grow the game at this level and pass on my knowledge to the next generation. It's great seeing the young boys take everything on-board although I must admit, I was a Wests Boy growing up!"

Given that the Wests Roosters no longer compete in the Swindale Shield, joining the Hawks seemed like a logical choice for Thompson. He is genuinely excited by the talent coming through at the club.

"We've got some great players. Our flanker Marcus Ale has a promising future- he comes over from the Wairarapa. Anthony Pettett our lock is another player with great potential. We also have a few exciting young backs mixed with some old heads which is great"

Thompson has recently returned from Newcastle, England where he represented Premiership side the Falcons for two seasons. Despite a few injury niggles, you quickly get the sense he enjoyed the ex-pat social scene!

"We had plenty of Kiwis in Newcastle like Mike Delany, Nili Latu, Ruki Tipuna- there were five or six of us there at the time. I also used to catch-up with Phil Burleigh up in Edinburgh and enjoyed the odd party there!"

Now enjoying the laid back Plimmerton lifestyle, Thompson is starting to consider his future career prospects while completing his sports science degree.

"I'm actually taking a bit of a break studying at the moment. I'm looking to play one more provincial season with Manawatu and I'd also like to get into coaching. I was involved with coaching last year with Manawatu and Manu Samoa in the June break which I really enjoyed"

So when Thompson does eventually hang up the boots and reflects on his career, what does he think will be his favourite moment?

"It'd have to be the 2011 victory playing for Samoa against the Wallabies. We were massive underdogs so that was definitely a highlight. I also got over the chalk in that game which made it even better!"

Given his playing ability and mana, Johnsonville fans will happily accept the 'Wests boy' into their family for at least one more season.