Plenty of opportunities in refereeing for Monique Dalley 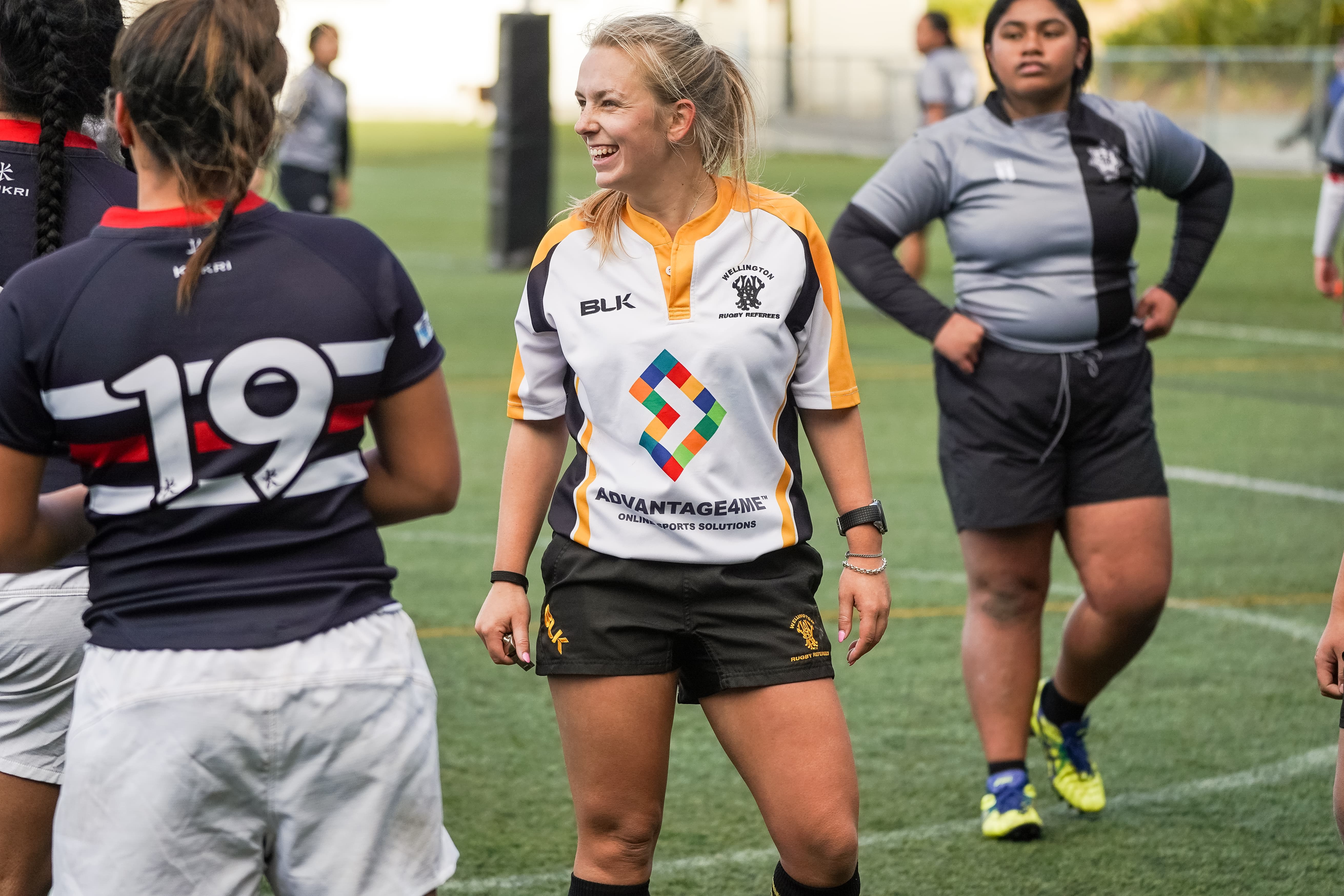 What does a newly promoted Level 2 referee do to celebrate? She hops on a plane that coming weekend for a family holiday in the Caribbean.

Monique Dalley was promoted to the Level 2 ranks this week by the Wellington Rugby Referees Association, which means that upon her return from her calypso holiday, which is of course unrelated, she will face Wellington’s winter head-on as the main match official in top division Colts, First XV, and Premier Reserve senior club matches.

“I have done three Premier Reserve matches so far, including these past two Saturday’s Harper Lock Shield rounds,” says Monique. These two recent matches were between Marist St Pats and Johnsonville, and Northern United and Petone.

“A goal of mine is to referee a Premier game in the future, which is something that a woman in Wellington has never done. If I can continue to put the effort in off the field then hopefully I will get that opportunity.”

There are several other women refereeing to a high standard around the country, with Monique being one of six women in the national squad for 2019 alongside current Sevens circuit referee Lauren Jenner (Counties Manukau), test referee Bex Mahoney (Wairarapa Bush), Brittany Andrew (Manawatu), Larissa Collingwood (Waikato) and Maggie Cogger-Orr (Auckland).

Monique has had trips away to Canterbury, Rotorua and Tauranga in the past 18 months or so, the latter two for the National Sevens. Last year she was also an Assistant Referee for the Farah Palmer Cup Women’s NPC final between Canterbury and Counties Manukau. “I also spent a lot of time out at Porirua Park last year on the Pride games, and that was a pretty cool experience.”

“My first game that I can remember is probably one of the most scary things I have ever done in my life!

“It was with a bunch of U55kg boys from Onslow College and Wellington College. It was a good time. The assistant referee, who was the father of one of the boys, was running touch for me. I came off that game quite overwhelmed, but it was a great step forward.”

Her first women’s match was Marist St Pats – Northern United last year, which was a “step up” again.

Preparing for and reviewing games is a big part of being a referee, says Monique.

“For me most of the refereeing side of things is in the preparation and the review – I spend a lot of time during the week, whether that be doing fitness training or watching footage of myself or others – and then putting it into a game-plan and researching the teams.”

Preparation is the same for all games. “I put as much preparation into an U55kgs game than I do for a senior women’s or senior men’s game.”

All the teams have different styles and personalities, so do you take that into account when preparing for a game?

“You never want to expect too much about what a team is going to do because quite often they won’t!"

“It is beneficial though discussing trends with my peers, discussing how some teams play, whether they play more openly or whether they have a big forward pack and will tend to run it up the guts a bit more.”

What happens when the referee makes a wrong decision?

“Typically in a game there are times when you have made a wrong decision, so when that happens, the best thing is to make a mental note for the game review afterwards and put it aside for the rest of the game, because you don’t want it affecting the rest of the decisions that you make.”

There are other female referees in Wellington such as Kapiti College schoolgirl Dallas McKnight, Ruby Wells, and Cath Hambly, who have been refereeing for a similar length of time to Monique.

There a lot of greys areas in rugby – are there any rules or interpretations that Monique sees as a work-on?

“There's always lots to work on, particularly for me because I am new, and also switching between 7s and 15s - but the intentional knock-on law is one.

“That is definitely a grey area, because a lot of the time it is just the position you or the players are in. There is a lot of information that goes into my head in making that decision on the spot.”