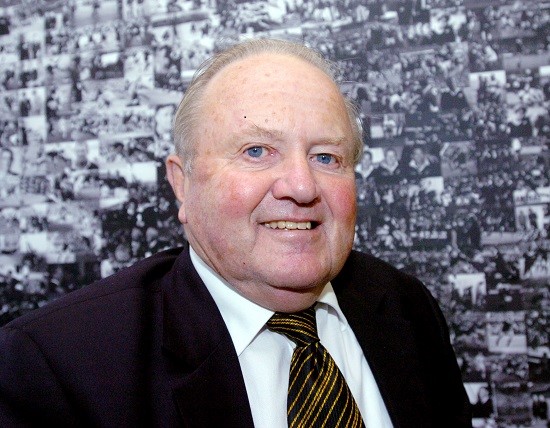 Tonks, who was educated at Khandallah Primary School, Waipu District High School and Wellington Technical College, was first appointed to the NZR board in 1986 – a time of significant change, and controversy on the rugby scene.

He was part of a drive to have more business experience on the national board, largely as the result of changing requirements in the administration of the game, especially regarding the onset of the Rugby World Cup and increasing demands, many of them led by All Black Andy Haden, for better treatment of players.

Tonks had his own exporting company and had been prominent on the Wellington rugby scene. He was a life member of the Onslow Rugby Club which later become Western Suburbs after some local amalgamations.

His appointment to the NZR Board came amid the Cavaliers controversy. The team, all but two of whom had been selected for the cancelled 1985 tour of South Africa, due to a legal challenge in New Zealand, made a rebel tour without the approval of NZR.

He became Chair of the Union in 1990 and served until 1995 when world rugby was on the cusp of going professional. He also had a stint as Chair of World Rugby.

During his tenure as NZR Chair, he was part of a controversial decision to appoint selector John Hart as a co-coach, with the incumbent coach Alex Wyllie, ahead of the 1991 Rugby World Cup in Britain and Ireland in which the All Blacks finished in third place.

Tonks told television commentator Keith Quinn in the documentary series, Legends of the All Blacks, "There has been some unrest from within the team with the coaching set-up. Grizz [Wyllie] didn't get on with a lot of the players at that time. There were certain issues the players' committee took exception to…But it was very late in the day from the World Cup point of view, and we didn't want to take a major decision, like getting rid of someone, because that would have been worse for us.

"It wasn't the most platonic relationship between Harty and Grizz and, in hindsight, I know dashed well that the co-coach set-up didn't work. They had almost identical points of view, but there was a temperamental difference. That's what caused the conflict.

"But at the time we thought it was in the best interests of the All Blacks. I was certainly one of the people behind the decision. I was the Chairman and had to lead the way," he said.