No mountain too high for Charles Visser 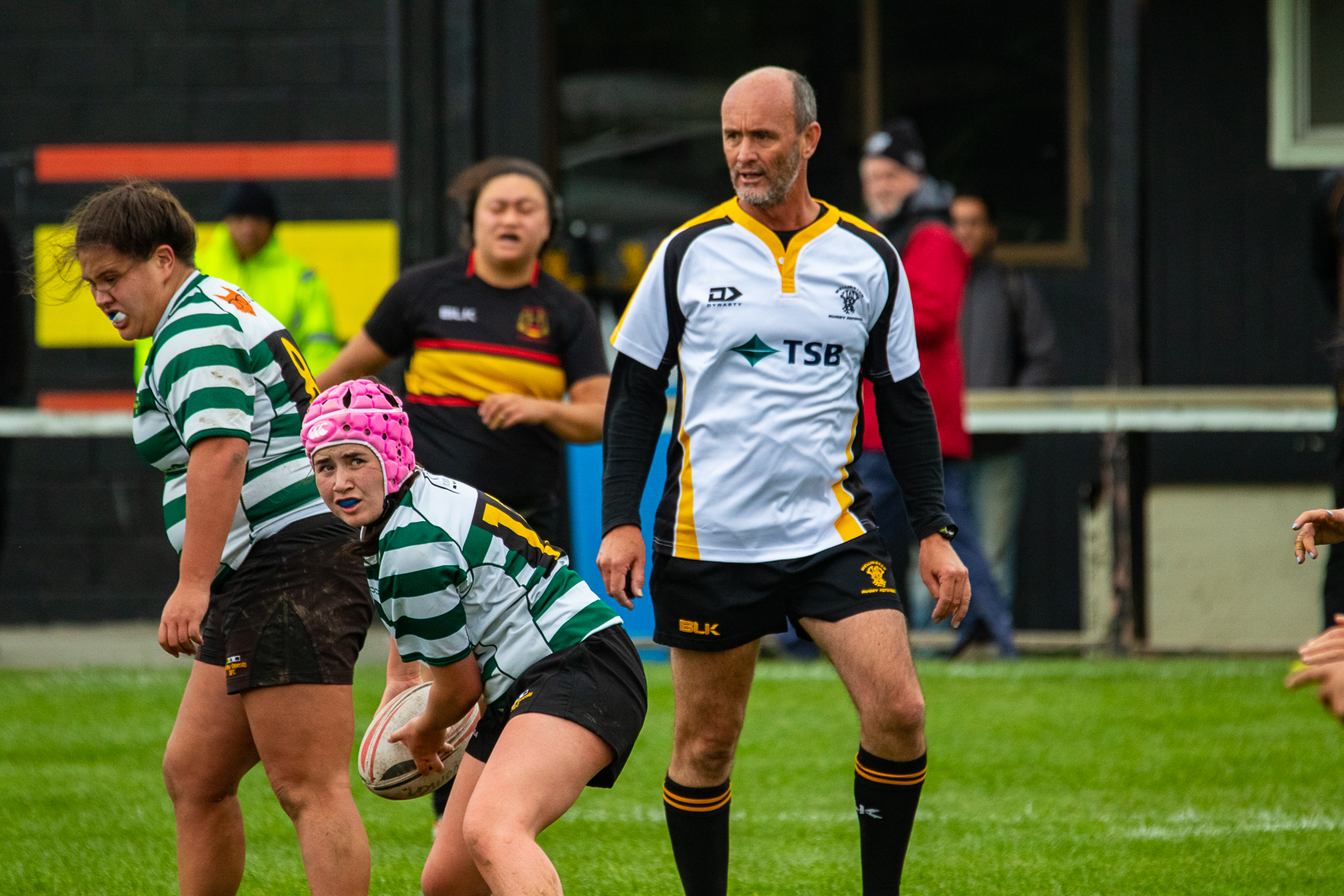 Charles Visser is overcoming challenges to be involved in the game he loves.

Visser is deaf and is a WRRA referee, having recently moved to Wellington from South Africa. He was an active member of the Western Province Rugby Referee Society in South Africa for five years and is the first deaf referee ever to officiate in games in South Africa.

Please explain your impairment and your passion for rugby?

I have been profoundly deaf from birth as my mum contracted German Measles in her third month of pregnancy.

Did you also play rugby growing up, what is your connection to the game?

I didn’t play rugby at primary and senior school because the school principal disliked rugby -  instead we played soccer and hockey, but rugby is my first love. The reason why I have loved watching rugby since I was five was because my father played rugby for Western Transvaal.

How did you get into refereeing?

I always attended my son's games and supported his school rugby by running the touch line. I was not happy with the way the referees officiated the game and often lamented their poor performance, so I decided to join the referee's society.

I went for an interview to meet the rugby referee manager and his first question asked "how will you communicate with the players seeing that you are deaf?"

My response to the manager was that I can still speak quite well and I could communicate far better with hand signals during the game than most referees. Within three months of an introduction course, a World Rugby level 1 course and a Boksmart course, I officiated my first game at a Varsity tournament and didn't look back.

What is a highlight of your refereeing?

A highlight would be the most memorable Referee Gala Award night in 2016 which I received the shield and trophies - ‘Referee's Referee of the Year Shield’, ‘Highest Pass Mark Trophy’ (92 percent), ‘Best Division Referee Trophy’ and the ‘Best Regional Referee Trophy’. Never in history had this man single-handedly achieved more awards ever.

When did you arrive in Wellington and join the WRRA?

I migrated to Wellington in June 2017 and joined the Wellington Rugby Referees Association. The highlight of my rugby refereeing in New Zealand so far would be that I was the first deaf referee to officiate the inter-zone deaf rugby tournament in Auckland during this past Easter weekend.

You have a big game coming up?

I will be the first deaf international referee to officiate the 3rd test match between the Deaf All Blacks and Argentina coming up on 1 June.

What are some of the challenges in refereeing for you?

I don't have a problem with players, coaches and spectators on the field, because being hearing impaired has not been an issue and is indeed an advantage sometimes because I can’t hear the verbal abuse from them on the sideline if they don't agree with my decisions.

I receive lots of positive feedback and encouragement from spectators and teams and am also regularly assessed by the referee’s coach. Being deaf doesn't really affect with the handling of the game and I earn total respect from them.

I usually call the captains over prior to the coin toss and go over the game and match management plan. I introduce himself as a deaf referee who blows the whistle much louder and I instruct the captain and remind him or her on their accountability of controlling the team. The rest is plain sailing!

Visser has so far refereed several Women’s, U85kg and First Grade matches in Wellington since the middle of last year. This Saturday he referees his first Premier Reserve fixture when he controls the Petone v Wellington Harper Lock Shield match at the Petone Rec.