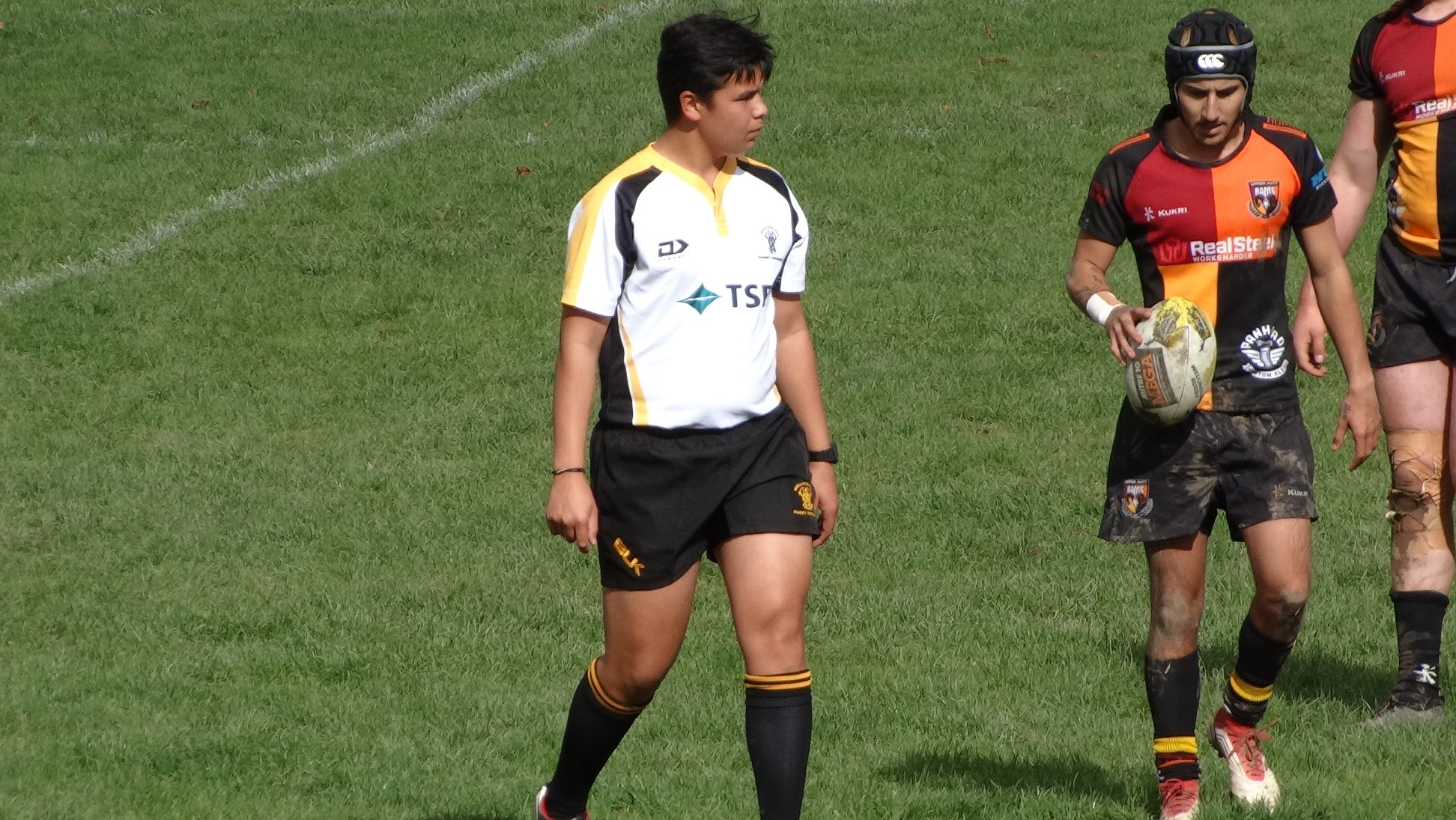 Jury Tenitenismeaton is part of a group of young referees officiating on the sidelines each week. The recent St Pat’s Silverstream student is a regular on the whistle and this week he is refereeing the Colts Division 1 match between OBU Green and Tawa.

We caught up with Jury this week.

Tell us about your background in the game?
I’m 18 years old and presently a Level 2 referee. I played for Norths all the way through the junior grades before attending St Patrick’s College Silverstream where I began refereeing. I’m in my fifth year as an official.

How and when did you start refereeing?
I began refereeing at Silverstream in 2014 after Warrick Bowden asked all rugby players if they wanted to do a refereeing programme called You Make The Call (YMTC). I had played rugby since I was six and had given the referees grief so I thought it would be interesting to see what it was like with the shoe on the other foot.

Tell us more about the Silverstream Referee programme?
The Silverstream referees programme started well before I was at College, but the driving force behind it was our Director of Sport, Warrick Bowden. Every Wednesday night we would meet in gym class and he would run us through the basic laws for sometimes three hours at a time. Along with David Walsh we would watch film of local referees and break down what they got right and wrong and how we could apply it to our own matches. This hands-on knowledge from David and Warrick was inspiring for many referees.

Who are some of the referees to come through the Silverstream programme?
We have produced a few officials who are now full members of the referees association. Josh Budge, Shaun Lynch, Tomas Roache and Ethan Loveridge are all good friends of mine and a tribute to the success of the programme.

Who else has helped you on your refereeing path?
Warrick and David have been massive, but Marius Du Toit who came to my first ever game has really helped me out. Mike Dilnott and Bernie McLaughiln are great friends of mine and my parents put up with more than they should. Before I had a license they practically held my hands to games.

What have been your personal highlights and lowlights?
There have been a few lowlights and that happens when you’ve made a bad call that influences the result or your the victim of mean-spirited and personal abuse. However there have been far more highlights. I did the WRFU U85kg final last year which went for 100 minutes and this year I went on an exchange to Auckland with the Association.

Do you have any advice for young referees?
Once you get into refereeing make friends with other referees. It helps you become a better official having open and honest relationships with others. Talking about the game with others going through the same things as you is really helpful.